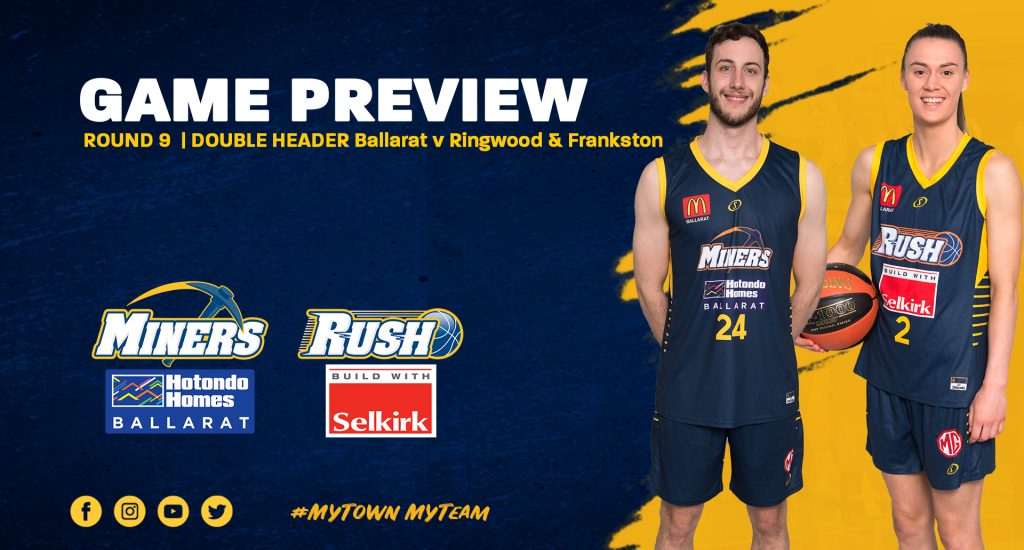 The Selkirk Ballarat Rush and Hotondo Homes Ballarat Miners face another back-to-back weekend for round nine, welcoming Ringwood to the Mars Minerdome on Saturday night and travelling to Frankston to play the Blues on Sunday afternoon.

For the Rush, coming into the weekend on a four-game winning streak, they welcome a Ringwood team that has been one of the more impressive sides in the league, sitting fifth on the ladder at 7-3.

Cassidy Mihalko (16.2 points and eight rebounds) and Megan Mullings (13.9 points and six rebounds) have been important for the Hawks and will be key match-ups for Chanise Jenkins and Joy Burke.

The Rush dominate every statistical category in this match-up, averaging more points, assists, rebounds and a better field goal and three-point field goal percentage per game.

What Ringwood hang their hat on though and what has proved successful, is their defence. While not putting up big scores (only averaging 75.4 points a game), the Hawks only allow 72.3 points, which has made up for their bottom six ranking in average points scored.

The Rush could not have ran into them at a better time though, shooting the ball at 43.3% in their last four games and averaging 89 points in those outings. 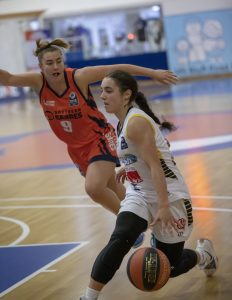 Georgia Amoore creating some space with her step back against Southern Sabres
Credit: NBL1

The quality shooting from Jenkins and Olivia Hackmann will be important to put pressure on the Ringwood defence, but making the most of Burke’s presence in the paint will be key also.

The 196cm centre stands 13cm taller than her opponent in Mullings, so being able to feed her the ball in the paint but also sharing the load on the outside will be key for the Rush to make the steady Ringwood defence feel uncomfortable.

With this height advantage for Burke alongside Lucy Cochrane who is only one centre-metre shorter, dominating the defensive glass will also be a focus point.

Ringwood are sixth in the league for offensive boards with 13 a game, so the strong hustle on the defensive end and the boards that has been shown in this four-game stretch will need to be lifted again by the Rush.

This stems to the entire squad to help prevent long rebounds, which has been a strong point for Jenkins, Hackmann and Laura Taylor, all grabbing at least five rebounds a game.

The clash kicks off at 6:00 pm at the Mars Minerdome on Saturday.

The Rush then hit the road for another Melbourne Sunday clash, taking on Frankston who sit 4-7 and 13th on the ladder.

Stephanie Reid has been a standout for the Blues, averaging 22.2 points, three rebounds and seven assists a game. This includes a 50-point and 10 assist performance against Launceston only five weeks ago.

A top five scorer in the league, Hackmann and Jenkins will have an important role to play on the defensive end to prevent Reid getting off the chain.

If this can be achieved, it goes a long way to a win for the Rush, as similarly to the Ringwood clash, they hold the edge in most facets of the game.

The Rush lead in assists and rebounds and break-even in the scoring and field goal percentage columns. Where the game breaks open though is the rebounding category.

If the girls can put together strong defensive possessions forcing them into tough shots, rebound well and get quick outlets to the running players, it will give the girls the chance to put scoreboard pressure on the Blues in transition.

This has been a strong facet of the game for the Rush these last four games, led by Jenkins and Hackmann, and if it can continue it will go a long way to another win on the road.

The game tips off at 12:30 pm on Sunday at the Frankston Basketball Stadium.

The top of the table Miners come up against a 3-7 Ringwood side who sits 17th on the ladder heading in the Saturday evening clash.

For the Miners the answer is simple, play good defence and the result should fall their way. This is the case in every game for the most part, but even more so this week.

Even with their second last placing on the ladder, Ringwood sits second behind the Miners in scoring with 92.1 points a game. They shoot the ball at 45% and lead the league in assists with 20.3 a game. 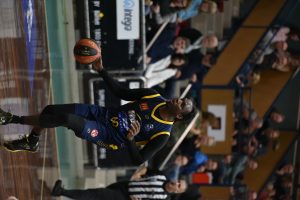 The Miners are no stranger to strong offensive units, having proved their defensive capabilities against top scoring teams Albury Wodonga and Nunawading, keeping them to 63 and 87 respectively. This effort and their top three ranking in steals and blocks will all be required again this weekend.

Ringwood’s downfall comes on the defensive end where they allow 95.2 points an outing, which the Miners will be hoping to exploit.

The boys ability to get multiple stops and hurt the opposition on the offensive end has been a key part of their winning start to the season, going on big 11, 12 and 13-0 runs to shut teams out of games.

Ringwood has struggled to prevent baskets on the defensive end, so it will be important for the Miners to do this to get their confidence down early in the contest and put the game out of reach quickly.

The match-up follows the Rush game at 8:00 pm at the Mars Minerdome on Saturday.

The boys then hit the road for Frankston, who sit eighth on the table with a 6-5 record and are coming off two wins last weekend.

Similarly to Ringwood, Frankston are a strong offensive team, averaging 89.9 points a game but they allow a lot on the defensive end with 89.2 points a game.

Deng Acuoth has been superb defensively for the Miners, but it will be up to the wing players this week to carry a lot of the defensive load.

The length of Jerry Evans Jr. at 208cm, Kauny Kuany at 198cm and Short at 196cm will be important to close out strongly on these two shooters and make life difficult for them, hopefully forcing them to second guess their shot and get the ball out of their hands.

The Miners love playing away from home, going 7-0 on the road to start this NBL1 season, and another solid effort will be required in one of their longer road trips for the year.

The game kicks off at 2:30 pm on Sunday at the Frankston Basketball Stadium.