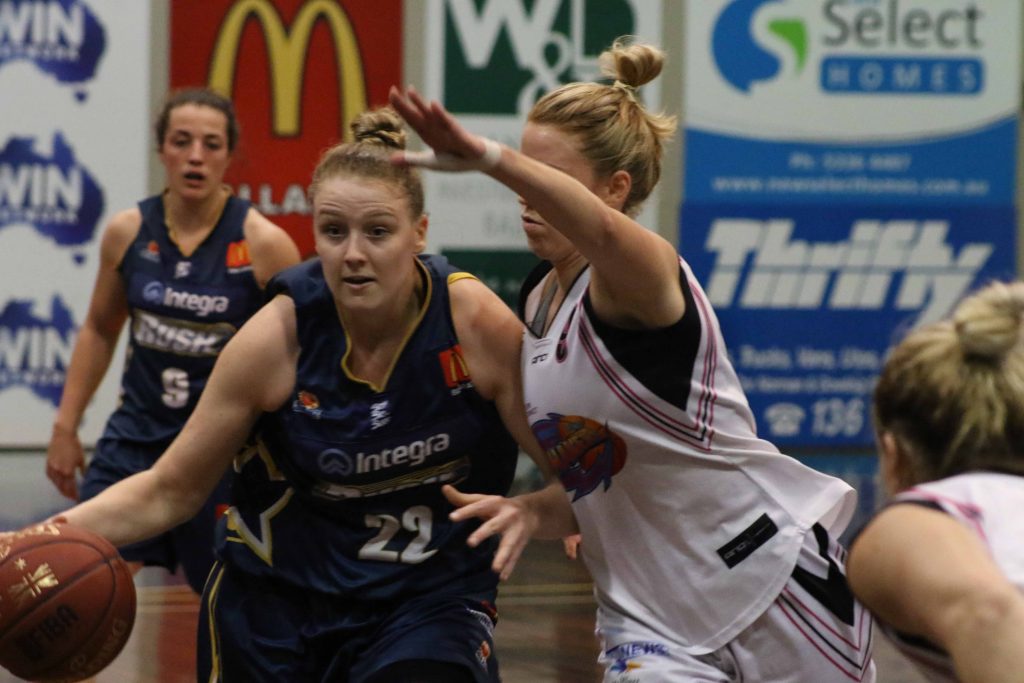 The Ballarat Rush did everything they could to end the season fourth on the ladder.

They came away with the win over Basketball Australia Centre of Excellence, 94 – 90.

Unfortunately, it was not quite enough for them to clinch the final playoff spot. Reliant on Hobart losing both games of the round, Hobart managed to take one win, about 30 seconds after the Rush triumphed over BA COE.

Ashleigh Spencer was outstanding with 33 points and 5 assists, whilst Jaterra Bonds was excellent for the Rush with 26 points, 12 assists and 5 steals, and probably one of the longest threes we’ve seen in a long time!

They managed to withhold a resurgent BA COE in the fourth, and held on to win, 94 – 90, in a high scoring encounter.

Head Coach Dave Flint, said he is “very, very proud of the group.”

“For a team in any sport to lose their first 9 games, and not play well collectively, and then to force a team to win their last game of the season or else we make the top four is amazing and for us to win 11 of our last 13 games and one of those was a one point loss here, is outstanding.”

This whole team played well and it starts with JT and Joy, said Flint.

“Splash had a tremendous last half of the season, Kristy as captain was awesome, and then our younger bench players who got a chance to play for the first time this season is amazing and hopefully that will keep them in great stead going forward, but I cannot say enough about how great it is that the group didn’t quit” said Flint.

When referring to Ashleigh Spencer and Jaterra Bonds, Dave noted “I think it is great how those two have played so well together, they have been such a huge part of how well this group has played.”

“It’s great to have a chance to sit back and watch them play and not have to coach them that much, so what they’ve learnt and how they’ve grown up, to see a team come so far in such a short time is amazing. Its good, I’m happy for them.”

“I played and coached in this league for years and I have never ever coached or played with a group like this that just didn’t quit and they improved so much over the course of the season, it’s amazing”, said Flint. “This year makes that time worthwhile and all those drives, those late nights, after practice, but to see the way they played the last half of the year, is worthwhile.”