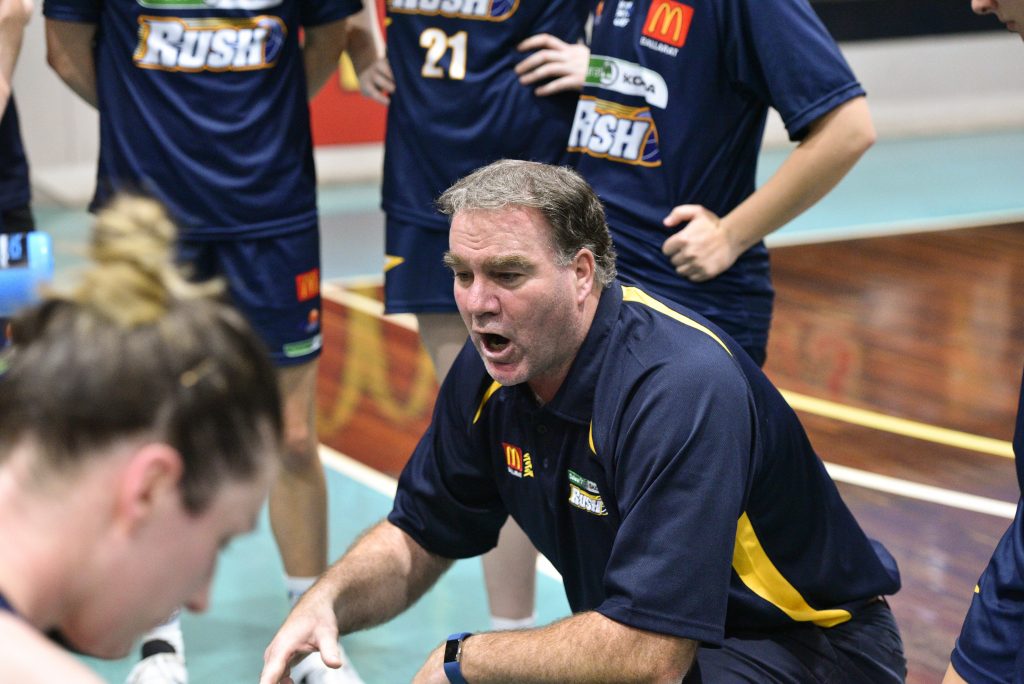 After five years of travelling to Ballarat from Bendigo at least three times a week, Ballarat Skoda Rush Head Coach David Flint has decided not to seek a contract extension for the 2018 SEABL season.

Flint first joined Basketball Ballarat in 2013 after Guy Molloy was released from his contract with the Miners to pursue a full-time career offer in Melbourne.

With very little time to plan the 2013 season Basketball Ballarat reached out to David Flint who was an experienced coach and more importantly a quality leader and person.

Flint who is a Bendigo Legend from his playing and coaching days there, was the Head Coach of the Miners in 2013 and 2014. Flint led the Miners back into the SEABL Finals for the first time since 2006 before moving to the assistant role under Eric Hayes in 2015.

In 2016 Flint moved to the Rush program and has been the Head Coach for the past two seasons narrowly missing the SEABL Finals in both years. In 2016 the Rush were 12 wins and 10 losses.

2017 saw the Rush overcome a slow start to storm home and finish the season 11 and 11 greatly improving on the 2014 and 2015 seasons when the Rush combined to win only 11 games. Flint was also instrumental in recruiting both Joy Burke and Ashleigh Spencer to the club.

Flint said “Five years ago when I joined Basketball Ballarat it was hard decision to coach against Bendigo, but Ballarat is a fantastic club lead by great people and it has been a pleasure to be associated with them.”

Flint added “if opportunities in the future arise and my work and family life align I would love to continue my involvement with Basketball Ballarat in some capacity. It is a great club, with an even better culture and an incredibly bright future”.

Basketball Ballarat CEO Peter Eddy said “In addition to his regular travel commitments to coach from Bendigo, David has also been working in Stawell over the last two years which has added significantly to his travel burden.”

Eddy added “David’s character, his sense of duty to our program, his eagerness to develop others as coaches and his commitment to both the Rush and Miners programs have all been first class.”

Senior Elite Teams – Rush Chair Kym Cassells said “David took over from Peter Cunningham and has developed our program further, we now have a strong foundation for an incoming coach to build upon.”

Cassells continued “The Ballarat Skoda Rush Head Coach job will be advertised with applications now open and closing on Friday September 8. We are looking for an experienced coach to fit in seamlessly that will continue to drive our program and culture in the right direction”.

The Ballarat Skoda Rush look forward to announcing the Head Coach in the coming weeks followed by player signings as they look to make the SEABL Finals in 2018 for the first time since 2013.