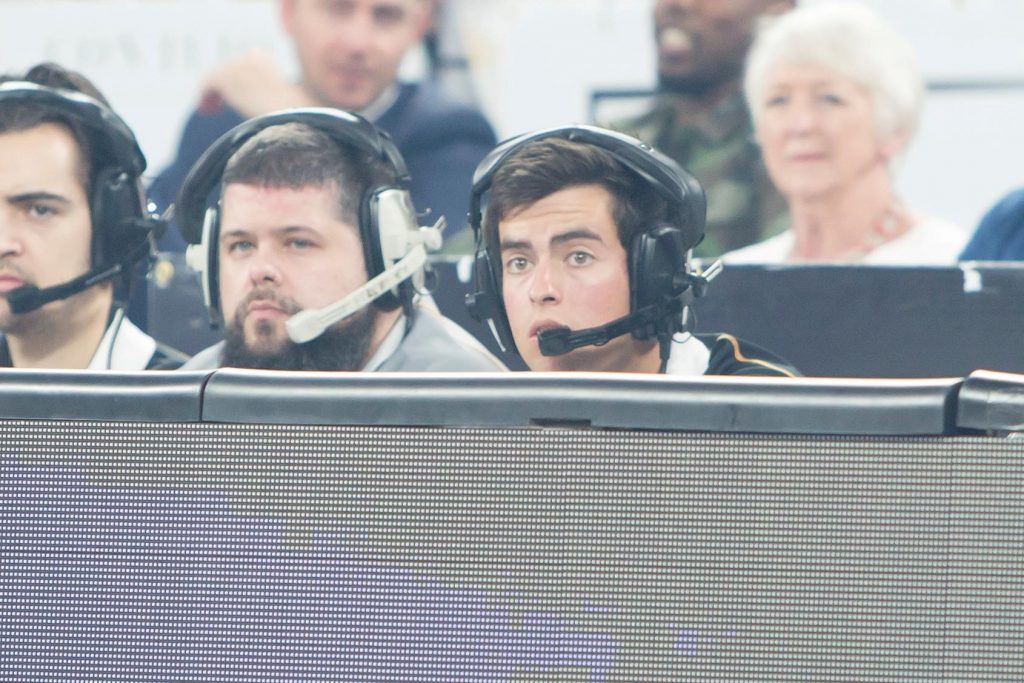 Basketball Ballarat statistician Matt Zakynthinos has been selected to go to the 2018 Gold Coast Commonwealth Games.

A statistician’s role in Basketball is to record the entire game’s statistics for both teams. A program has been developed and is being constantly upgraded to allow statisticians to import all the information which then exports it for coaches and fans alike to easily decipher.

Zakynthinos has been working on the Ballarat Miners and Rush home games stats bench for the last 11 years after initially getting involved through his cousin, Jason Crosbie, who has been running the stats bench for more than 15 years.

After his first taste, Zakynthinos enjoyed one of the best seats in the house and was soon rostered on to Junior National Championship games which were held in Ballarat. From early on in his statistician’s career he also worked on NBL South Dragons and Australian games providing great motivation to continue with the statistician role.

As for the 2018 Commonwealth Games role, Zakynthinos first heard about it in early 2017 so he submitted an expression of interest. In July, Zakynthinos was invited to do the stats for the Melbourne United vs Chinese Taipei friendly game. Zakynthinos said “A few other statisticians who also applied were involved and we all rotated through the different roles of a statistician which included calling, in-putting onto the computer and also spotting in case something is missed or clarification is needed with the score bench. It didn’t take me long to figure out that I was being tested and the pressure was on from there.”

Zakynthinos was told late in 2017 that he was successful and will be one of five Victorian statisticians to be working at the Commonwealth Games.

Zakynthinos has been a statistician for the last 10 years and says “The best thing about being a statistician is by far the free front row seat to games” but added “I’ve also had the opportunity to gain skills in communicating with people, whether it has been head coaches, game officials or team managers, and also my problem solving ability has greatly improved.” Zakynthinos finished with “Not everything goes to plan sometimes, technical faults do occur, and the ability to fix these problems quickly and as efficiently as possible is really important for our accuracy.”

Zakynthinos through his role with the Commonwealth Games will miss three weeks of Ballarat SEABL and Youth League Miners games and Basketball Ballarat are looking for new members to join the statistician game night staff.

Anyone interested in becoming a statistician should contact Basketball Ballarat Elite Teams Administrator Melissa Thomas melissa.thomas@ballaratbasketball.com who can provide more information. Anyone interested will be invited to a game to observe and gain an understanding of the role before being provided the opportunity to work on a game.