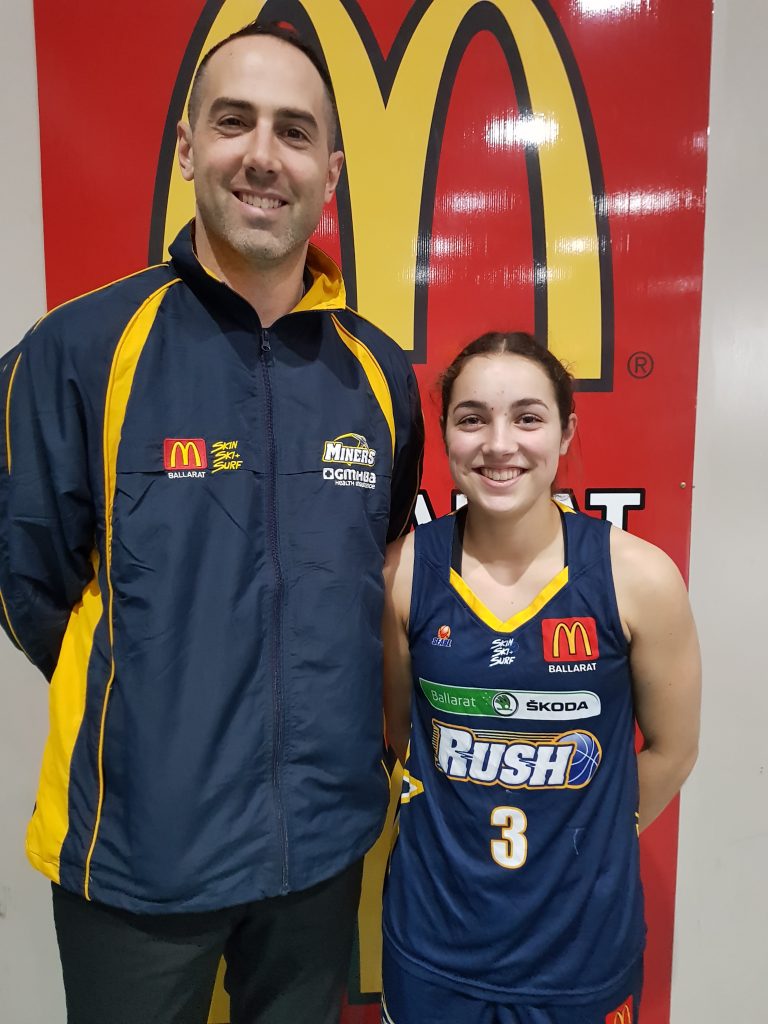 As international basketball moves into a new qualification era for FIBA World Championships, Basketball Australia has named the athletes to represent the Australian Crocs and Sapphires ahead of the 2017 FIBA Under-16 Asia Cup.

This year Basketball Ballarat is proudly represented at U16 National level by athlete Georgia Amoore and coach Nathan Cooper-Brown.

The selection camps were held from September 4-6 at Basketball Australia’s Centre of Excellence in Canberra with 12 athletes then chosen to represent their country at the FIBA U16 Asia Cup.

Amoore, a member of the SEABL Rush, and who recently won gold with the Victoria Country U18 Women’s team at this year’s Australian Junior Championships in Townsville, has been rewarded for her hard work and success. Cooper-Brown, Basketball Ballarat’s Manager of Athlete and Coach Development, has seen roles with Basketball Victoria, and most recently named the new Head Coach with the SEABL Miners, blossom into a role as Assistant Coach with the Australian Men’s team.

While the venue and date for the men’s event is yet to be finalised, the women will compete in Bengaluru, India from October 22-28 in the same location as the Opals’ FIBA Asia Cup last month.

The impressive group of 12 males and females have been chosen after a gruelling camp, and are all now eager to represent their country in the continental battle.

Amoore, who boarded a plane yesterday with her teammates, is excited for the opportunity to wear the a green and gold jersey, “This is something I have been working very hard for, all the early morning trainings at the Minerdome, and being able to compete against the talented women on the Rush, has been great preparation.” Amoore, a member of Basketball Australia’s National Performance Program (which identifies future Boomers and Opals), is ready to get on floor and compete against Asia’s best, “earlier this year I was invited to the Australian Development Camp at the CoE, it was a wonderful experience which allowed me to compete against Australia’s best young talent. I can’t wait to get to India”.

Cooper-Brown commented on Amoore’s selection. “It’s been a joy watching Georgia develop. She has truly dedicated herself to her game, and I couldn’t be prouder of her. I know the kind of effort she will put in at Cup, she’ll give herself every opportunity to earn minutes and be successful.”

Cooper-Brown commented further on his own position. “I’m incredibly honoured to represent my country, this has been a long-time coaching goal. Being able to work with Head Coach Justin Schueller, Assistant Coach Dave Ingham and these players will be a real highlight. I’m excited to see what these athletes can do when we get to our tournament. We have a goal of winning the Asia Cup, so the extra preparation will be a detailed and intense few months.”

You can follow all the FIBA U16 Asia Cup action via the FIBA homepage, FIBA Twitter/Facebook, and watch the games live via the FIBA YouTube channel.