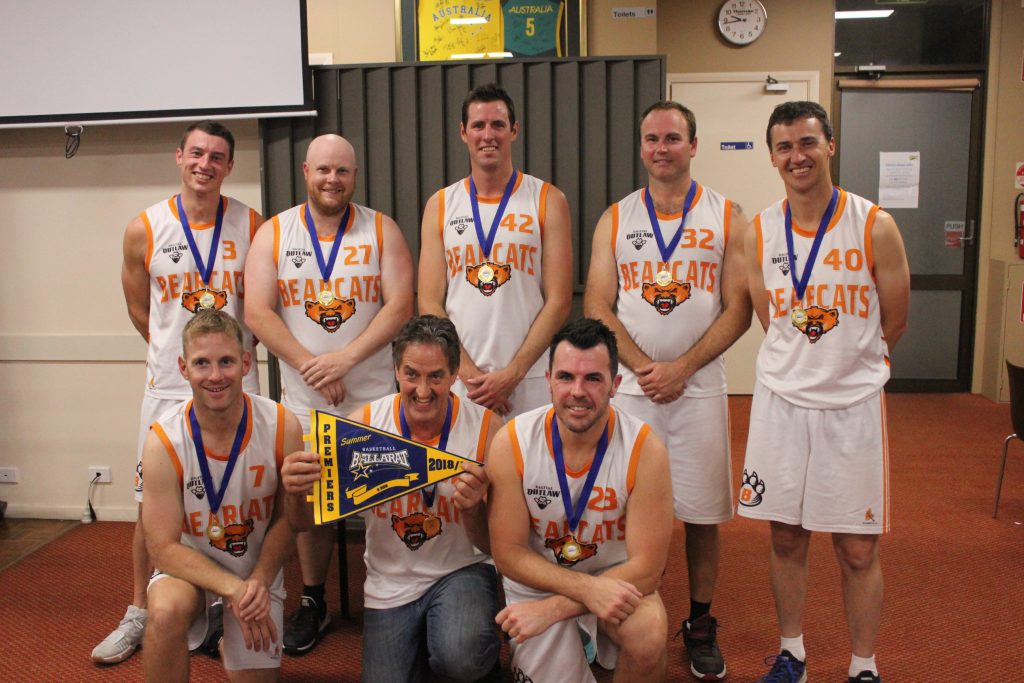 The Ballarat Bingo Centre Bearcats have clawed their way to victory in the A Grade Men’s 2018/19 Summer Season finals at the Mars® Minerdome on Monday night. The team captured their first A Grade premiership since joining the competition 12 months ago.

The game saw the Bearcats take on Saints Basketball Club for the second season in a row, this time coming out victors 43 to 38 in the final match of the season. Coming in as underdogs they managed to capture their second win against Saints for the season, being Saints only two losses for the campaign.

The game remained neck and neck throughout with neither team really getting the advantage on the scoreboard. Some crafty shooting by Nathan Cavanagh early got the Bearcats out to a 10 point lead in the first half, only to be reeled in by some 3 pointers from Jack Sullivan and Jackson Ford. The game was tied at 22 all going into the half time break.

Saints Big men started to take control early in the second half with Amos Brooks and Phil Benn getting their hands on it more throughout the offensive sets and converting the looks. But that was short lived when Phil Benn went down with what looked to be an ankle or achilles injury.

This provided the space needed for Nathan Cavanagh to get some easy looks and he didn’t give them up. Knocking down 12 of his game high 21 points in the last 10 minutes of the game.

It looked like it was going to go to overtime with 5 minutes to go with neither team skipping ahead until the last 30 seconds where Ben Stott iced the game with an easy look under the basket. A fantastic finish to a fiercely contested game, Bearcats were victorious for the first time since joining the A Grade competition.

In other games Saints secured the A Grade Women bragging rights with a win over Celtic Tigers Red 52 to 31. Rollers took out the A1 Men competition 51 defeating Saints Blue 42, Exies Acmy turned the tide in the A1 Women competition beating Drummo Dragons 29 to 19. Saints White took out the A2 competition 55 defeating Sovereign Knights White 37. Wildcats managed the double winning both the 18 Girls Blue and Red competitions.