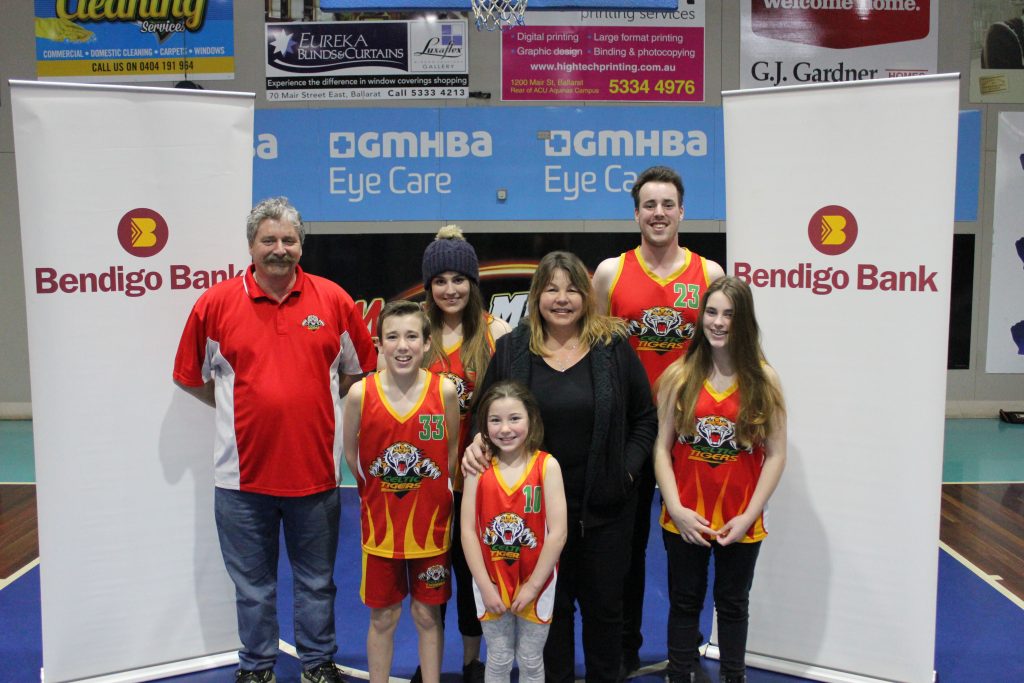 It is with great pleasure that the Celtic Tigers Basketball Club nominate the “Tilley” Family as their Family of the Week.

Andrew & Barb Tilley and their Family have been valuable members of Celtic for over 12 years.

During this time, each of their 5 children, Damon, Kira, Meg, Jack and Mia, have all played basketball with Celtic at some stage or another.

Damon began playing as an Under 10 lad and has amassed almost 500 games with us. He is currently playing in our A Grade men’s team.

Jack has been playing for the past 3 years and has played almost 100 games.  He currently plays in one of our Under 14 teams.

Young Mia played a few games but never caught the “Basketball Bug” like her older siblings.

Andrew is a much loved coach who has taken charge of various boys teams for a number of years and currently coaches the under 14 team that Jack, plays in.  He is honest, reliable and totally dedicated to helping the boys in his team be the best basketball players they can be.

Barb Tilley is an awesome basketball mum.  She has spent the past 12 years making sure her children get to training and their games, and when you have so many children playing, it’s a huge amount of running around!  She is always available if anyone needs a bit of help with something and is always the first to volunteer her assistance and advice.

It has been an absolute pleasure having this family involved with Celtic for so many years and we look forward to many more years of your company.

Congratulations on a well-deserved Family of the Week award.