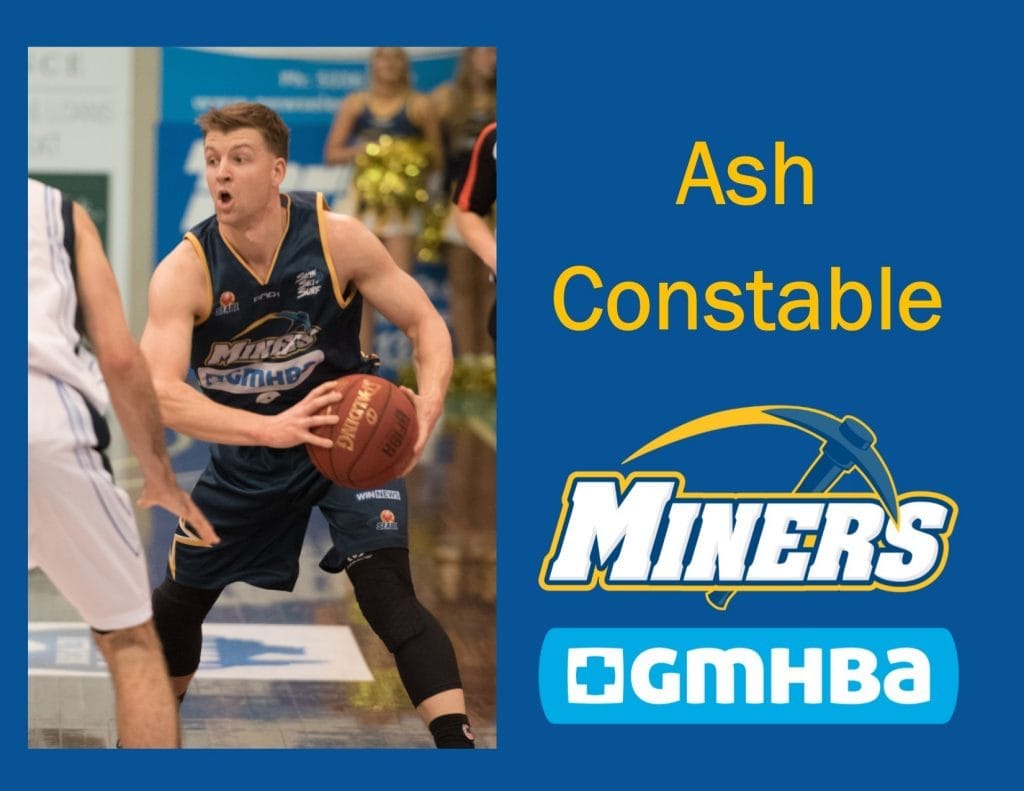 The GMHBA Ballarat Miners are pleased to announce the re-signing of 2016 co-captain and point guard Ash Constable for the 2017 South East Australian Basketball League season.

Constable who averaged six points and two rebounds a game in 2016 returned to Cairns in the off season as a Development Player for the Taipans. “I’ve being training and working on my game hard up here, really building my knowledge and challenging myself to improve” said Constable.

Constable had his best SEABL game against Melbourne Tigers where he scored 21 points in just over 23 minutes of court time.

GMHBA Ballarat Miners Head Coach Eric Hayes commented on the Constable’s return “ It is great to have Ash back as he was one of our team leaders in 2016 and he has been part of the program for many years”.

Constable is due to be back in Ballarat some time in the next two to five weeks depending on how the Taipans end their NBL season. Hayes added “Ash brings back experience at the SEABL level and hopefully he has also developed further with his role at the Cairns Taipans.  The professionalism and hard work attitude he brings to the group will also be invaluable as he will help us develop a new culture for success on and off the court.”

Whilst back with the Miners Constable will be returning to University full time at Federation University Australia to complete a number of units in his teaching degree. Constable added “I also want to put time back into the community; the community work is important, not only does it allow us to contribute positively it also helps bring the crowds in which give us a boost on the court.”

With the signing of Constable it brings the Miners team to seven players. American Imports Davon Usher and Marvin King-Davis will be arriving at the end of Febuary and will joing Chris Smith and Cam McCullum at weekly training session before being joined by Constable, Craig Moller and Sam Short who will all continue with their NBL games and training before arriving in Ballarat.