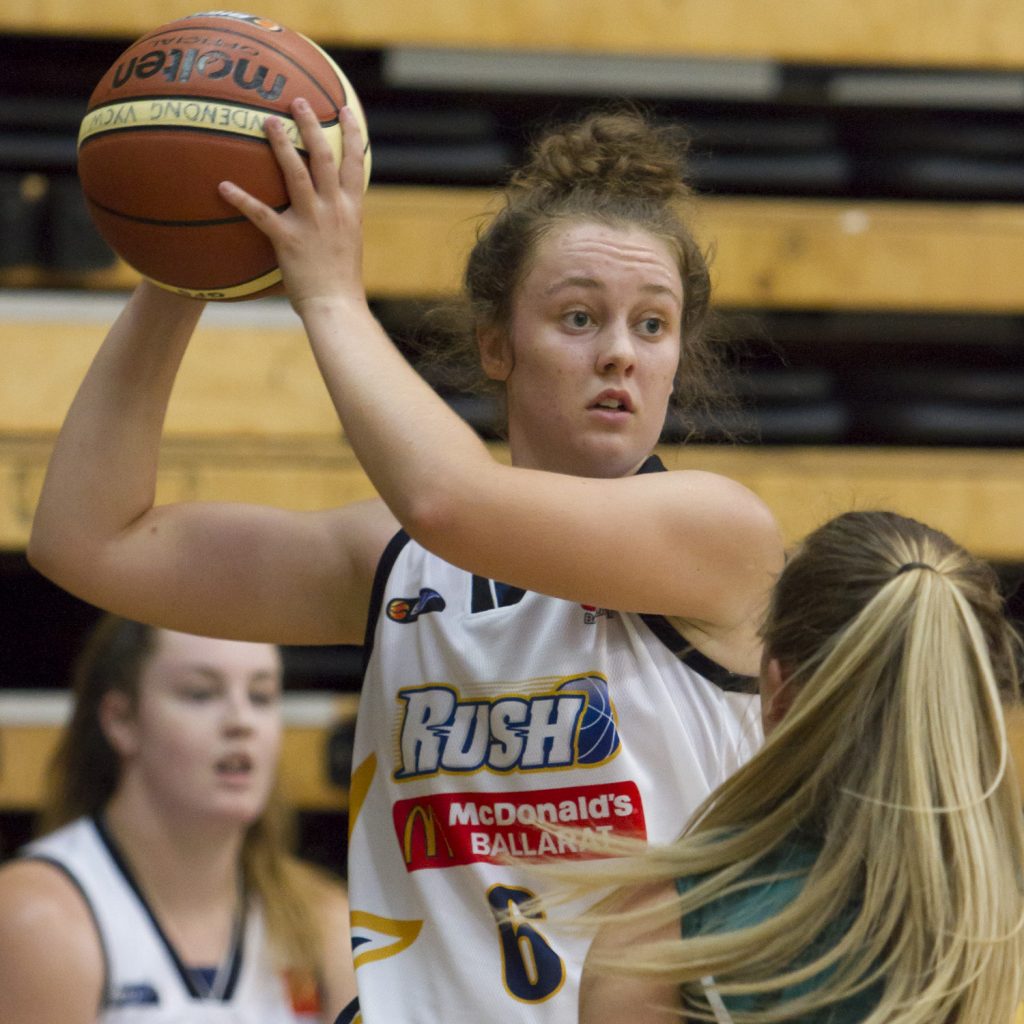 The McDonalds Ballarat Youth League Miners and Rush will play in their first home game for the 2017 Big V Youth League Season on Saturday night.

The McDonalds Ballarat Youth League Rush kicked off their season last Sunday at the annual Big V tournament where teams in the Championship Division play their first game. The Rush came up against regional rivals Bendigo in a hard fought match eventually going down by 15 points.

The game started at a frantic pace with Bendigo getting the jump on Ballarat through some solid transition from one end to the other leading by eight points three and a half minutes into the game. A quick timeout settled the team. Taylah Wynne started to find her range outside along with a handy steal to get the Rush back into the game. Isabel Fraser came off the bench and made an immediate impact shooting a baseline three point shot to see the first quarter out with Bendigo leading by five.

Laura Taylor came out firing at the start of the second shooting five points in just under a minute to draw the Rush closer to their opponents. Bendigo’s talls were proving to be a handful by continuing to score in the paint along with a consistent stream of threes from Jess Rennie. Ballarat kept in touch with successful free throws from Claire Constable, Amelia Jarvis and Claire Blower along with a Wynne three to finish the half trailing 34-41.

Bendigo went on a 19-5 run going into the third quarter running the fast break on several occasions along with some consistent outside shooting.

McDonalds Ballarat Youth League Miners Head Coach Travis Hewish said “The team is coming together nicely, we have lots of new faces around the team and some bright up and coming players” Hewish continued “We have had a long pre-season which started well before Christmas so it will be nice to get out there and start the matches.”

It also allows SEABL Rookie players the opportunity to get minutes, Ross Weightman and Tristan Fisher are prime examples of this. Whilst sitting on the bench for the GMHBA Miners in the SEABL they get valuable court time with the McDonalds Ballarat Youth League Miners, which means when Eric Hayes GMHBA Miners Head Coach calls upon them in a SEABL game they are ready to go.