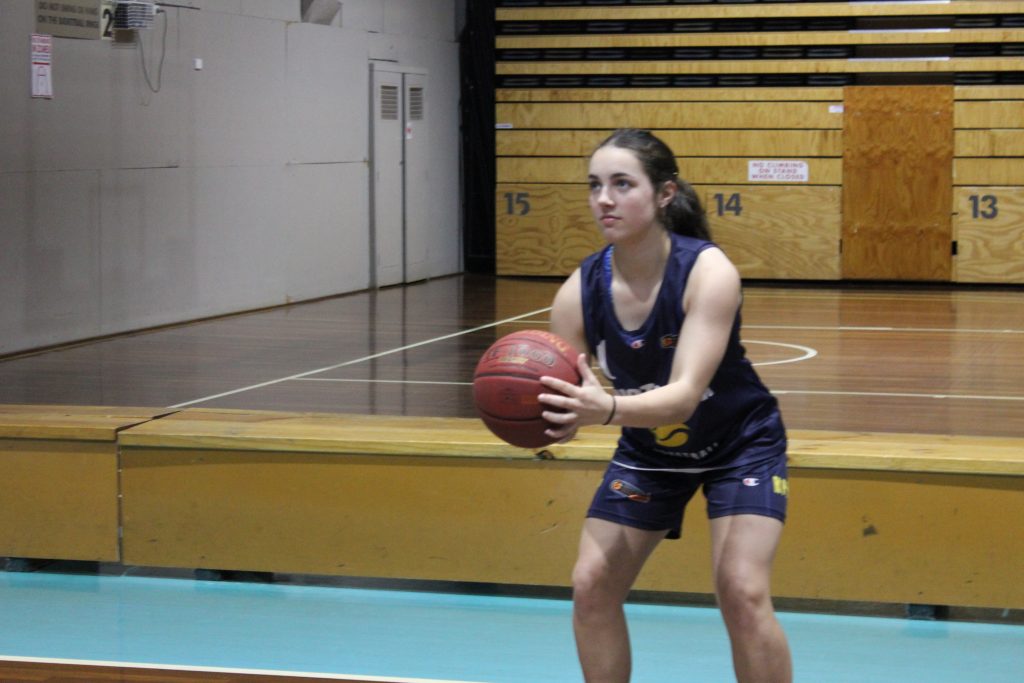 In an exhibition of hard work paying off, Basketball Ballarat junior Georgia Amoore has been invited to the 2017 Australian Development Camp at the Basketball Australia Centre of Excellence in Canberra.

Along with Amoore another 39 athletes have been offered invitations to the 2017 Australian Development Camp (ADC) from January 22-25.

The ADC offers a mechanism to identify future Australian Boomers and Opals as well as assess potential scholarship holders for the Centre of Excellence via the 20 men and 20 women who will be in attendance.

Players are also given the development opportunity to learn under the top coaches in the country through Centre of Excellence head coaches Adam Caporn and Kristen Veal as well as assistant coaches Matthew Paton and Michael Cassidy who will help expose the athletes to the Boomers and Opals style of play.

Basketball Ballarat Manager of Athlete & Coach Development Nathan Cooper-Brown commented on Amoore’s selection “Georgia is a testament to what can be achieved if you put your mind to something, and she has embraced the pathway offered here.” Cooper-Brown continued “This is a wonderful opportunity for Georgia to go against the best in the country. Her determination and accountability for her own development has been rewarded by this selection.” Cooper Brown finished with “Georgia has a tremendous future in the game, and everyone here at Basketball Ballarat couldn’t be prouder of her”

In 2016 Ballarat was represented by Sam Short and Josh Kunen at the ADC, Kunen has since moved to Melbourne with family and has again been invited to again attend the ADC in 2017. Meanwhile Short represented Australia at the under 18 Albert Schweitzer tournament in Germany and debuted for the GMHBA Ballarat Miners. Short has continued to improve his game and will attend the u/19 Australian Emu’s training camp next week in preparation for the FIBA Oceania Qualification Tournament in December which will qualify Australia for the under 19 world championships in 2017.

In further good news, a second ADC will be held in September/October 2017 to coincide with school holidays with the high performance managers to determine the skill set package for that camp at a later date.

Amoore is excited to attend the ADC “I’m so pleased to be recognised by the countries High Performance coaches. It’s really exciting to able to get coached by the best and play against the best.” Amoore’s busy year of basketball has continued with the start of the VJBL season and on Sunday she departed for the National Performance Program (NPP) European/USA tour where she will get exposure to the international game, and be able to compete in front of high school and college recruiters.

Amoore commented on work ethic and motivation “I’ve really focused on my direction and my habits, and through belief and confidence in myself it’s been wonderful to achieve these important two steps in my pathway”. Amoore was eager to thank the people around her “I feel fortunate to be able to reward the people close to me who have believed in and supported me, in particular my family, coaches and Basketball Ballarat. I look forward to doing them proud both overseas and in Canberra”