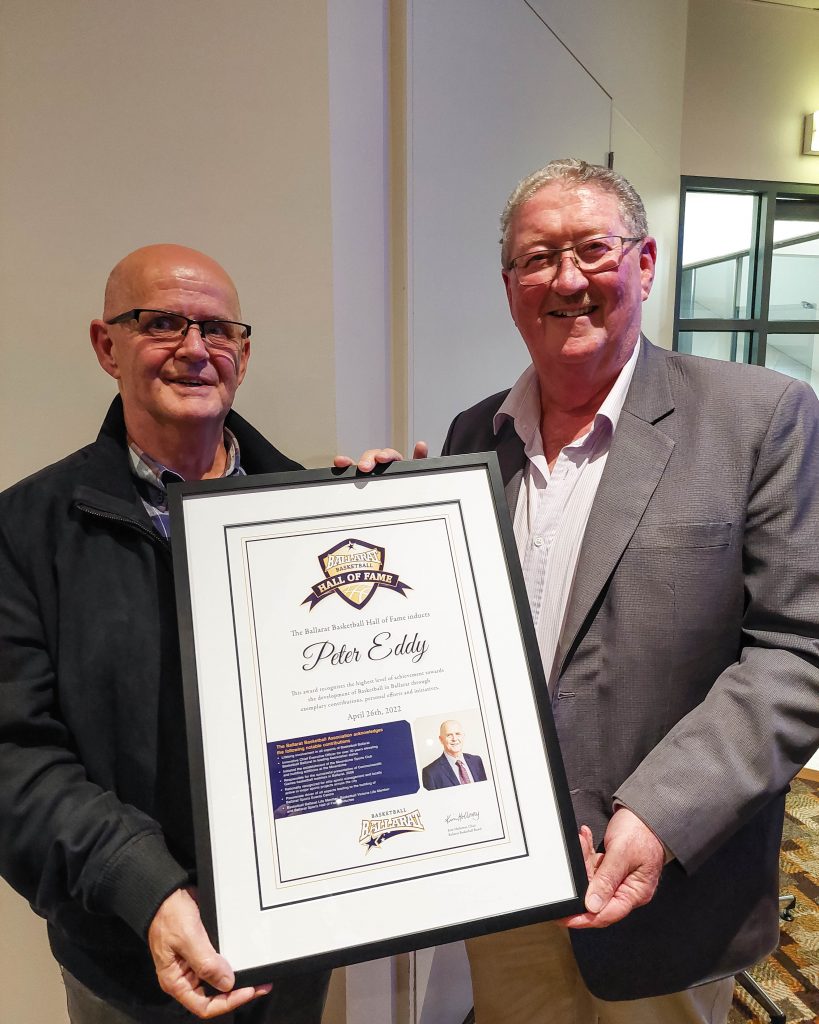 The presentation was made by fellow Hall of Famer, Dennis Foley, who spoke glowingly of Peter’s many achievements compiled over a lifetime associated with Basketball Ballarat.

No one in attendance was left with any doubt as to whether this award was deserved – in fact it was hard to encapsulate all that Peter has done for the organization which became his life’s work more than 30 years ago.

The citation on the certificate makes reference to the development of the Minerdome site including additional courts, amenities and the addition of a Sports Club; to the work done to bring Commonwealth Games basketball to Ballarat in 2006; to the extensive roles he played in basketball administration across the State and of course to the crowning achievement of the building of the Ballarat Sports Events Centre (Selkirk Stadium).

In response, Peter thanked his wife Maxine and daughter Jess, who supported him as he strove to develop a sports organization, which today provides recreational opportunities for over 4000 players and pathways for local players and officials to aspire to achieve State and National recognition.

Peter spoke of his passion for the sport, the fact that he began volunteering at the Association at aged 16 and that under the mentorship of Ron Holmes, he developed a professional career which in his own words “always felt like another day enjoying his hobby”.

“I feel very humble to be recognised with this Award and value it immensely”, he added, and “I am very proud that the Ballarat Basketball Association has always achieved beyond its size as an organization, and through the work of its Directors, staff, Clubs and members both past and present I am confident it will continue well into the future”.

Peter will return to volunteer work within the Association as its Honorary Historian in coming weeks.