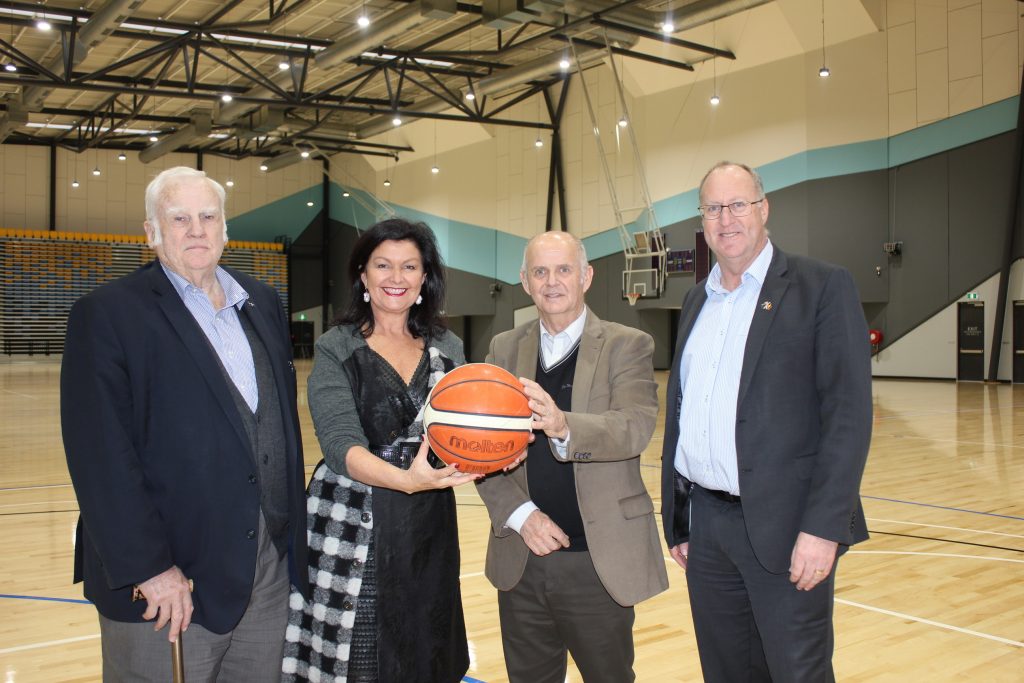 Via City of Ballarat

Secured as part of Basketball Ballarat’s Strategic Partnership with the City of Ballarat, the game is expected to sell out the new 3,000 show court at B.SEC.

Cr McIntosh says the match will provide the ideal test event for the new facility as a lead in to the seven-day U14 Australian Club Championships that commence at B.SEC and the Mars Minerdome from September 29th. This event will bring teams and families from all over Australia and deliver over 17,000 bed night bookings to the region and provide a major economic stimulus to the retail, accommodation, tourism and hospitality sectors in the region.

Cr McIntosh says she is also very hopeful of further major sporting event announcements for B.SEC in the coming weeks.

In a major coup for the Ballarat event, global sensation LaMelo Ball arrives in Australia in August to join the Illawarra Hawks and he will play at B.SEC in one of his first games in Australia.
His signing was announced recently live on ESPN with the five-star ranked guard to join the Hawks as part of the NBL Next Stars program.

To put the magnitude of LaMelo Ball’s signing to the Illawarra Hawks into perspective, simply head to Instagram. The Hawks have 18,300 followers — Ball, a 17 year-old, has 4.5 million. Ball’s brother Lonzo, who plays in the NBA has 6.5 million.
The family has a reality TV show called Ball in the Family, also starring their outspoken father LaVar and third brother LiAngelo, who is also a basketballer.

LaMelo Ball is considered one of the most intriguing NBA prospects and is projected to be selected as a first-round pick in the 2020 NBA Draft.
Illawarra Hawks General Manager Mat Campbell said: “We’re very excited to have LaMelo join the team. It has been a goal of the club to provide pathway opportunities for our young talent to play in the NBA. With the likes of LaMelo and recently signed Australian Sam Froling, we believe we’re well on our way to achieving that goal.”
Melbourne United, last year’s NBL Championship runners-up, have added incredible depth to their team for 2019/20. Joining star player and Olympian Chris Goulding will be experienced players Alex Pledger, Sam McDaniel, Tohi Smith-Milner and Ballarat Miners player Sam Short.

Long burst onto the NBL scene last season and immediately made an impact as an outrageously athletic and energetic big man. Whilst those qualities stand out from the moment he steps on the court, there’s much than just that in his arsenal.
He can shoot the three, rebound with the best of them and isn’t afraid to do the dirty work.

Melbourne United is a long-standing supporter of basketball in Western Victoria and this year’s game represents the fourth year running that Ballarat had been selected to showcase one of the major lead in events to the upcoming National Basketball League season.”

Tickets for the match will be available on sale from today and details will be on the Ballarat Basketball and Melbourne United websites.

Basketball Ballarat CEO Peter Eddy said that an involvement with national level programs such as Melbourne United along with the support of Basketball Australia and Basketball Victoria support our vision to build a support base and player, coach and technical official development pathway into Western Victoria.

My Eddy added that the support and encouragement of the City of Ballarat has been instrumental in helping deliver these significant events to the region.

The announcement comes as the $24 million B.SEC stage one is due to open next month.

A further $5.2 million was also announced in the recent Victorian Government budget for stage two works at the centre. This stage completes the vision set out by Basketball Ballarat back in 2012 and includes four 3 x 3 outdoor courts and a Strength, Conditioning and Learning Centre which will fully complete the Centre and maximise its potential.

The Ballarat Sports Events Centre project will significantly change the indoor sporting experience in Ballarat, particularly through the inclusion of a new 3000-seat show court and additional courts capable of hosting a range of events including netball, basketball, volleyball and badminton.

This project will see six new courts added to the existing two-court Wendouree Sports and Events Centre, making it one of the biggest facilities in the region.