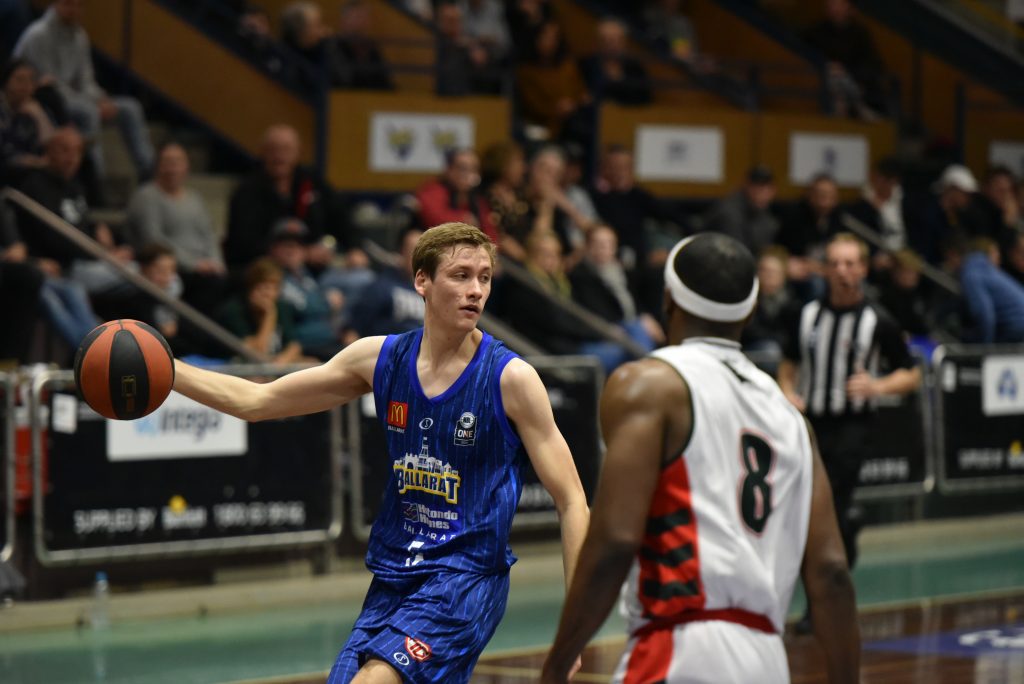 The Selkirk Ballarat Rush and Hotondo Homes Ballarat Miners have begun their final home stretch before the playoffs well with wins against Diamond Valley on Saturday night.

The Rush started off the night with a strong 84 to 68 win following a dominant third quarter, outscoring the Eagles by 15 points. The Miners followed their example with a strong defensive fourth quarter to take a 79 to 73 victory.

Joy Burke (25 points and 10 rebounds) and Chanise Jenkins (26 points, six rebounds and nine assists) led the way for the Rush to improve their record to 6-10 and keep their playoff hopes alive. 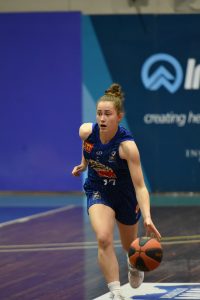 The Miners had an even performance from their starting five with all of them hitting double figure scoring. Deng Acuoth (11 points, 11 rebounds and two steals) and Kuany Kuany (19 points, four rebounds and six assists) were the pick of the crop though on the night.

As has been the case in the last few games it was a hot start from both teams on the offensive end, the Rush putting up 12/21 from the field including four three-pointers for the term.

Jenkins led the way on that end of the floor, scoring 13 of her 26 points in the quarter.

She splashed in a three to start proceedings followed by Laura Taylor chiming in with a three of her own to start the game, the Rush jumping out to an 8 to zero lead.

Following a 13 to nothing run by the Eagles Jenkins took over again, knocking in a three to get the ball rolling again for the girls.

She followed up with a tough layup over their centre, balancing her outside and inside game well to help the Rush to 28 first quarter points and a three-point lead.

The second quarter was another even contest, with neither team shooting the ball well. The Rush were able to get to the free-throw line though through their twin towers in Joy Burke and Lucy Cochrane to keep the scoreboard ticking over.

The Rush were able to jump out to a six-point lead but the Eagles continued to press and got the deficit to just two at half-time.

The third-quarter proved the match winner for the Rush, knocking in 8/14 from the field including two three-pointers and keeping the Eagles to just 33.3 percent for the quarter.

After a close battle for the first half of the term Olivia Hackmann battled for an offensive rebound and layup to push the lead to 11 and kick-start a big run for the Rush.

The message was clear to attack the basket and keep putting pressure on the scoreboard. Claire Blower attacked the rim hard and knocked in two free-throws and drew a technical foul on her opponent to allow Jenkins to have another two from the line.

Jenkins continued her great form and forced her way to the line again, pushing the lead out to 17 late in the third.

This set up the game for the Rush, as they fought off every Eagles comeback to keep the lead at 10 plus, finishing off the game only losing the final quarter by one point to keep their playoff dreams alive. 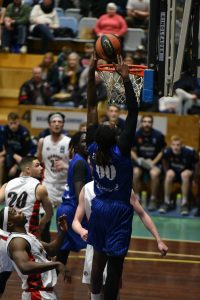 The Miners were able to get their 14th win on the season but had to fight hard against a strong Diamond Valley unit who is fighting for their playoff spot.

Similar to the Rush, the first term was very even with both teams hitting plenty on the offensive end.

Kuany continued his great form with seven first quarter points, helping the Miners to a two-point lead at the quarter-time break.

The Eagles came to play in the second though, outscoring the boys by 10 and taking an eight-point lead into the main break.

The Miners couldn’t buy a bucket going 4/20 from the field, but they were able to stem the bleeding with some strong defence and timely buckets to stay in the game and not let the lead balloon out anymore.

After being down by as many as 13, the Miners began their comeback in the second half. After a back and forth term Jerry Evans Jr. and Zac Dunmore knocked in a three-pointer each to get the crowd excited as the lead was cut to nine.

With their offense being so strong all season, the boys needed a defensive quarter to win the game, and they delivered in spades.

The Miners kept the Eagles to just five points on 2/12 shooting, while they piled on 18 points of their own to take a six-point win.

A nine to one run to start the term gave the Miners the lead back with four minutes to play, as their defence began to take over the game. They pushed them into three-turnovers and just one free-throw made in this stretch, forcing them into tough shots with strong contests.

As the game entered the final minute the boys held a two-point lead, until Kuany stole the ball and ran the floor for a big dunk, the crowd up on their feet.

The Eagles couldn’t answer as Josh Fox blocked their three-point attempt on the ensuing possession and was able to finish a layup on the next play after a Sam Short steal, locking away a six-point win.