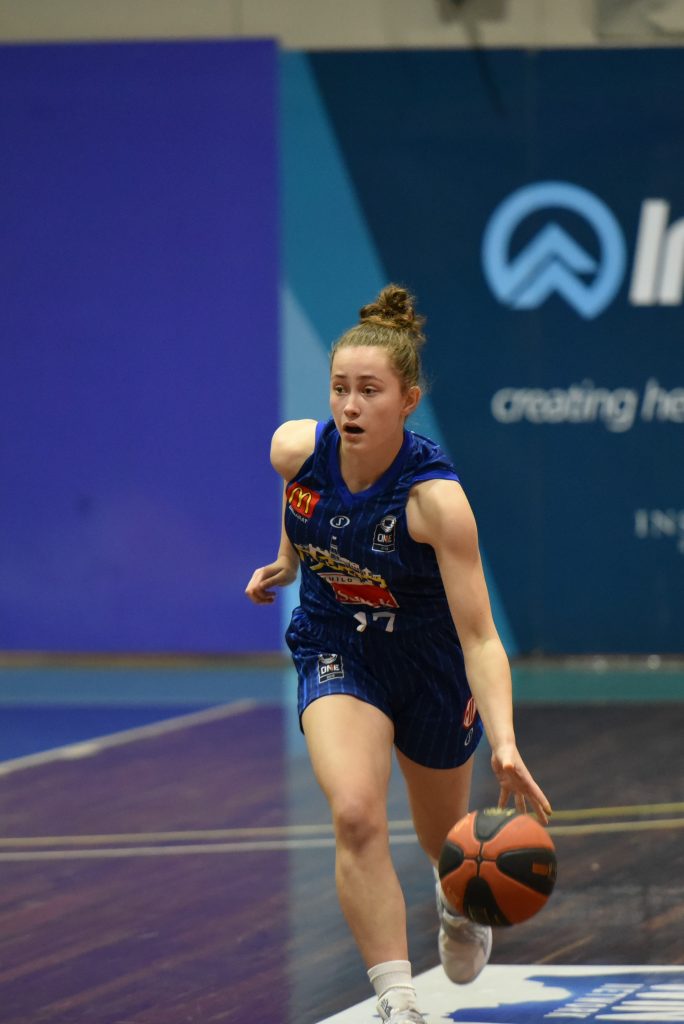 The Hotondo Homes Ballarat Miners and Selkirk Ballarat Rush continue their five-game homestand with a clash against the Waverley Falcons this Saturday night.

After a successful Round 13 against Geelong and Hobart, Ballarat welcomes Waverley to the Mars Minerdome for their first clash of the season.

The Miners, who have sewn up top spot for the playoffs, welcome Waverley who are fighting for their own playoff spot, currently ninth on the ladder at 8-8.

The girls tip off at 6:00 pm looking to win back-to-back games for the first time since they won four in a row from round six to round eight.

The scoring output apart from these two is scarce however, the Falcons only putting up 70 points a game, third worst in the NBL1 this season.

They run into a Rush team that has allowed only 71 points a game in their last three games, the girls committing to a lock down and tough defence.

If the defensive end is effective against Waverley, it opens the door for the Rush’s top scorers in Chanise Jenkins and Olivia Hackmann to take advantage and put scoreboard pressure on them.

When the girls have been at their best this season, they have smothered the other team into turnovers or bad shots, rebounded strongly and moved the ball quickly in transition for easy buckets. The Falcons present a great opportunity to do this and get ahead early in the contest.

Finishing off these good defensive possessions will prevent any easy second chance points that could keep the Falcons in the game and force them to make shots which they haven’t been great at, shooting the ball at 38 percent this season.

Hackmann says this is a key performance indicator for them this weekend, but their entire game has to be up to scratch to get the win also.

The Miners, tipping off at 8:00 pm, have protected their top spot on the ladder, but are now looking to continue their good form into the beginning of the playoffs in two weeks’ time.

They come up against Waverley who are 2-5 in their last five outings but have been superb on the road this season winning five out of six games away from the Waverley Basketball Centre.

The boys will be without some key players though, Marqueze Coleman is missing with injury, Josh Fox is playing for Fiji at the Pacific Games and Ross Weightman is participating in the University Games on the Gold Coast.

This opens the door for Jordan Lingard, who Brendan Joyce says will be replacing Fox in the starting line-up this weekend.

On the Waverley side, Deondre McWhorter (22.5 points, nine rebounds and one block) and Dylan Travis (18.3 points, six rebounds and six assists) have been vital to keeping their season alive with wins on the road and will be key matchups for Joyce’s men.

Their offensive output is not a two-man job however, the Falcons possess one of the most consistent benches in the NBL1, along with the Miners. The Falcons average 14.8 points off the bench this season.

Jerry Evans Jr, Kuany Kuany etc. will match the impact from McWhorter and Travis, but the game could be won by the likes of Tristan Fisher and Zac Dunmore playing their role off the bench, which they have done so far this season averaging 23.5 points as a unit.

As has been the case in a lot of games for the Miners this season, their defence will win this game for them. Waverley put up 87.7 points a game, up there with the top teams in the league.

What they struggle at times with is their defence, allowing 90 points an outing. Tough defence and strong rebounding from the Miners will give them easy looks on the other end and catch the Falcons off guard, helping the boys go on big runs as they have done all season.

With players missing Joyce says he still has high expectations on the team and his players as individuals as they push towards the playoffs.

“We’ve got our spot secured but my demands will be no different, I’ll be demanding guys play well when they’re out there, but what it does mean is there’s an opportunity,” he said.