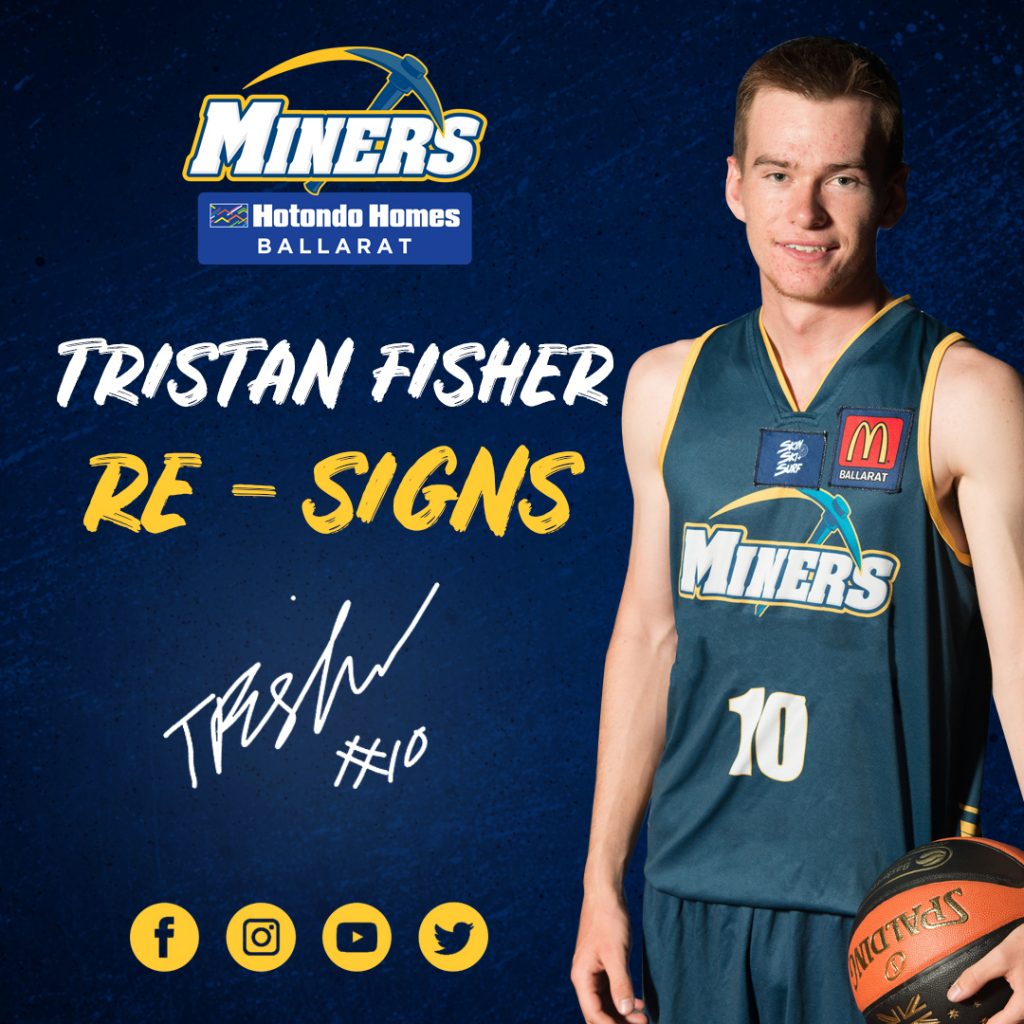 The Hotondo Homes Ballarat Miners have continued the replenishment of their squad, with local talent Tristan Fisher returning to the team for the NBL 1 season in 2019.

A product of the Wildcats and Celtic Tigers Basketball Clubs, Fisher is a prime example of the great development program running at Basketball Ballarat, along with fellow home-grown talent Sam Short, Ross Weightman and Zac Dunmore.

The 185cm shooting guard was a consistent participant in the Thrifty Ballarat Miners Juniors growing up from under 12’s through to the under 18’s and has graduated into the youth league and now Miners team for the past two seasons.

Having been through the development program in Ballarat and with Miners experience under his belt, Fisher is excited about returning for another season with the club and hopefully a deeper finals run.

“I am super excited to be returning to Ballarat and the Miners for the 2019 NBL1 season, hopefully to be a part of another finals campaign,” Fisher said.

A knockdown shooter his entire career, averaging 42% from the three-point line last season, Fisher has been working hard in the gym in the off-season as he continues to grow his game and evolve as a player.

“Over the off-season I have been working hard in the gym building strength and rehabilitation to get my body right for the season,” Fisher said.

For coach Brendan Joyce, it is great to see the pathway for junior players succeeding in developing young talent, so he is excited to see what improvements Fisher has made over the summer and what he can bring to the team in 2019.

“During the pre-season he has displayed that he can consistently knock down the open shot,” Joyce said.

“We are looking for Tristan to improve his game on the defensive end and provide a spark for us when he hits the floor in any game situation,” Joyce added.

Coming off of heartbreaking finals exits in the past two seasons, which Fisher was a part of, he is excited to see how far this new look team can go in the revamped NBL 1.

“We as a team have one goal in mind, and that is to win the championship,” Joyce finished with.

The journey towards this goal begins in Nunawading March 30, but the team will be back at the MARS Minerdome on Saturday April 6 for a home double header with the Selkirk Ballarat Rush against the Bendigo Braves.