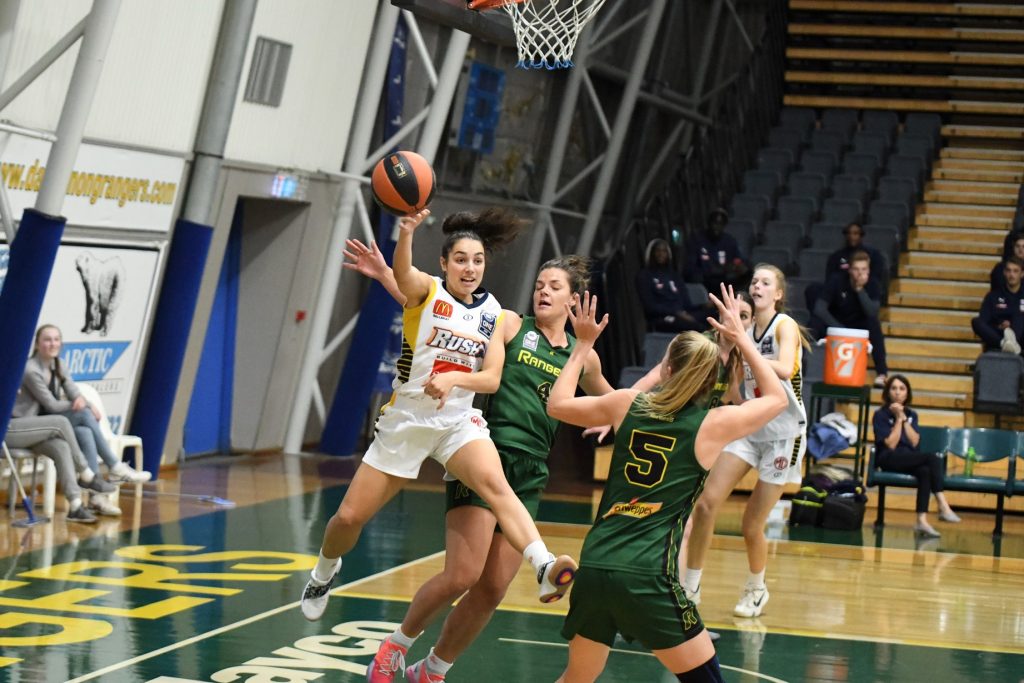 The Rush went down in a strong effort against the ladder leading Rangers 90-73, while the Miners held on to start their season 3-0 with an 80-73 win.

Looking for their first win of the season, the Rush spread the load, with an even contribution from the whole squad and some great help off the bench.

Olivia Hackmann continued her good form this season with 13 points and 7 rebounds, Georgia Amoore was important off the bench with 15 points and 6 assists and Claire Constable was active also, dropping 11 points of her own. 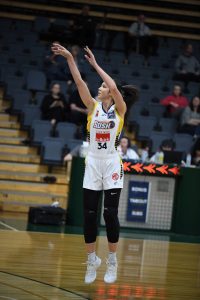 The first quarter was, as it has been all season, an even affair with neither team giving any wriggle room. Hackmann, Chanise Jenkins and Joy Burke were all active early on the offensive end, as the Rush entered the break only down three points.

The second quarter saw emerging star Georgia Amoore stamp her authority, with a quick five-point dash to give the Rush a two-point lead. Dandenong wrestled back control of the game, going on a 17-6 run to end the quarter, giving them a 10-point lead going into the half.

Needing stops and quick buckets to get back into the game, the Rush’s young brigade led the way coming out of the half. Amoore and Laura Taylor led an 8-2 run to get the margin back to just four in under two minutes of play.

The third-quarter finished in a back and forth affair, as the Rush kept answering Dandenong’s call with some timely buckets to go into the last quarter down 67-58.

The beginning of the fourth quarter was much of the same, with the lead just six points with a half of the quarter to go following two Claire Blower free-throws.

A 16-5 run from Dandenong to end the game put it out of reach however, despite a great team performance from the Rush.

Ballarat’s task didn’t get any easier in the men’s game, with the Miners going up against a traditionally tough opponent in the Rangers.

As has been their most impressive trait so far this season, the Miners even team performance was strong again, helping them to a solid seven-point win.

Jerry Evans Jr. continued his strong start to the season with 23 points and 9 rebounds in his first start for the season, Kuany Kuany added 16 points and 8 rebounds and Deng Acouth was massive on the defensive end, with four blocks to go with his 10 points and 6 rebounds.

The boys raced out to a 9-2 lead in under four minutes, which set the tone for the first quarter, as they went into the break with a 22-13 lead. 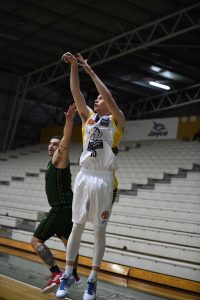 The second quarter saw the team put the foot down and blow the game open. Tristan Fisher and Zac Dunmore were efficient off the bench, knocking in successive three pointers to grow the lead

to 15 with five-minutes to play in the term.

This incited a huge 19-9 run to end the quarter for the Miners, as they went into the long break with a 56-31 lead.

The Miners hot shooting fell-away in the second half, scoring 13 points in the third quarter. Evans Jr. kept the team in a strong position as he scored 9 points in the term to keep the lead at 19.

The Rangers wouldn’t go away in the last, going on a 9-0 run to give themselves hope with four-minutes to play.

The Miners struggled from the field, shooting 4/12 for the quarter to allow Dandenong to get the game within five with 35 seconds to play.

They capitalised on a 0 to 6 foul count in the last but it ended up being an advantage with the Rangers having to commit 5 deliberate fouls with 35 seconds remaining.

Some clutch free-throws by captain Sam Short and a timely Jerry Evans Jr. steal put the game out of reach however, giving the Miners a 3-0 start to their NBL1 campaign.

The Miners and Rush will now enjoy a weekend off over the Easter break before looking to their round four matchup, travelling to the State Basketball Centre Saturday the 27 April to face Knox with a great chance to take two wins back to Ballarat.