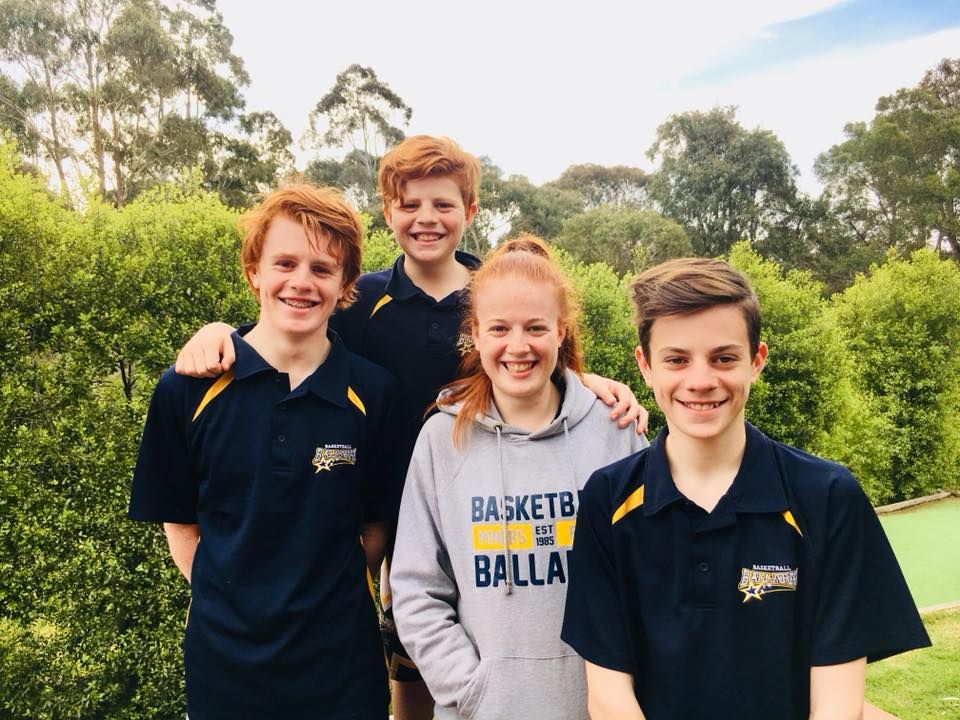 For the first time since 2009 when the McMaster family had four sons play at the same time with the Basketball Ballarat’s junior representation program we have another family achieving a similar feat.

In the photo attached (from left to right) we have Charlie, Fraser, Sophie and Alex Molan who have all been selected to represent Basketball Ballarat in 2018. All four have broad sports interests which make for a challenging weekly schedule for mum Andrea and dad Tom who are also both heavily involved in local sport. Dad Tom is a football coach at Mt Clear and Mum Andrea plays basketball for Exies, and teaches at Emmaus Primary School.

All four children have always been selected in the first rep team even as bottom age players.

In the local basketball competition all four children play for the Saints Club.

Back in August 2014, with just two children playing rep basketball for Ballarat, the family became the very public face of the campaign to get a new indoor stadium for Ballarat as their challenging schedule to keep their kids in sport tested the parent’s commitment to the limit.

The recent success of the funding bid to allow the full Ballarat Sports Centre development to get underway early in 2018 will be a huge benefit for families such as the Molan’s.