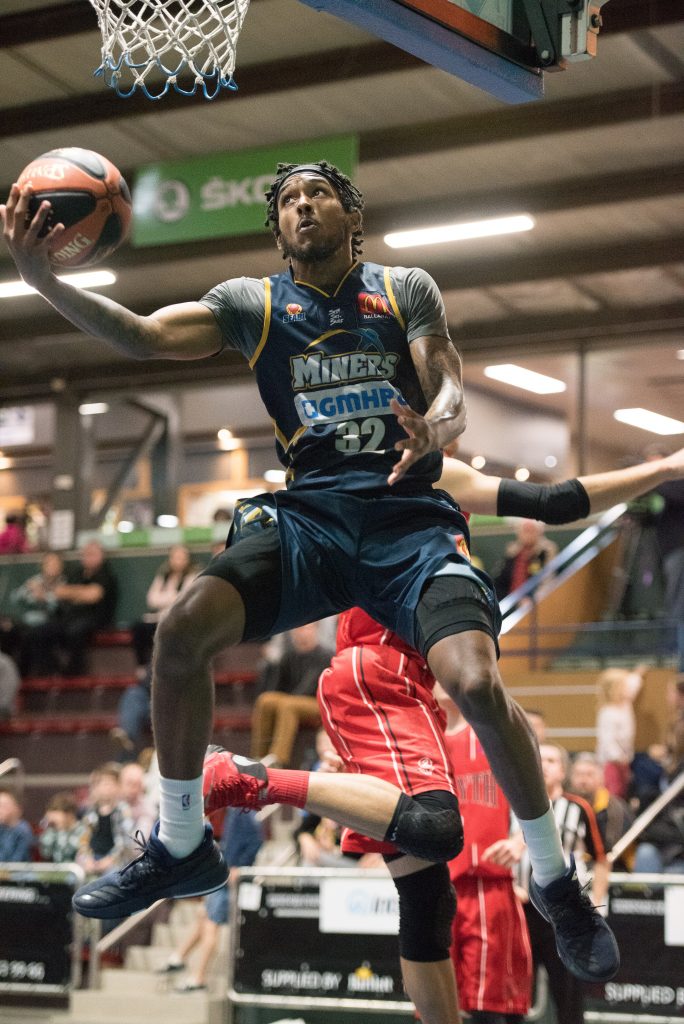 The GMHBA Ballarat Miners have gladly secured another returning import, Davon Usher for the 2018 SEABL season.

For the 2017 SEABL season Davon averaged an impressive, 14.7 points, 4.7 rebounds and 2.5 assists per game, a great asset to the Ballarat Miners last season.

Davon was a strong force on the court, who was also an asset to Ballarat Basketball in the community, and is a sure welcomed return to the Ballarat community in 2018.

GMHBA Ballarat Miners Head Coach Nathan Cooper-Brown said, “Davon is one of the best 1 v 1 players in the competition, he has an offensive arsenal that makes him one of the toughest covers for any defence. But to his credit Davon was always willing to put the team first, which is a rare trait for someone in his position. That unselfishness and ability, were two reasons why it was so easy to bring him back for 2018.”

During the 2017 season, “Davon took a little time to get used to the FIBA brand of basketball, but by the end of the season he had really started to show us what he is capable of, and he was able to unleash his unique skill arsenal. We feel we can utilise more of Davon’s ability in a variety of ways, so we look forward to tweaking the playbook to give him more opportunities next season.”

Upon the re-signing of Usher, Cooper-Brown said “Davon was an exceptional ambassador for Basketball Ballarat. His high character and good nature made him quickly well-loved in the community, and that’s exactly what we want from our athletes. We look forward to him getting further involved in the greater western region in 2018.”

Usher said he signed again with Ballarat “because I trust the process with the opportunities Ballarat has in store for me on and off the court. I’m thankful and humbled that they have seen the potential in me to offer me another 2 seasons. Also giving me the opportunity to showcase my talent and earn interest from the NBL.”

“For 2018, I just want to be more productive and efficient on both ends of the floor. Keep that same high energy for my teammates to feed off, and getting back to the final 4” said Davon.

In his off time, Usher has been working out, staying ready, and spending time with his daughters.

Davon will return to Ballarat in late February 2018 to prepare for the upcoming season with his teammates.

Davon and Marvin will be the first pair of Import players to resign together in Ballarat since the Cookes and Hayes Duo in the 90’s.