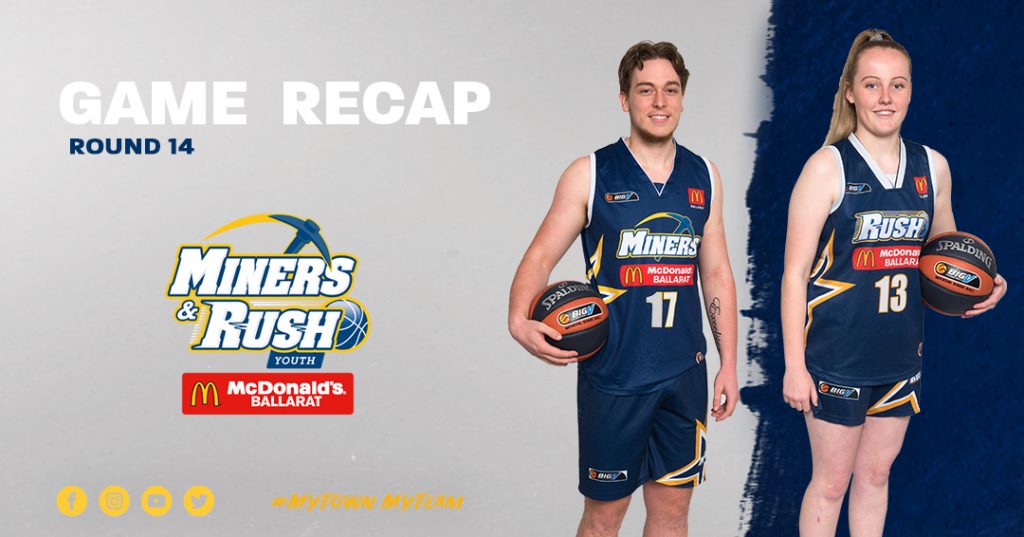 The McDonald’s Ballarat Youth Miners and Rush had played their last stand alone game over the weekend with playing back to back games in last two weeks to finish off the season. 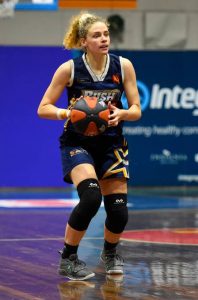 Youth Rush made the trip down to Dandenong searching for their third win of the season against a strong top 4 side on the ladder.

They didn’t get off to best start, suffering a 20 point deficit at quarter time leading to a final score of 75 – 47 loss.

“Didn’t have a great start to the game, and to allow a team to have a 20 point lead in a quarter isn’t great… we moved the ball as a team and found the open player we took the right shot it didn’t always go in but at least it was the right shot.” Youth Rush Head Coach Kristy Trahair said.

Dandenong Rangers had an even spread of players contributing to the scoreboard with Isobel Anstey leading her team with a game high 17 points.

Youth Rush shots weren’t going down on Sunday, only shooting 2 of 19 beyond the 3PT line.

Dandenong’s pressure on the defensive side was a key influence on the game, getting 16 steals and forcing 23 turnovers in total from the Youth Rush.

Mackenzie Nicholson continued her hot form as of late with a team high 13 points, whereas Amelia Jarvis did her damage on the glass grabbing 13 rebounds.

The Youth Rush play Saturday afternoon against Melbourne and back at home on Sunday 12pm versing Diamond Valley.

Youth Miners were looking to add a win to their impressive 15-2 record against Frankston Blues, they were caught in a high scoring affair but, Youth Miners were 5 point victors (110 – 105). 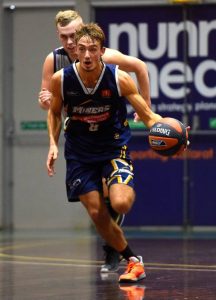 The Frankston Blues brought their A game to the Frankston Basketball Stadium for a team who is sitting 9th on the ladder, their record did not indicate their play on this occasion.

Josh Cleary was their main guy on the day, with a team high 27 points coming from a variety of different ways most notably behind the arc shooting 5 – 9 from deep. Gryf Pugh and William Pierce also had 14 points each.

Ross Weightman and Zac Dunmore each made appearances in the side last Sunday and showed why they are getting minutes for the Hotondo Homes Ballarat Miners.

It was great to have Zac and Ross back however, Josh Fiegert who has played every game so far this year had a season high 24 points.

The Youth Miners play Saturday afternoon against Corio and back at MARS Minerdome 2pm Sunday to face Warrandyte.