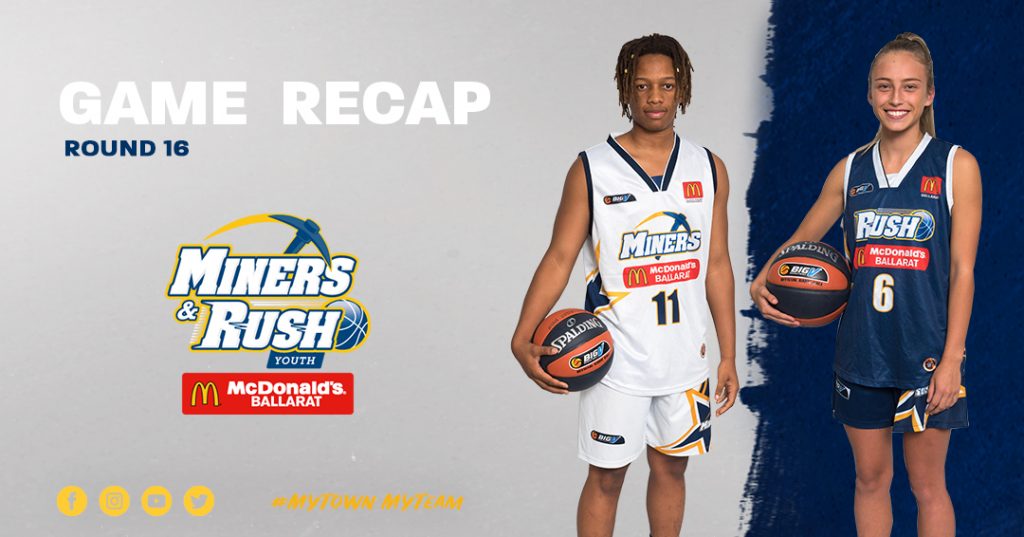 The McDonald’s Ballarat Miners and Rush Youth League had games across the weekend with mix results.

Miners and Rush youth hopped on the bus to Bendigo Saturday Night, where they had their eyes set on getting the win. 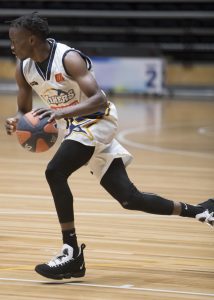 However, that wasn’t the case for either sides on the night, Youth Miners almost crossing the line but ended up short 94 -92 loss and Youth Rush falling 108 – 50

It clearly wasn’t their day for the Youth Rush with Bendigo having 22 steals and a well balanced attack.

Youth Miners had battle on their hands with Bendigo, as Jezza McKenzie and Bol Bak showed up for the fight.

Ultimately it wasn’t enough for Youth Miners to overcome a performance from Bendigo Brave Samuel Beks with 31 points and 12 rebounds.

Both Youth Rush and Youth Miners were back at the MARS Minerdome for the final regular season home game.

Youth Rush playing against a competitive Altona Gators side who are playing finals and looked to add to their win tally.

Laura Taylor making her presence shown against Altona by filling up the stat sheet with 20 points, 18 rebounds, seven assists and two steals.

Youth Rush put more of competitive fight in this game, but not playing a full four quarter effort hurt them. 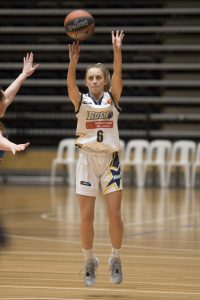 “Sunday we battled hard for 3 quarters, but again let a team run away with it in the 4th quarter” Youth Rush Head Coach Kristy Trahair said.

Congratulations to all the girls who competed in the 2019 season, although tested, they will be back stronger than ever in 2020.

Youth Miners were on a different level outscoring Werribee Devils 123 – 58 and having the highest score of the round in any Big V division.

Amos Brooks had a monster game with 25 points and 21 rebounds, who is knocking on the door for finals selection for the NBL1 Hotondo Homes Ballarat Miners.

Youth Miners finished the season with an 18 – 4 record and secured the minor premiership.

Their first final is on 27th July* with their opponent unknown at this point of time.