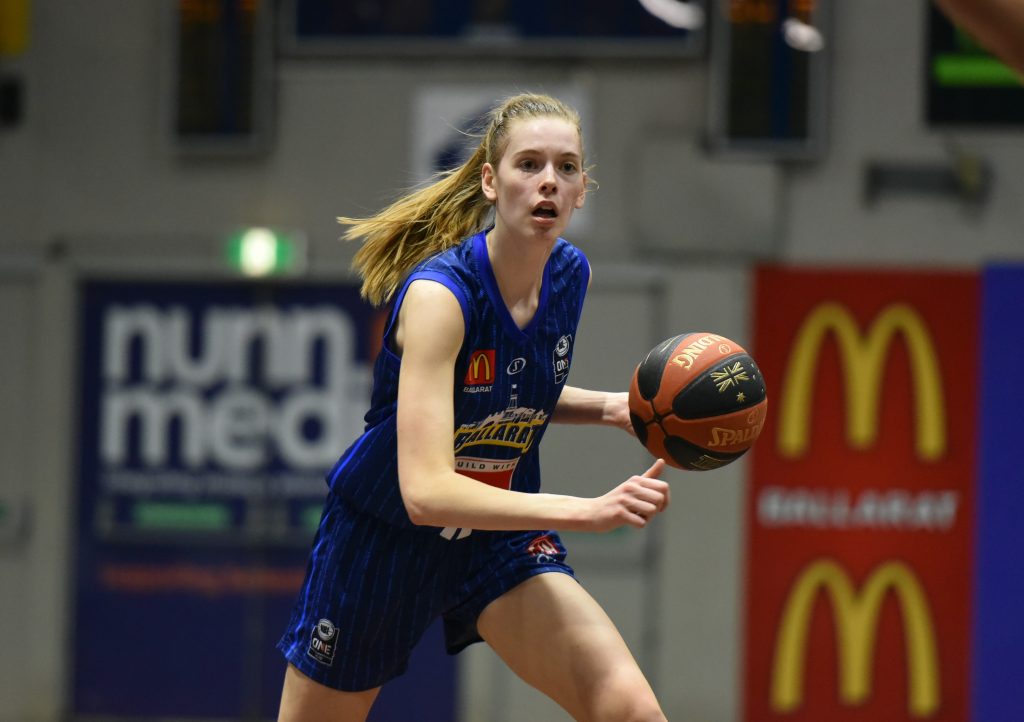 The Selkirk Ballarat Rush and Hotondo Homes Ballarat Miners have started Round 13 with two competitive performances against country rivals Geelong at the Mars Minerdome on Wednesday night.

The Rush entered the game needing a win to keep their playoff hopes alive, and they came oh so close against the ladder leading Supercats, going down 70 to 82.

Georgia Amoore was strong off the bench putting up 19 points and four rebounds alongside Chanise Jenkins who added 13 points, five rebounds, seven assists and three steals.

The Miners followed in the later game of the night and put the competition on notice with a dominant win over third placed Geelong, taking the points 97 to 69.

Similar to their Round 10 matchup with the Supercats, a poor first and last quarter for the Rush were all that separated the teams at the final buzzer.

The girls were able to win the middle two terms by 10 points but let it slip in the last with a 27 to 14 scoring buffer in favour of Geelong.

Straight out of the blocks the Supercats were able to grab a 19 to 10 lead, the Rush shooting 4/17 from the field including 0/3 from the three-point line. But as kept happening throughout the game, the Rush were able to peg it back in the second and get the game back on their terms.

Olivia Hackmann led the charge after the quarter-time break, putting up eight points in the first four minutes to help the girls go on 10-1 run and even up the game at 20 a piece.

The message was clear, attack the basket and draw some fouls, which Hackmann provided. After missing some jumpshots she found her way into the paint and made some tough layups or got the line, putting the defence under pressure.

The crowd was excited and the team confidence was up, helping the Rush to half-time with a reduced deficit, only down five entering the third quarter.

Geelong flexed its muscle early in the third as they jumped away to an 11-point lead, but it was here that the Rush answered to get the game back on their terms.

Back-to-back three-pointers from Amoore and Laura Taylor had the crowd on its feet as the lead was back down to five. Riding a wave of momentum the girls found another six straight points to take the lead at 53 to 52 with two minutes to play in the term.

Entering the last quarter up one, Amoore started the term perfectly with a pull-up jumpshot off a nice Joy Burke screen to take the lead to three.

This was as big a lead as the Rush would enjoy though, Geelong showing why they are the best team in the competition with a 20 to five run including four three-pointers to take a 12-point lead.

With plenty of time left on the clock, Jenkins led a comeback late in the fourth, driving to the rim and drawing contact on two possessions to bring the lead back to seven.

Burke joined the party with a tough offensive rebound and put-back to make it just a five-point game, but some clutch shooting from Isabella Brancatisano put the game out of reach for the brave Rush.

Joy Burke says that it was some plays late in the game that seemingly cost them the game after a strong four-quarter effort from the girls.

“I thought our team made a great effort throughout the whole game, we played hard, we really battled … unfortunately I think we made some very poor decisions towards the end of the game that cost us,” she said.

The Miners followed in arguably the match of the round in the NBL1, with both times fighting for home court advantage come playoff time.

The boys came out locked in on both ends of the floor, knocking down 9/17 shooting in the first term while keeping Geelong to just 17 points.

It was the Evans Jr. (nine points), Kuany (six points) and Josh Fox (six points) show in the first term, the crowd erupting for Fox in particular after a huge dunk to grab a nine-point lead and begin a great first quarter for the Miners.

The intensity was up on both ends of the floor, so much so that Evans Jr. wanted a steal so bad he knocked a tooth out following some incidental contact reaching for the ball as his opponent caught it.

This helped the Miners to seven straight points as the lead blew out to 15 early in the second quarter. The boys were able to hold this lead and add to it for the remainder of the term, going in to half-time up 18, keeping Geelong to 29 points for the half.

The second-half was one of the most mature for the Miners so far this season, never letting the Supercats back into the contest on the scoreboard. Every Geelong run was answered with a big stop or timely bucket by the Miners to keep them at bay.

Geelong got as close as 12 midway through the third but seven straight points from Kuany and Fox helped it back out to 19 where it only grew as the game went on.

Up 19 entering the fourth and the game nearly over with a couple of minutes of good play, the Miners never took a backwards step, going on a seven to nothing and six to nothing run during the term to add to their lead even further.

With the game sewn up it was the youngsters time to shine and the crowd was treated to a glimpse of the future. Zac Dunmore (who poured in 14 points from 13 minutes on the game) and Amos Brooks added to the tally off a nice feed from fellow youth league star Blake Allison, as the Miners took home a 28-point lead.

Coach Brendan Joyce says the four-quarter effort was the most impressive part of the Miners important win to secure a top two spot on the ladder.

“Credit to our guys, we played four quarters, (we) spoke at half-time about continuing on what we were doing and we hadn’t done that for a few games, so really positive signs to beat a quality team and play four-quarters of basketball,” he said.

The Miners and Rush now turn their attention to the Hobart Huskies on Saturday night at the Mars Minerdome, the girls kicking off at 6:00 pm and the boys tip-off scheduled for 8:00 pm.