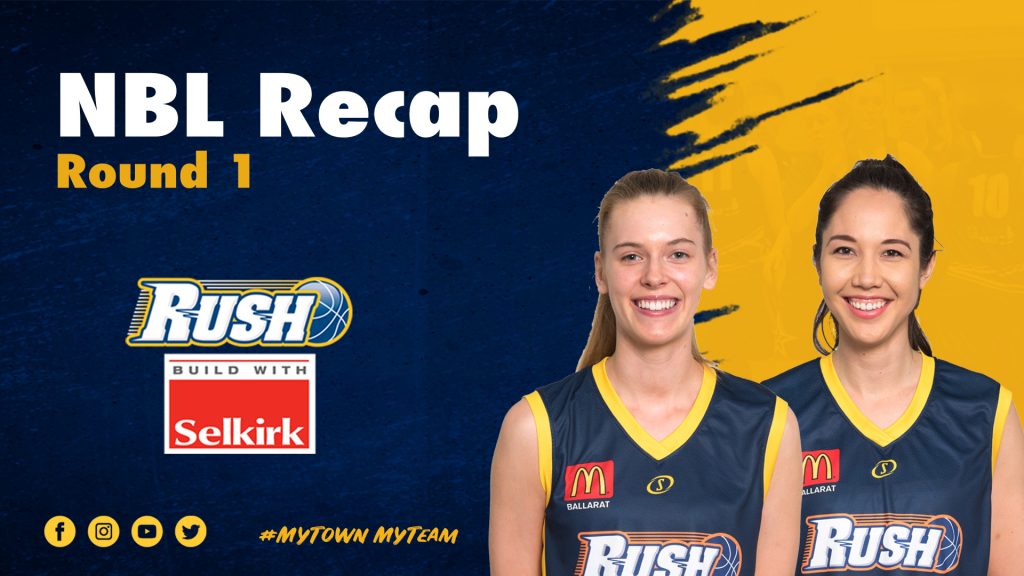 The Selkirk Ballarat Rush have gone down in their round one road clash on Saturday night, falling to Nunawading 89-68 in a competitive showing.

His-Le Bao (Joy Burke)  led the way for the Rush with 19 points and 8 rebounds while Olivia Hackmann was a handy sidekick adding 13 points and 3 rebounds.

Director of Coaching Brendan Joyce said the girls were really strong for majority of the game, but the home court advantage seemed to carry Nunawading to the win.

“The Rush played really well for three quarters, but again it was an away game and things didn’t go their way … and similarly to the Miners, they’re finding their feet … but they’re going to get some wins on the board,” he said.

The opening quarter, similar to the Miners, was a see-sawing affair. Bao and Hackmann showed their class early, as they scored six and eight points respectively, as the Rush came into quarter time down 22-20.

Their strong end to the first period seemed to carry into the opening few minutes of the second. The girls opened the second quarter on an 11-5 run behind some hot shooting from three by Hackmann, Laura Taylor and Claire Constable, giving them a four-point lead.

Nunawading were quick to answer with a 9-0 run of their own to erase the deficit. Neither team was able to gain clear ascendency however, as the Spectres were able to head into half-time with a small 49-42 lead.

The third period saw both teams struggle from the field, as neither team could find the bottom of net until Bao hit her first jump-shot of the half over two-minutes into the quarter.

The Rush’s defence was strong, keeping Nunawading to just 19-points in the third, however they could only hit 11-points of their own. The girls were confident the game was still in reach, as they entered the fourth quarter trailing 68-53.

The final quarter seemed to mirror the first half, as both teams traded blows offensively but were not able to get some consistent stops defensively to apply any scoreboard pressure.

Claire Blower continued her strong form off the bench as she opened the scoring in the fourth quarter. However a 14-6 run by Nunawading all but put the game to rest with a couple of minutes to play.

Joyce said playing more games and training together is key to help the girls play good basketball for longer stretches.

“I think the longer the season goes the better they will play together. The more you play together, obviously the stronger the cohesion [becomes] … so they are going to be competitive,” he said.

The Rush continue their campaign in the home season opener this Saturday night against Bendigo, with tip-off scheduled for 6:00pm.