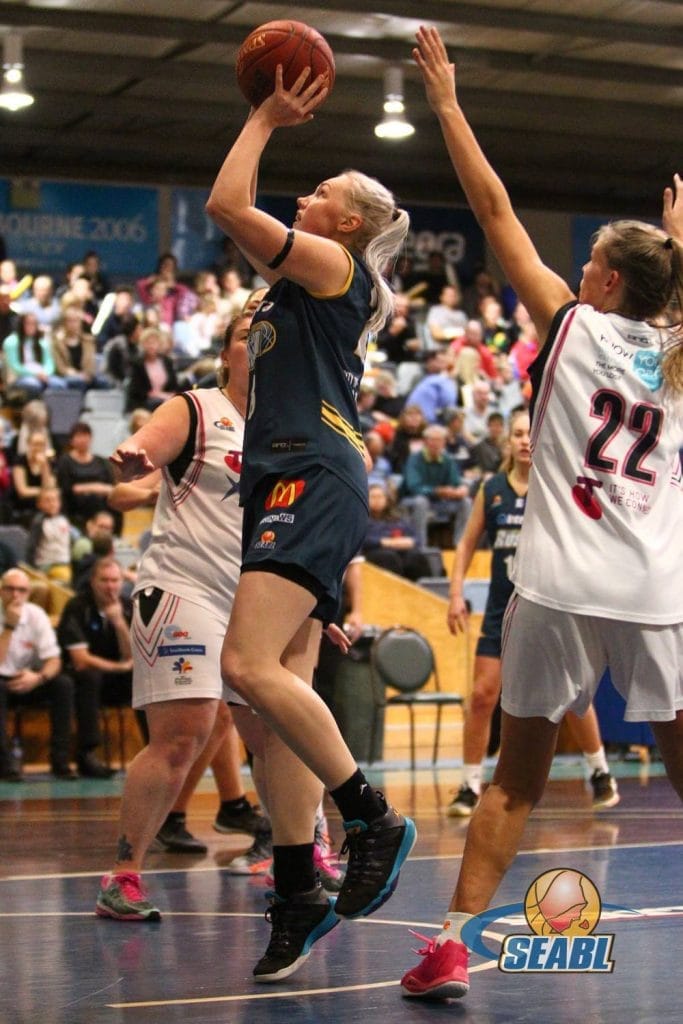 The Ballarat Rush are pleased to announce that young gun Lydia Brooks has re-signed with the club for the 2017 South East Australian Basketball League season.
Brooks returned to the Rush in 2016 and had a break out season. She played in every game for the SEABL Rush and also played a further eight games for the McDonalds Ballarat Youth League Rush as she was constanltly looking to improve her form.

Brooks’ hard work on the floor, in the gym and behind the scenes ensured she was awarded the Senior Elite Rush Encouragement award which can be given to anyone in the SEABL or Youth League Program.

Brooks impressed Bendigo Spirit’s Head Coach Simon Pritchard who noticed her improvement from when he met her in May and when he returned three months later.  Pritchard was so impressed with her hard work that he offered her a training spot with the Spirit.

Ballarat Rush Head Coach David Flint has kept a close eye on Brooks over the summer as he is the Assistant Coach at the Spirit and noticed her continual improvement, “Lydia continues to work on her game against some of the best WNBL players and I have no doubt this will make her a better player”.

Brooks said “I am really happy to return to the Rush in 2017, I felt I grew as a player last year and I am thankful that Dave and the committee have put faith in me and I am excited to get back with the team and have a real crack”.

Flint said “Lydia improved so much in her first year in the SEABL side earning a starting spot against Brisbane and I look forward to again working with her in 2017 and seeing her take her game to another level.”

Brooks will continue to train with the Bendigo Spirit over the summer before resuming training with the Ballarat Rush in preparation for the 2017 season.

Brooks is the third player to sign with the Ballarat Rush behind Import Joy Burke and Veteran Kristy Rinaldi. The club is expecting to announce more signings before Christmas.