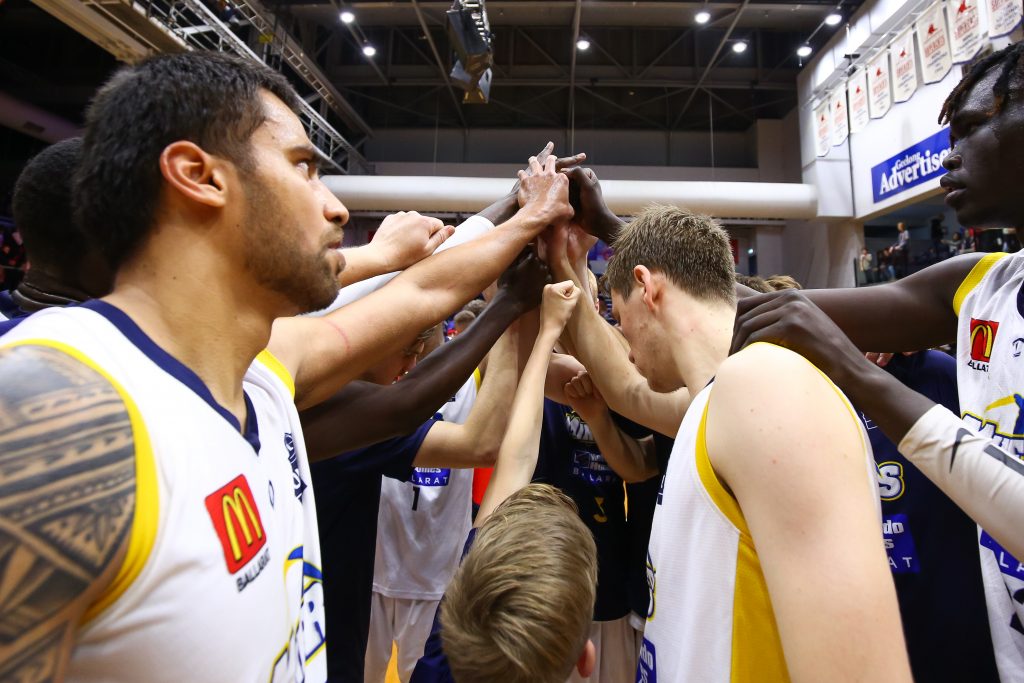 The Selkirk Ballarat Rush and Hotondo Homes Ballarat Miners are on the home stretch of their inaugural NBL1 season, with seven games remaining, including six at home.

This stretch begins with a double-header this weekend, travelling to Bendigo to battle rivals the Braves on Saturday, the Rush kicking off at 5:30 pm followed by the Miners at 7:30 pm.

Ballarat then welcomes Albury Wodonga to the Mars Minerdome on Sunday afternoon, the Rush scheduled for 12:00 pm followed by the Miners at 2:00 pm.

The Miners will go into both matchups with confidence after a tough win against Geelong last week, as well as boasting a winning record against Bendigo and Albury Wodonga this season.

In round two the boys were able to hold off a competitive Braves outfit 94 to 86 at home on the back of 20-point performances from Kuany Kuany, Sam Short and Jerry Evans Jr.

The even contribution from multiple players was and has continued to be a bright spot for the Miners and it will need to be prevalent against Bendigo, a team that boasts a 5-2 record on their home floor.

While struggling on the road at 2-5, the Braves have had a quality season on their home deck, shooting the ball at 48% from the field and 36.6% from the three-point line, both higher than their season average.

Ray Turner has led the way for the team, averaging 21.5 points, 12.4 rebound and 1.4 blocks a game. The 206cm forward will be an important matchup for Josh Fox who held him well in their previous matchup.

At the guard spots Mathiang Muo and Deonte Burton are coming off big games in their last matchup, putting up 28 and 29 points respectively to lead their team to victory.

Short, Kuany and Marqueze Coleman off the bench will have the tough matchup on these two who have proved to be game winners this season.

Limiting the oppositions stars impact is vital, but what proved to be the game changer in round two was the Miners hot start to the game, outscoring the Braves 30 to 15 in the first quarter.

The boys were able to blow them out of the water in the second half of that term with a 19 to four run and take control of the contest.

For the remainder of the game the Braves were competitive and fought back but the quick start had put the Miners in control.

Away from home and on the first game of a back-to-back this will be important for the boys to ensure a ninth win on the road this season.

Both teams score the ball at a high clip and can find a bucket at will, but the Braves allow 82 points a game, so the Miners strong offence will look to take advantage and hit the scoreboard.

The boys then turn their attention to Albury Wodonga, who the Miners enjoyed one of their biggest wins in their history against in round five, taking the game 126 to 63.

Both sides of the floor were clicking on all cylinders that night, with seven players scoring in double figures and the team accumulating 15 blocks and nine steals.

The Bandits possess weapons on the offensive end though that can change the game with just a couple of plays and helped them come within one point of beating Geelong and knock off fourth placed Kilsyth.

The team averages 90 points a game, top five in the NBL1 and are a dangerous team when they get their confidence up on that end.

Ken-Jah Bosley has led the way with 22.8 points, six rebounds and three assists a game but has been helped by 206cm forward Torren Jones who has added 20.4 points, 13.7 rebounds and a block a game.

When they win, these two players play well, averaging 29.7 and 19.4 points respectively in their five wins this season.

The key to a Miners victory is to slow them down offensively, as they did earlier this season keeping Bosley to just seven points.

When this happens the load is left up to their role players who are not accustomed to being the first option. The Miners were able to force this in round five and it stalled the Bandits scoring and helped the boys go on some big runs and put on scoreboard pressure.

The Bandits also allow 96 points a game, one of the worst in the league at the moment, so as was important in their tough win over Geelong, the Miners will want to attack the basket and put their defence under pressure, finding easy layups or the open man on the perimeter.

This confidence will be needed as they come up against a Bendigo side that sits second on the ladder with a 13-1 record next to their name.

In round two the Rush were competitive against the Braves, but poor offensive quarters in the second and fourth terms allowed Bendigo to build a sustainable lead.

The girls have found consistency in their last eight games which has seen them outlast teams, which will be a necessity on Saturday night.

Kelly Wilson was strong in round two and has had a consistent season with 21.5 points, six rebounds and 10.4 assists a game. Her partnership with centre Gabrielle Richards (14.8 points and 10 rebounds) has been important to their strong record this season.

The most important part of this matchup for the Rush is limiting Wilson and Richards impact on the game and preventing the Braves from going on big scoring runs.

The Rush only average four less points than Bendigo and the rest of the statistical categories are very similar. Limiting their star players impact puts them in a strong position to hurt them offensively and put on some scoreboard pressure. 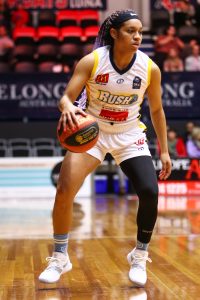 The hard and tough defence that led to those five wins just weeks ago will be key, to slow Bendigo down and allow Olivia Hackmann, Chanise Jenkins, Georgia Amoore and others to use their pace and skill in transition and put the Braves under pressure on the scoreboard.

When the defence was stifling against Geelong and Jenkins and Hackmann were able to push the ball and attack the ring on the other end, the deficit continued to shrink and the Rush were in a winning position.

The rest of the NBL1 will not be expecting it, but the girls know their best is good enough to  get over the hump and cause a big upset, putting the rest of the competition on notice.

The Rush will then return home looking for vengeance against Albury Wodonga who have struggled on the road this season with a 3-3 record.

On the second game of a back-to-back for both teams, the Rush will be wanting to get a fast start against the Bandits and not give them a sniff on the road.

The girls came so close to beating them back in round five, going down 76 to 68. In a back and forth tussle, the Rush were overran in the final quarter but know that their best is good enough to take a big win at home against the Bandits.

It is this type of defensive effort, similar to the men, that will be required again to knock off the Bandits, putting the pressure on other players to pick up the scoring load.

Joy Burke will have the tough task of limiting Edwards impact while Hackmann and Jenkins can share the load of Daniel and look to hurt her on the other end of the floor.

When given space, Albury Wodonga are strong offensively and Daniel and Edwards can be damaging.

But overall they can struggle with their shooting, going under 40% from the field on the season. The tough defence that has become such an important part of the Rush’s game is required, to be able to hurt them on the other end.

The height of Joy Burke and Lucy Cochrane, who both stand three centre metres taller than Edwards, will be an important focus for the Rush also.

Their ability to grab offensive rebounds could be a game changer for the Rush, as the Bandits sit bottom six in defensive rebounding currently. With players crashing the boards and putting the heat on their rebounders to secure the ball, the Rush can secure some easy second chance points to add to their scoreboard pressure.