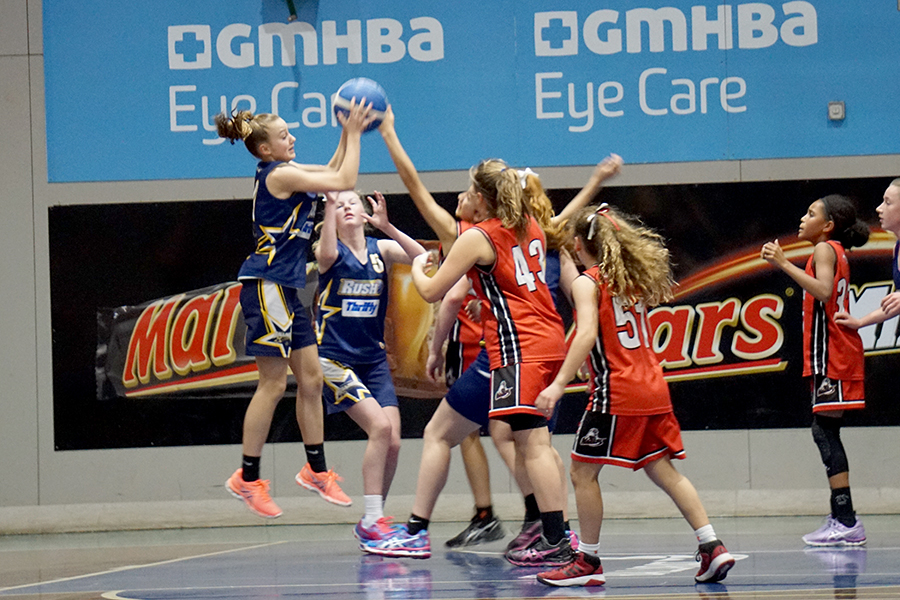 The Thrifty Under 14 Rush overcame a rocky start to defeat Kilsyth last Friday to retain their spot in the Victorian Championship at the top of Victorian Junior Basketball League ladder.

The Rush managed to score just four points in the opening term while Kilsyth poured on 16. Despite an 18-point second quarter for the Rush, they still trailed by three at half time. However, a strong showing after the break saw the Rush claim the lead in the third quarter and never look back, going on to win by nine, 50-41.

The Under 14 Rush competing in the Victorian Championship play at home this Friday, along with five fellow Ballarat teams.

Friday, August 4 at the Mars Minerdome: