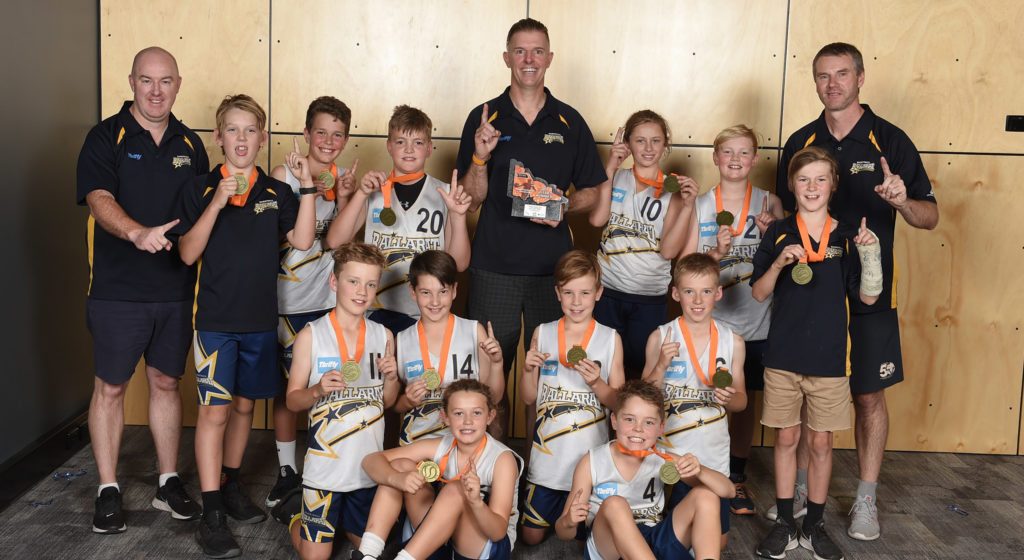 The Thrifty Ballarat Junior Miners have taken out the Under-12’s Juniors Division 1 Victorian Country Championships (43-41) against a tough opponent Southern Peninsula. The Southern Peninsula had the Miners measure most of the game however, the Miners withstood the pressure and fought to get the come from behind win.

The Miners played teams as far as Warrnambool, Wodonga, and Traralgon with plenty of close finishes leading up to the final.

Head Coach Andrew Renfree was pleased with the efforts the boys brought to the court and throughout the championships.

“Our players just kept standing up and contributing as the game progressed and never gave up even though we were down towards the end of the game. We had already shown our grit with two amazing come from behind wins in the preliminary rounds so I never doubted the boys ability to get it done.” Renfree said.

Ethan Drever (9 points) made the go ahead bucket in the final moments of the game however, it was a team balanced attack that got the Miners over the line.

“While everyone will remember the shot from Dreves (Ethan Drever) to get us in front, we had outstanding contributions from Cooper Beseler, Michael Hughes and Jake Abrams at both ends of the court throughout the game.” Renfree said.

The Under 12’s will look to build from this early success as they go through the upcoming VJBL regular season.

The Thrifty Ballarat Junior Rush U/12’s competed over the weekend too and resulting in a tough loss by Traralgon in the semi-final of only 10 points.

The Rush played 9 games across the championship (4-Friday, 3-Saturday, and 2-Sunday) and when game time rolled around on Sunday for the semi- final, the girls were just too exhausted to keep the same intensity as they did in their earlier games.

Although Traralgon handed the Rush a loss, it was still an extraordinary effort finishing in the top 4 in Country Victoria.