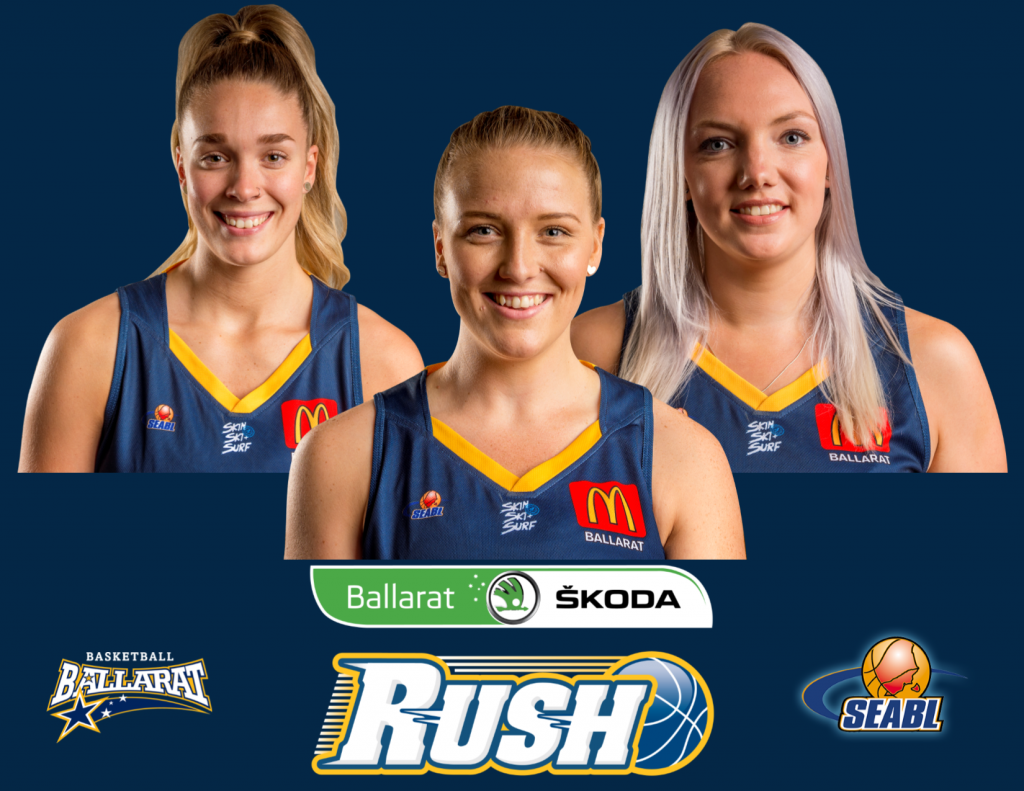 Spencer first joined the Rush in 2016 following her return from college and her debut season with the Bendigo Spirit in the WNBL. Spencers second season with the Rush saw her really develop as a player increasing her average points by four and assist by one per game.

Spencer is currently in Bendigo in her third season with the Spirit, and while they are not necessarily getting the results Spencer is enjoying her time saying “Although we are not winning as many games as we would like, I am making the most of every opportunity, we are training hard and getting better and I look forward to carrying this over to the Rush season”.

Spencer commented on Eric’s Hayes appointment as Head Coach “I am really excited about Eric, we have had a few conversations and I am really looking forward to playing under him”.

Hayes spoke of Spencer “Last season I got to see bits and piece of the Rush games and notice the improvement of Splash from her first season here in Ballarat and with another WNBL season under her she will only come back stronger which is great for us”.

Meanwhile Mathews is looking to play her sixth season with the Rush, having finished her university degree she has been spending more time on the floor and in the gym this off season in preparation for the 2018 season.

Upon re-signing Mathews said “I am really looking forward to 2018, our 12-2 winning run to end 2017 was great and with Eric re-joining the Women’s program and think it will only strengthen us.”

Hayes commented “I coached Molly back in the under 18’s and I am really excited by what she can bring, she has been working hard in the off season and I look forward to seeing that work translate into her game.”

Brooks is the final piece of the trio puzzle to re-sign for the Rush going into her third consecutive season with the Rush is one she is really looking forward to saying, “I definitely think we have the foundations of a great team building. With so many players coming back for another year, it will be great to start with the same chemistry that we ended with last season. I really believe that this is our year to achieve great things.”

Spencer, Mathews and Brooks join Joy Burke as the re-signed players for 2018. Senior Elite Teams Rush Chair Lynly Doherty said “It is pleasing to have these athletes re-signed for 2018, the end of 2017 was highly successful and we believe that keeping a core group together will give us the best start to 2018.”

The Skoda Ballarat Rush are excited for the 2018 season and hope to be announcing some new signings in the near future.