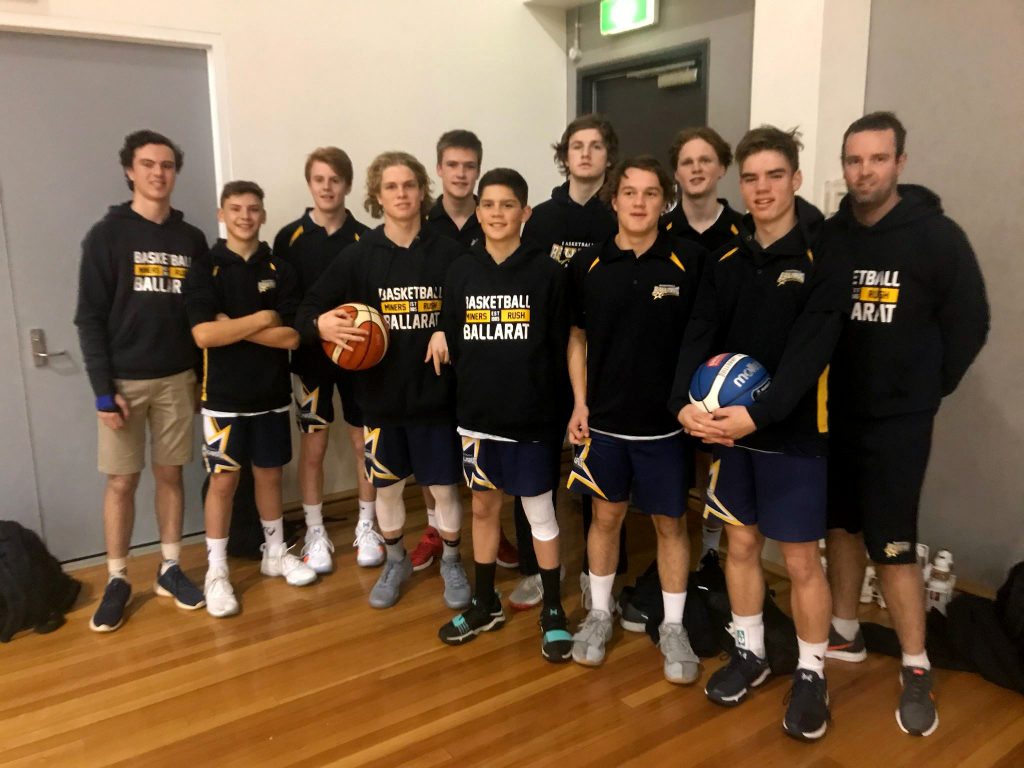 The Thrifty Under 16 Ballarat Miners have made themselves known to basketball clubs across Australia, winning bronze at the invitation-only National Junior Classic in Melbourne.

The Miners crushed North Adelaide 69-47 in the playoff for bronze on Monday, after suffering a two-point loss in the semi-finals the day before.

“This is a wonderful result for the boys, families, Chris and the rest of the staff. It was exciting to see them put ego aside, and genuinely play for one another. They represented the program with pride, and we were ecstatic to see the athletes, staff and parents exhibit our culture in front of an important (national) audience. With a combination of local and western region athletes, this is one of the deepest and most talented squads in our Junior Elite Teams program. We feel this result, and the make-up of the group, is a snapshot of the future for the Basketball Ballarat JET.”

It was a big step up from Rivers, who had been averaging just over four points per game in the tournament, to deliver 12 points in each of Ballarat’s last two games.

However, Head Coach Chris Thornton emphasised strong performances from the entire squad were what made the difference, even those which do not show up in the stat sheet.

“Throughout the entirety of the tournament we had even contributors across the board and our bench played vital roles within their minutes. At the beginning of the tournament I emphasised the theme of ‘enjoying every moment together.’ The group really bought into this 100 percent and our performances showed. Nath Sutton’s offensive game was important as he hit numerous big shots for us whilst Charlie Molan exhibited everything that our JET program is about, being unselfish and sacrificing his own personal stats sheet for the benefit of his teammates in a sign of true leadership – he constantly stepped up and nullified the impact of the opposition’s best players. This defensive mindset echoed through the group and allowed out offensive transition to takeover.”

The team returns to the Mars Minerdome this Friday to take on the Melbourne Tigers at 8:20pm. Entry is free for all Thrifty Junior Miners and Rush games.