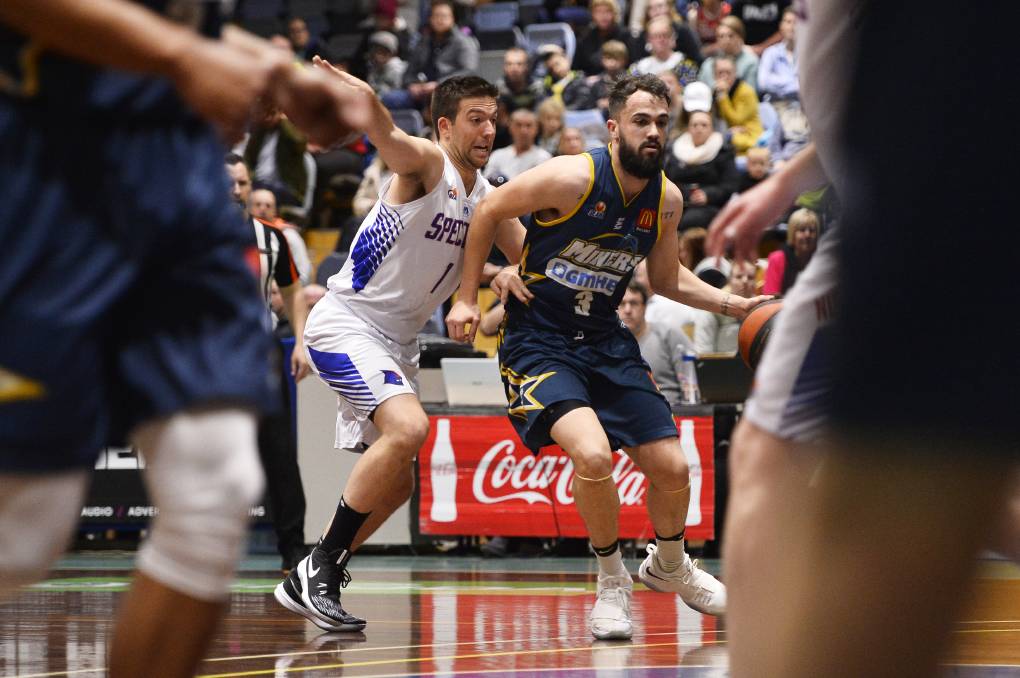 Ballarat Miners were hard at work on Tuesday evening as the team prepares for another tilt at a South East Australian Basketball League championship.

For captain Peter Hooley, Saturday’s game against Nunawading will mark the second year he leads the team into a finals series.

“It’s exciting – it’s something we’ve worked hard for,” he said at the Miners’ training session.

“It’s always a grind of a season… got a lot of ups and downs and I think we’ve especially had that this year.

“But where we are now we are in a good position to do something special.”

The Miners are under no illusions just how tough it will be to defeat the top team for a third time this season.

Ross Weightman, who also plays in youth league, is excited to represent the Miners in another finals series.

“I still get nervous, even though it’s my second one,” he said.

“But I’m still looking forward to the challenge and it’s always an exciting time.”

While his family will make up some of the Ballarat support at Nunawading Stadium, Weightman is looking forward to bringing the finals home to the Minerdome.

“That’s always  huge, our crowd is fantastic so I love playing at home,” he said.

Meanwhile, Ballarat Rush import Courtney Walker has received confirmation she ruptured her Achilles during the team’s final game of the season against Diamond Valley on Saturday night.

Walker, who is not walking, is expected to undergo nine months of rehabilitation. She will return to the United States on Friday.