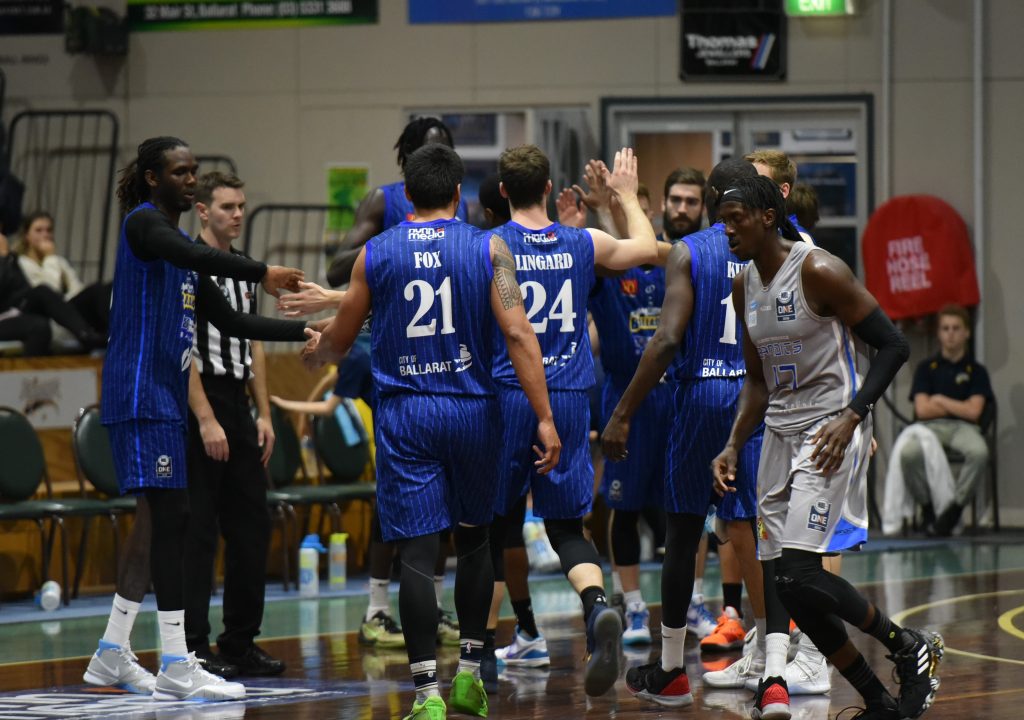 Following three straight losses against three of the top four teams, the Rush welcome the Eagles, who sit last on the ladder at 2-13, into the Mars Minerdome.

The team’s fixture is helpful for their finals chances, with four of their five opponents to end the season either below them or around them on the ladder. It starts this weekend against Diamond Valley, who are 1-6 on the road this season.

Hope Terdich (16.4 points and seven rebounds) and Anneli Maley (19.6 points, 15 rebounds and three assists) have been important players for the Eagles who will need to be guarded closely, specifically Maley who is pulling down 15 rebounds a game as a guard.

Her battle with Chanise Jenkins and Olivia Hackmann will be key matchups for the game, with the Rush duo averaging an impressive six rebounds a game each as guards. Their biggest task will be to keep Maley off the offensive rebounds, as she pulls down five of them a game this season.

Limiting her influence on the boards will take away a good percentage of the Eagles rebounding, and as has been the key this season during the Rush’s wins, will allow them to get second chance points or run the floor and put pressure on them down the other end.

In the half-court, defensive pressure will be an aspect of the game the Rush will want to be strong in. Diamond Valley average 17.3 turnovers a game, second worst in the league, so pressure on the ball at all times will be crucial to get stops on the defensive end.

In the girls five wins this season, this has been an obvious factor in their success, with Lucy Cochrane and Joy Burke clogging the middle and getting rebounds, while the guards pressure every dribble and every pass.

On the offensive end, the Rush hold the advantage in shooting numbers, so a strong showing in that facet of the game will go a long way to a win.

The Eagles shoot 36.5 percent from the floor and 28.4 percent from three compared to the Rush’s 40.8 percent and 32.8 percent. The maths is simple, pressure the Eagles into a high amount of turnovers to be able to score in transition or find good looks in the half-court to apply some scoreboard pressure.

The Miners have secured a spot in the NBL1 playoffs but will be looking to continue their good form against Diamond Valley who sit 10th on the ladder at 7-8.

The Eagles have had an up and down season, losing six of their first eight games. Since then they have won five their last seven to put themselves in serious playoff contention.

Logan Hovey has been important in their revival, averaging 25 points and eight rebounds in his last seven games, along with Joel Spear who’s been a key player with 13 points, six rebounds and five assists a game.

They sit bottom six in the league in scoring with 85.7 points a game, so limiting Hovey and Spear’s impact puts pressure on other players to pick up the scoring load against a Miners team that allows just 76.4 points an outing.

This helps the boys offensively, as Diamond Valley allow 87.8 points a game, so stops on the defensive end can help them get easy scores in transition and go on big runs that have won them games this season.

In the half-court, when shots are not falling, the best thing the Miners can do against the Eagles is pressure the glass for offensive rebounds.

The boys sit fourth in the league with 13.1 a game, led by Josh Fox and Deng Acuoth with four and three respectively a game. Being able to pressure them and find some easy second chance points will go a long way to keeping the scoreboard ticking over.

Deng Acuoth’s shot blocking will be just as significant as his rebounding in a game where Diamond Valley shoot a healthy 45 percent from the field. He has averaged two a game in his last five outings, still top few in the league but below the outstanding pace he set earlier this season.

His ability to alter shots inside the paint and let the Miners dangerous guards run the floor has been an important part of their game this season and will be again this weekend to shut Diamond Valley out early.