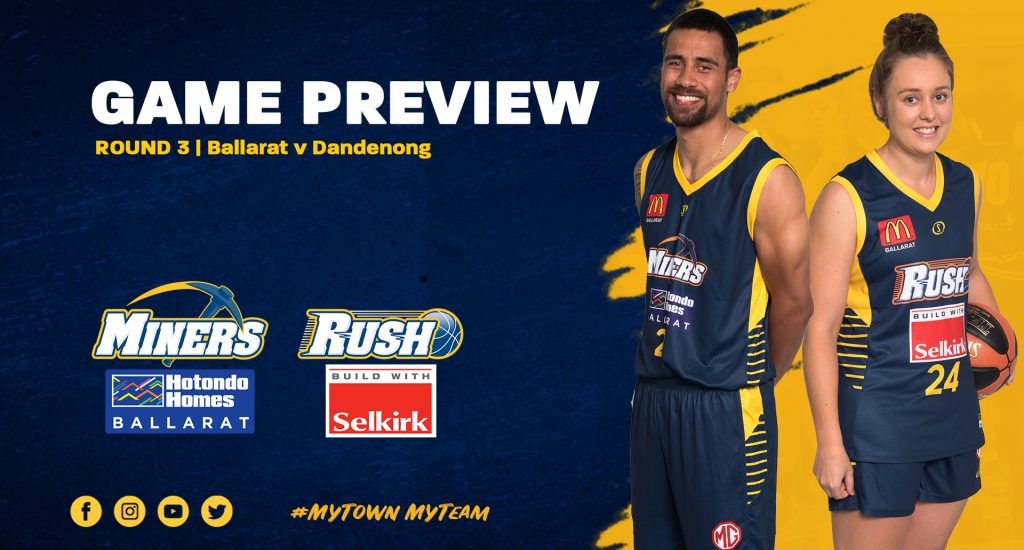 The Hotondo Homes Ballarat Miners and Selkirk Ballarat Rush make the trip to Dandenong this Saturday night to take on the Rangers, as they begin their five-game road trip.

The Miners have started strongly this season, with a tough win over Nunawading in round one and a 94-86 win over rivals Bendigo in round two.

The schedule does not get any easier however, as they face a traditionally strong Dandenong team who beat them in the conference championship in 2017 and have started their 2019 campaign 2-1.

The Miners will look to continue their good shooting, going at 48% from the field and 42% from the three in the first two rounds. Their 94 points a game is third in the league which is a great sign for the new look squad under new head coach Brendan Joyce.

With rebounds, assists and steals all very similar between the two teams, and Dandenong a good system team that rarely beats themselves, the Miners will need their strong shooting to help find that winning edge. 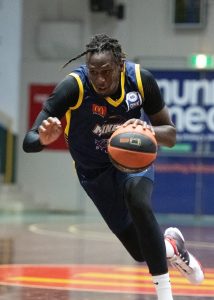 Led by Jerry Evans Jr., Sam Short and Kuany Kuany who are all averaging above 20-points a game, the Miners will be need another even team performance on both ends of the floor to start 3-0.

They come up against an in-form Dandenong team, who after falling to Basketball Australia Centre of Excellence in round one, have followed up with good wins over the Southern Sabres and Diamond Valley in round two.

Lucas Barker will be a player to watch on defence for the Miners, coming into the game averaging 21 points, 4.7 assists and 5 rebounds a game. Samson Froling, who played his first game for the season against Diamond Valley and had 24 points and 9 rebounds will also be someone to watch carefully.

The battle of the point guards between Barker and Short will be a key individual battle, as both have started the year strongly and are key players in their respective teams.

With both teams hoping to challenge for the championship, this will be an important game to help see where both sides sit early in the season.

The Rush enter round three following two competitive losses and with a great chance to knock off one of the in-from teams in the NBL1.

Rounds one and two have seen the girls be in the game through the first two or three quarters but have been unable to finish off the game in the final term. 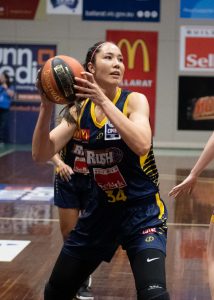 Behind star player Joy Burke (averaging 12.5 points and 6 rebounds) and key recruit Olivia Hackmann (averaging 13 points and 3 rebounds) the Rush will need to lift their 34% field goal percentage as they look to get their first win of the 2019 NBL1 campaign.

The rebounding battle will be an important one, as both teams average 38 a game and more than 9 offensive each. Burke and new addition Lucy Cochrane will need to continue their strong start on the boards to shut out Colleen Planeta, who enters the game averaging 11.5 rebounds.

Dandenong is sitting cosy at 3-0, equal top of the ladder alongside Bendigo after wins against the Basketball Australia Centre of Excellence, the Southern Sabres and Diamond Valley.

The Rush will have to be wary of league scoring leader Rebecca Cole, who is coming into the game averaging 32 points a game. Her sidekick Aimie Clydesdale is another potential weapon to watch for, averaging 22.5 points and 5 rebounds in her first two outings.

The Rush will be looking to guard pair Georgia Amoore and Hackmann to minimize their influence, whilst hurting them on the other end with their pace and shooting.