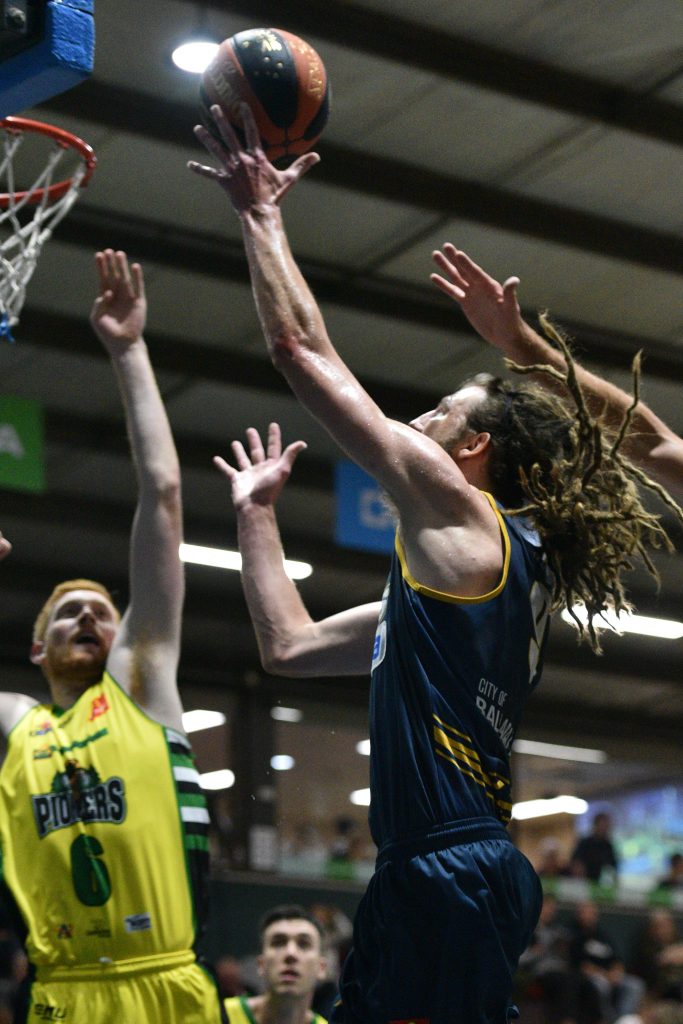 Fresh back from the Melbourne United two game series trip to Jiangsu province in China, Craig Moller discussed the trip, his Melbourne United plans and plans for the remainder of the SEABL season.

Australia and China are very different, over there it was a very defensive game, noted Craig. It is still very early in the United preparation, but Moller said “it was good to start building our culture and what we are going to be about, as a team this year, and overall it’s quite positive”.

In terms of leadership qualities, Craig comes back to Ballarat this week after “being around the elite leadership group of Melbourne United, and then coming back to Ballarat there is something I can really improve and work on within myself, becoming a better leader for our team and hopefully push us forward a bit more.” Craig’s development of his leadership qualities, will assist the Ballarat Miners throughout the rest of the    season, as they continue to work hard to stay up the top of the ladder.

After returning from China, the culture change is massive, Moller noted. Adaptability was a big thing during the trip to China, with lots of long bus rides and travel, challenged him and the team to adapt to different situations, be resilient and increase their mental toughness. But in terms of playing basketball, Craig said, “it was just good to get out there, my first official thing with Melbourne United, it was just a fun experience”.

Recovery was another issue with the players, and it took 36 hours to get from Craig’s hotel room back to Ballarat, so from the recovery perspective, Craig said, “it wasn’t ideal, but I got though it”.

Moller described the games against the Chinese teams as really competitive. He thought that, Melbourne United did not shoot the ball well at all, but played really well defensively. He noted that pleasingly, United were able to keep the opposition under 60 points for the game.

Coming away with 2 wins, is just the start of our campaign, said Moller, even if it is a long way to the beginning of pre-season, and he still has a lot to accomplish at the Miners before then, it was great to start the Melbourne United winning culture, said Craig.

New Head Coach, Dean Vickerman was a determining factor to Craig joining Melbourne United for the upcoming season. Craig and he started building a relationship last year in Sydney “but he is one of the big reasons I came across to Melbourne”, Moller. His style of coaching, gives us a lot of confidence, playing our natural game, which Craig found really enjoyable.

Moller’s main role at United will be as a small forward, which as he explains is “sort of my natural position” In Ballarat, we see he play a bit in the power forward, but in the NBL Craig think’s his role will be to come off the bench, in that 3 spot and give the team some good minutes, some good energy and help get the win.

Having buddy, Sam Short with him at Melbourne was a reassuring factor for Craig. “Having Shorty there was fantastic for me, and he did really well himself over there. I was pretty impressed with how he played!” Moller and Short have a great relationship on and off the court, and Moller thinks building on that in Melbourne will only be a positive for everyone. The Ballarat crowd should be excited to watch this dynamic partnership develop even further.

On improvement to his game, Moller said “I think defensively, is one thing that I can really improve in the SEABL and its more just a mental thing I think” Moller noted that when at Melbourne “I’m not necessarily the main option or the main scorer, then obviously coming to Ballarat I have a big focus in the offense. I tend to switch off a little bit in some possessions and not play defence as well.” This is something Craig is adamant about improving on for the Ballarat Miners.

“I can certainly use my defensive skills it to my advantage more than what I have been”, said Moller. Playing at a 4 position, he thinks he can really get up and defend people to make it really hard for the opposition, “because sometimes I have the tendency to sit back and relax a bit”. He noted that this is something he has been working on with United and will translate into his role back home in   Ballarat.

But does Craig feel the pressure, being a main option at Ballarat? No he assures us that, he is more than happy to be that person, “I’m the kind of person that enjoys having the responsibility and the pressure on me”

On tonight’s game, Craig is excited, “I’m excited to come back and play for Ballarat again, I really wanted to play last Sunday, but it just didn’t work out and I didn’t get back in time” But facing his old coach Andrew Gaze, which we can imagine for many would be incredibly daunting, Craig thinks it will be just good fun!  He did note that, he does know Melbourne’s system that they are running really well from Gaze – so it should be a good game!