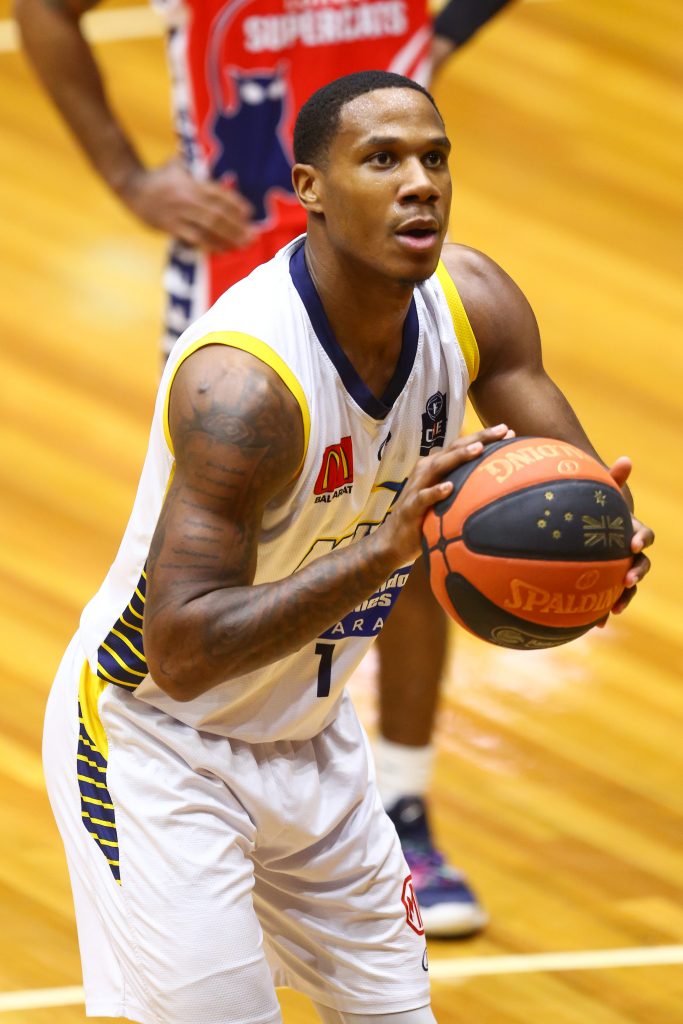 The Hotondo Homes Ballarat Miners and Selkirk Ballarat Rush have returned from their extended break with mixed results at Geelong Arena on Saturday night.

The Rush fought back well after a tough start but top of the table Geelong were too strong, coming away 83 to 60 winners, while the boys returned to the winners list with a hard fought 66 to 62 win over the Supercats.

Chanise Jenkins was the star of the night with 30 points, nine rebounds and five assists going at 75 percent from the field. Jerry Evans Jr. was solid for the Miners with 19 points and seven rebounds while Marqueze Coleman added 17 off the bench.

The Rush were full of confidence coming into the battle with the 13-1 Supercats but the first quarter was a struggle on the offensive end. The girls went 5/24 from the field including 0/4 from three to find themselves down 22 to 10 at the quarter time break.

They found their groove in the second quarter though, flipping the game on its head. Jenkins opened the term with a big three to get the scoreboard ticking over and it started a great shooting stretch for the Rush.

A 14 to 6 run early in the second term got the ball rolling for the team, the message from coach Eric Hayes to move the ball quick in transition and attack the basket.

Jenkins and Hackmann led the way, both getting to the free-throw line in successive possessions to get the deficit back to seven.

The attack first mentality put pressure on the defence and they stood off the ball to prevent the easy drive, allowing Jenkins and Hackmann to knock in some open jumpshots to get the deficit back to just five at half-time.

The third term was a struggle for both sides on the offensive end, Geelong shooting 5/19 and the Rush shooting 5/17 from the floor. Both teams were suffocating on the defensive end, leading to tough shots or turnovers.

The Supercats were able to add to their lead however by getting to the free-throw line, knocking in five from the line to the Rush’s zero to take a 58 to 47 buffer at three-quarter time.

The game was still in the balance midway through the final term, the girls keeping the deficit at bay and within striking distance.

The Supercats caught fire in the final three minutes though, Sarah Blicavs knocking in three long range bombs to help Geelong on a 14 to 0 run and put the game out of reach.

Jenkins spoke today about the Rush’s continued confidence after being able to push the top side heading into a double header this weekend.

In one of the biggest matches of the round, the Miners came out on top against the third placed Supercats who entered the game in great form.

The match was a tight battle all night, the biggest lead being nine points for the Miners late in the final quarter.

The first term started off fast paced and the crowd was full of energy. The up-beat tempo didn’t quite translate to on the court though, Geelong shooting just 6/22 from the field while the Miners went 5/11.

Both teams couldn’t buy consistent buckets but the defensive intensity was high, Deng Acuoth leading the way with a big block into the third row just a minute into the game.

The second term saw the game tighten up as the offense started to lift from both sides. Coleman made his presence known off the bench with nine points for the quarter, finding a great balance between his jumpshot and attacking the rim.

The team followed suit, with Evans Jr. and Josh Fox able to get to the line to help the Miners to five free-throws along with their three makes from long range. This included a dagger from Coleman on the half-time buzzer to quite the crowd as the Miners took a three-point lead into half-time.

The second half was an offensive struggle for both teams but the defence was a big contributor to that. The Miners were the better of the two sides though, able to shake off their mid-range struggles as their three-point game continued to be strong.

Evans Jr, Sam Short and Tristan Fisher all knocked down three’s within two minutes to take the lead out to seven.

The final term was the complete opposite however, the Miners only hitting three field-goals and five free-throws to total 11 points for the quarter.

Their defence continued to be strong though, keeping the Supercats to 15 points, with Evans Jr. pulling down three blocks to lead the team on that end of the floor.

Geelong continued to press, getting the lead within four, but some clutch free-throws off a fouled three-point attempt from Evans Jr. and a big dunk on the ensuing possession put the lead at nine with a minute to play.

Two late free-throws from Fox and Evans Jr. put the nail in the coffin for the Supercats, the Miners back on the winners list with a tough win on the road.

Game MVP Evans Jr. spoke about the importance of hard-fought wins such as those to help the team come finals time later in the season.

“It was a game that we needed, those are the type of games that I think we’re going to need going forward, those games kind of show what your team is made of, so to be able to figure it out and get it done was big for our group,” he said.