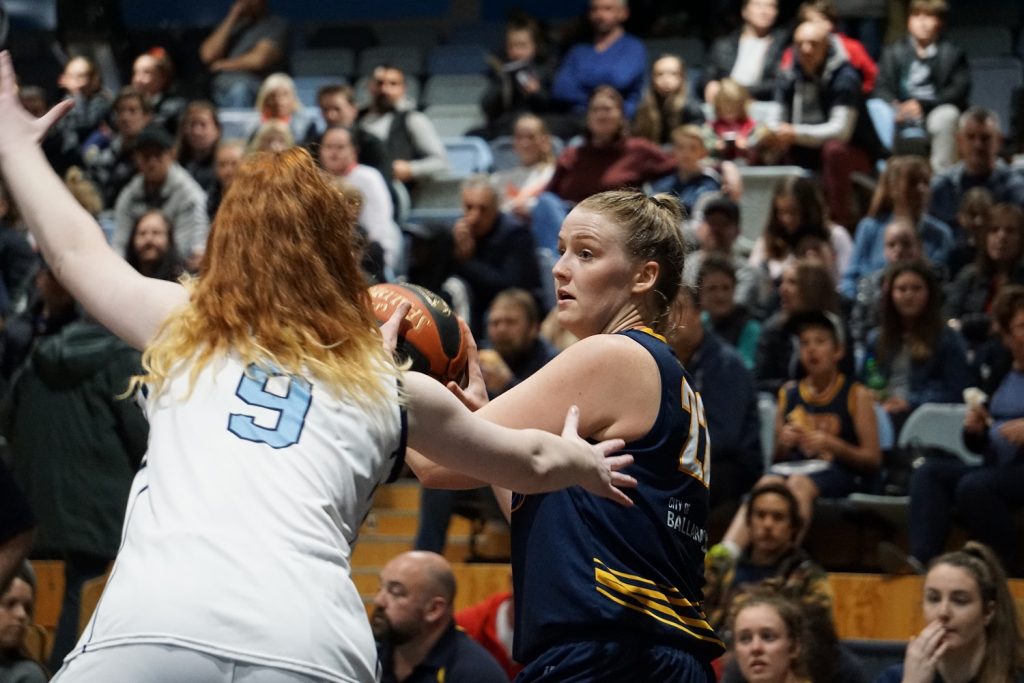 The Ballarat Rush’s winning streak continued on Sunday with yet another win in the second half of the season.

It was a team effort on Sunday, with Taylah Wynne scoring 12 points, Lydia Brooks with a great 9 rebounds and Molly Matthews with 8 points and 5 assists.

Launceston’s Tayla Roberts top scored for her side, with 28 points and 14 rebounds. Lauren Nicholson also contributed 18 points and 9 rebounds for the Tornadoes.

Ballarat came off a win against Frankston, away Saturday night, 74 – 81, with Jaterra and Ashleigh, scoring 25 and 23 points respectively. They were able to continue their impressive second half of the season, with another clean win over Launceston, to prove that they will not give up.

Head Coach Dave Flint was so impressed with his side’s competitiveness and their ability to not only maintain their lead, but, in the third quarter, really extend it.

It was a real team game on Sunday, with the Rush having a total of 32 assists, noted Flint. Ball movement was great and Dave was able to be comfortable with any combination of players on the court. After the start to the season that Ballarat has had, he paid testament to his side’s perseverance and determination and almost can’t believe how well they have turned the season around. He can only imagine, where they would be positioned if the season started after round 9!

Ability to spread the scoring was a benefit for the Rush on Sunday, a real cohesive effort from the Rush, noted Flint.

Players coming off the bench had a huge impact, with the Rush’s second unit contributing a total of 15 points. Taylah Wynne was instrumental in this, with 12 of them. Flint sung her praises and noted she has an incredible ability to be able to hit a big shot in a pivotal moment. Wynne did so on Sunday, with 2 big three-point shots early in the first, to close down Launceston’s early 10-point lead.

In the absence of Joy Burke, Lydia Brooks stepped up today, with 9 rebounds and some great work off the ball defensively. Flint was so happy in how each player played their role defensively and was able to take boards to cover the loss of Joy. Flint noted how much Lydia has stepped up and her work ethic has been great.