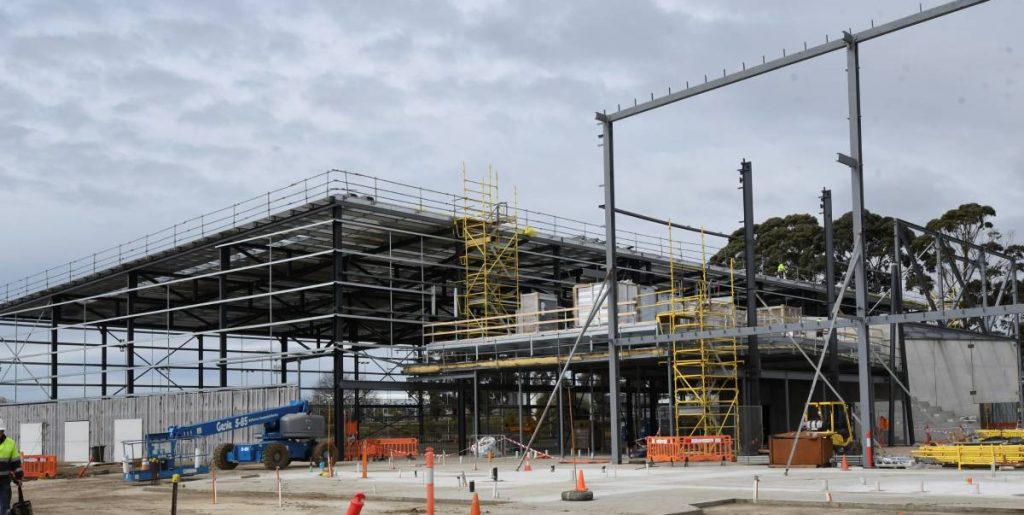 The Australian under-14 club championships will be played at the now under construction facility on September 30-October 5 next year.

The $24m multi-purpose centre, which is scheduled to be completed mid-year, will allow the boys’ and girls’ titles to be contested together in a regional centre for the first time.

He said it showed what could be achieved when all tiers of government worked together.”

Honey said these championships were always hotly sought and getting them to Ballarat further enhanced Victoria as the nation’s premier basketball state.

He said more than 50 per cent of the sport’s participants nationwide were in Victoria.

Honey said getting the championships to Ballarat once again reinforced Victoria as the epicentre of the sport.

Basketball Australia competitions general manager Paul Maley said it was exciting to have the under-14 club championships back as a combined event in what he described  would be an “amazing new facility”.

She highlighted that 650 athletes and officials from around Australia would attend, with 4000 family members and supporters filling every spare bed in town.

Basketball Ballarat chief executive officer Peter Eddy said it was a great opportunity for Ballarat after being out of the tendering space for national events for a few years owing to facilities no longer being up to the required standard.

He said the sky would be be the limit for what new Ballarat Sports and Events Centre would be able to do for Ballarat.