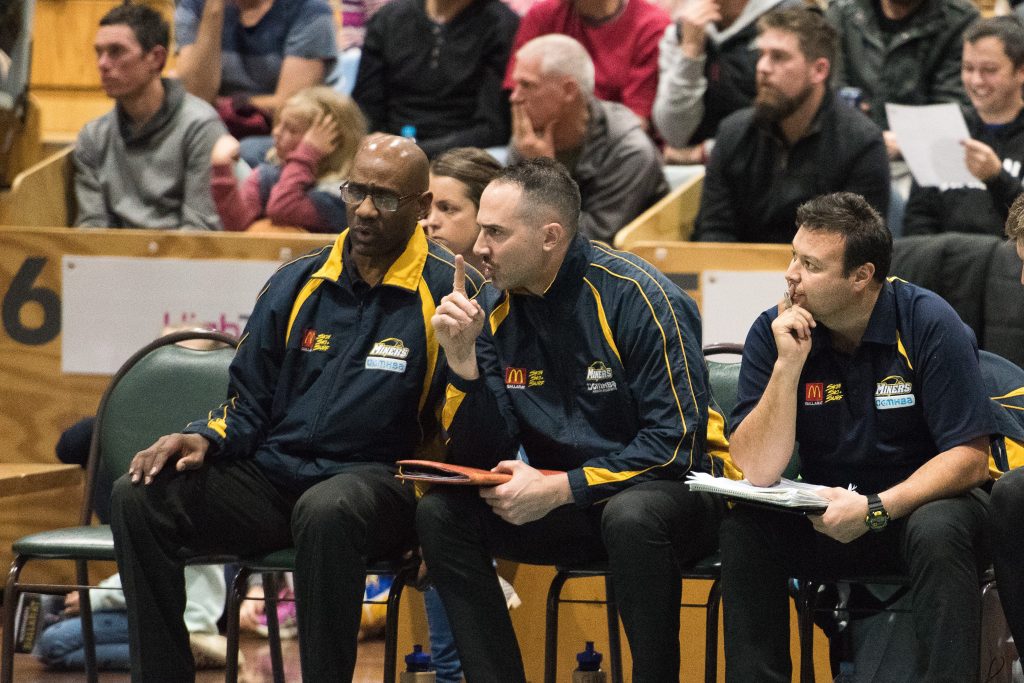 The GMHBA Ballarat Miners are excited to announce the appointment of Nathan Cooper-Brown as the Head Coach for the next two years.

Cooper-Brown joined Basketball Ballarat in 2015 as the Manager – Athlete and Coach Development in a new role created to oversee the development and execution of coaching and elite player development in Ballarat and the Greater Western Region.

In 2016 Cooper-Brown set about to ensure a fully integrated and streamlined Elite Program from U/12 to U/18, Youth League and SEABL Miners & Rush for male and female players, coaches and officials through guiding and implementing the agreed philosophy, performance standards and coaching strategies for all Elite Teams.

After setting the foundations of our elite program 2017, Cooper-Brown moved into the GMHBA Miners assistant role and worked alongside Eric Hayes, while also continuing in his role as Manager – Athlete and Coach Development.

With Hayes making the decision to not extend his contract Basketball Ballarat asked Cooper-Brown to present his vison for the Miners program in 2018 and beyond to which he was then appointed Head Coach.

Cooper-Brown said “Ballarat is a wonderful basketball community so I am honoured to be given this role, the Miners have a long and proud history of success, something I’m looking forward to contributing to. Last season was a great opportunity to work with, and learn from Eric Hayes, so I am eager to build on all the great work he has done for the club these past few years. I would like to thank the committee, the Board, Peter Eddy and Eric, for affording me this wonderful opportunity.”

Senior Elite Teams Committee – Miners Chair Simon Walshe said “We pride ourselves on the pathways we create for athletes and coaches and Nathan is a prime example of this. He clearly has the basketball knowledge and after the year he had as an assistant coach with the Miners we feel he is the right person to take our Miners program into the future”.

Walshe added “since David Flint arrived in 2013 our coaching group has had a fantastic culture of not only mentoring each other but willingness to learn and do what is best for the program.”

Walshe finished with “Nathan is someone of high character with extensive exposure to high level basketball. He has a love for his players and provides them with the best opportunity for them to get better as individuals and a team as evident with the 2017 SEABL season with three players being picked up by Melbourne United and the team reaching the Conference Final for the first time since 2003”.

Cooper-Brown will enjoy a short overseas holiday before returning in October to hit the ground running with a big pre-season planned before looking to take the Miners even further in 2018 as well as continuing in the role of Manager – Athlete and Coach Development.

Whilst away the Senior Elite Teams Committee will be looking to retain players from 2017 whilst also adding depth to our program.

Basketball Ballarat will be looking to make player signing, and further coaching panel announcements in the coming weeks.