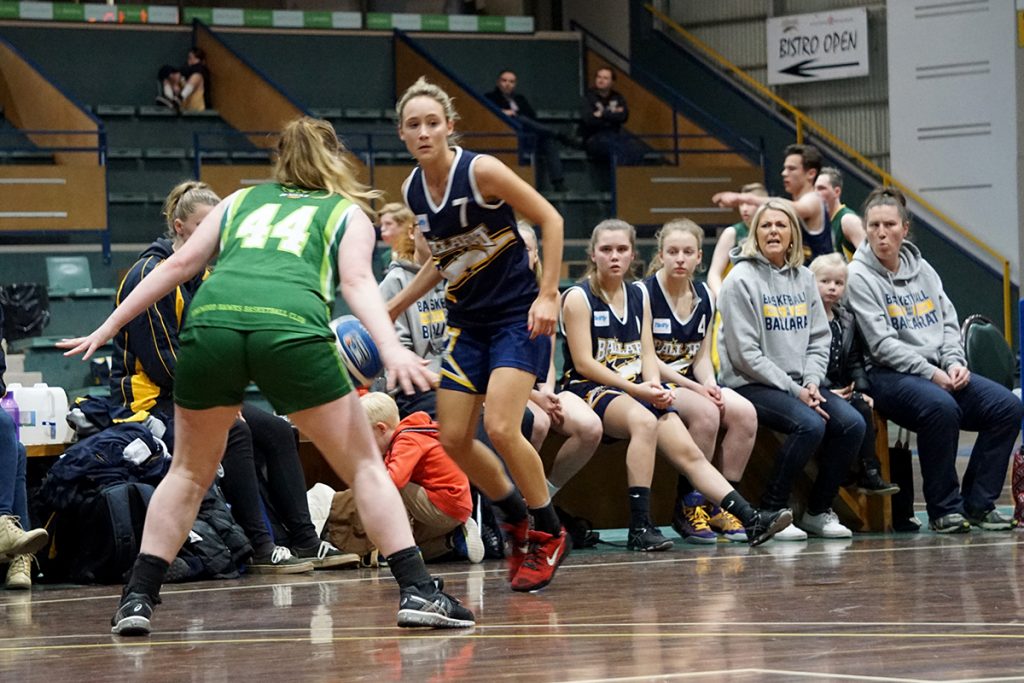 The 2017 Basketball Ballarat Junior Elite Teams season saw a variety of results, but all athletes, coaches and parents proved themselves to be wonderful ambassadors for the Ballarat community, as each team competed in tournaments and the Victorian Junior Basketball League (VJBL), all over the State.

Amongst those varying results two stood out. The U18 and U14 Rush. Two teams that saw their hard work, passion and execution achieve on-court success.

The U18 Rush capped off a turbulent season by winning the U18 Victorian Championship Reserve Division. This division of the VJBL was jam-packed with talented athletes and knowledgeable coaches from the Metro area. The U18 Rush finished the season third on the ladder with 6 wins, 10 losses, and 2 draws, a representation of the slugfest that was their year. But once the finals campaign began, the girls came together, built on a unity that had kept them together through injuries sickness, and missed games, and powered through the playoffs eventually knocking off Pakenham 60-51 in the Grand Final at Dandenong stadium.

Coaches Meg Clark and Kristy Trahair-Merrett were extremely proud of their girls. Clark commented, “These girls have been sensational all year, they stuck together when things got hard and have been rewarded here tonight”. Trahair-Merret added, “we stuck to our process this year, built a strong team culture, executed our style of play, and this was the outcome. It’s truly a wonderful result for all involved”.

Along with the U18 Rush the U14 Rush are having a very special season. On Friday night at Dandenong stadium they continued their stunning form winning the U14 Victorian Championship Reserve division, beating Waverley 49-37. This group has been stellar all season, including a league leading 13 wins and 5 losses, but more importantly winning the U14 Country Championships in home town Ballarat.

The Country Championship means the season is not over for these girls, next week they travel back to Dandenong to compete in the U14 Club Championships, where they will test themselves against the best U14 Girls club teams from around the country.

Basketball Ballarat Manager of Athlete & Coach Development, Nathan Cooper-Brown commented on the group, “I am incredibly proud of this team and staff. Coaches Lidina Constable and Justin O’Gorman, have done a sensational job of getting the team to buy in to our program values and standards. Plus, they worked tirelessly to not only help the girls execute our style of play on the floor, but invested heavily in their development as young ladies off it. The whole Basketball Ballarat community will be behind them as they take on the rest of the Nation next week.”

The last Basketball Ballarat team to compete in the U14 Club Championships was in 2013.

For all the information regarding the tournament, please go to: http://basketball.net.au/championships/u14-club-championships/