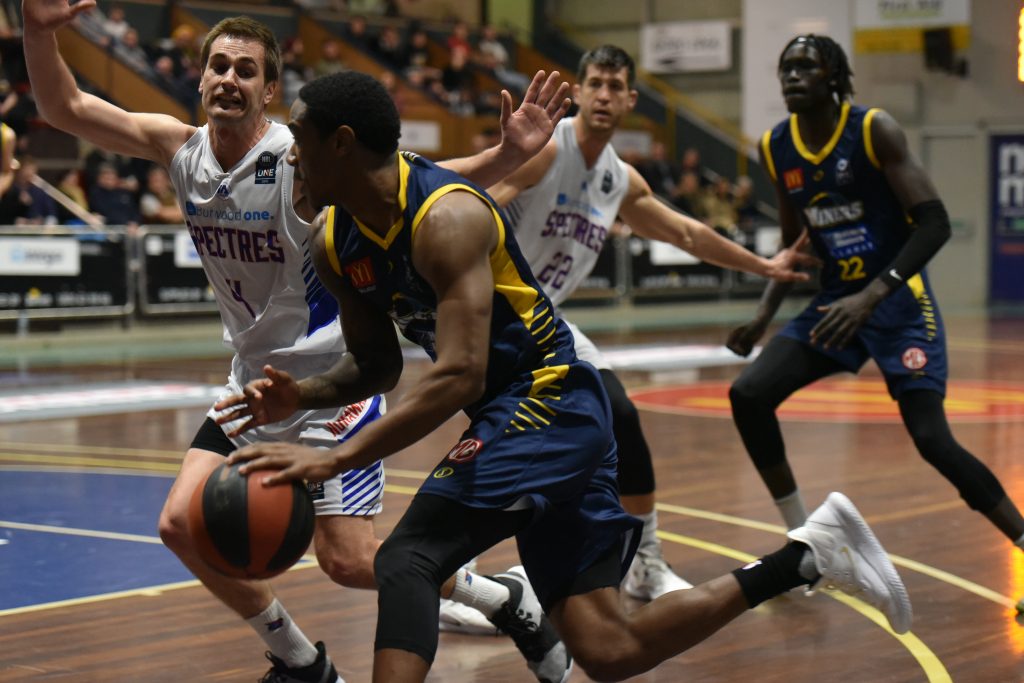 The Hotondo Homes Ballarat Miners NBL1 season has come to end after a hard-fought Preliminary Final with Nunawading on Saturday night, going down 75 to 68. 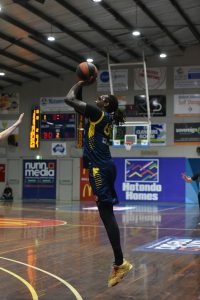 An eight-point deficit in the first quarter was the difference in the game for the boys as they were able to win the remaining three quarters.

It was Fox who started the game well for the Miners, some nice passing around the perimeter finding him open in the corner for the first three-pointer of the evening.

He followed it up with another shot from long range two minutes later as the boys gave themselves an early lead.

The end of the quarter belonged to Nunawading though, an 11 to two run late in the term helping them jump out to an eight-point lead at quarter time.

Out of the break the Miners started to hit their stride, their defensive intensity lifting to the high standard they had set all season long. The Spectres could not buy a basket while the boys were able to pile on seven points to nothing to get the deficit back to one. 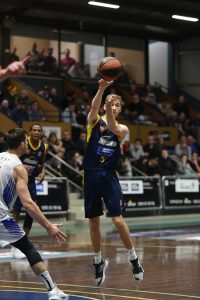 The run was highlighted by a big double block by Marqueze Coleman and Josh Fox, sending Kuany out in transition, finding Jerry Evans Jr. open for a three to get the crowd out of their seats.

Nunawading slowed the game down though and were able to get it back on their terms, finishing the quarter strongly to go into half-time with a seven-point lead.

The third-quarter was eerily similar to the second, the Miners coming close to breaking the game open with a big run but Nunawading able to prevent it each time, while scoring on the other end.

Midway through the term they were able to climb out to a game high 15-point lead which kicked the Miners into gear and started a game saving run.

A nine to nothing run to end the quarter and begin the final term bought the deficit back to just six, the boys attacking the basket and putting the Spectres under pressure on that end of the floor. 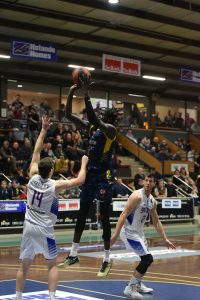 Struggling to find a three-point basket all night, it took a Josh Fox triple to get the Miners and the crowd going.

Sam Short came off a strong screen to find an open mid-range jumper and bought the lead back to just five. On the ensuing possessions it was the three-point show though, Kuany knocking in a three and Evans Jr. hitting a tough corner triple to give the Miners a one-point lead.

With the crowd about to blow the roof off the boys were riding a big wave of momentum to finish the term, exchanging the lead multiple times in the clutch.

Shane McDonald hit a tough three to put Nunawading up two with just under two minutes to play however. Evans Jr. had the hot hand and took the responsibility on the next possession but was unable to answer.

The Spectres replied with a three-point play from Dain Swetalla, pushing the lead out to five with a minute to go.

Despite a great run to almost clinch a spot in the Grand Final, it was too little too late for the Miners, falling by seven-points.