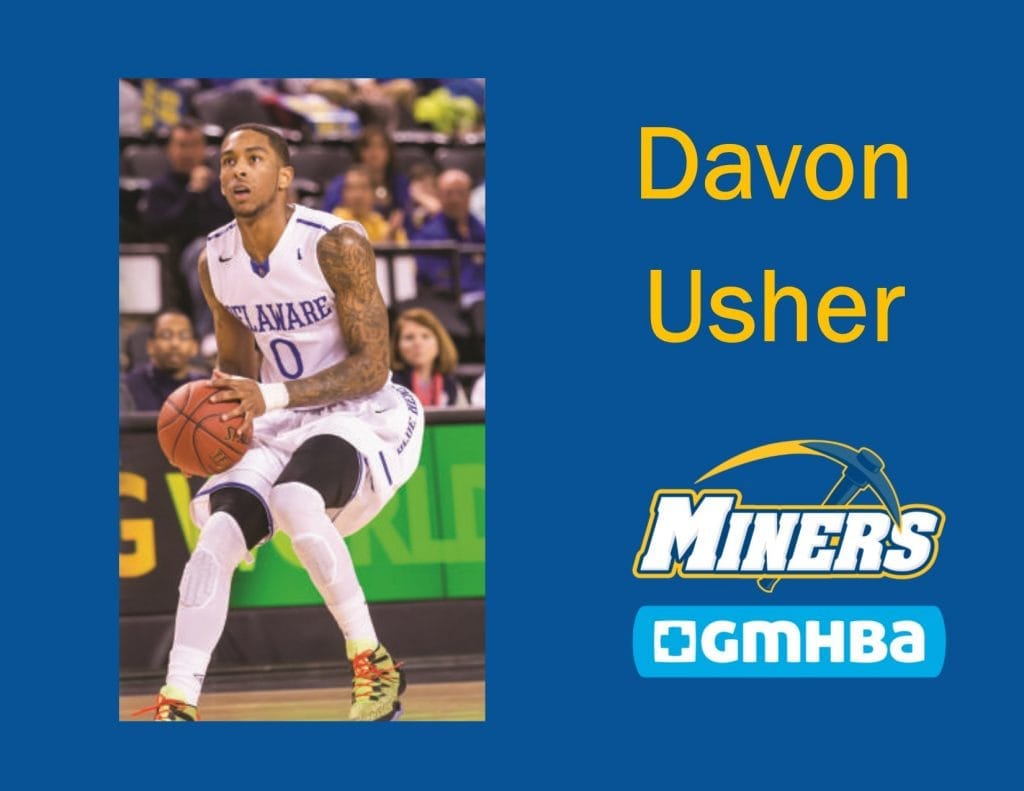 Usher is a two time all conference player with the University of Delaware and was a conference champion in his senior year (2014) with Miners other import Marvin King-Davis. During the championship winning season, Usher led the team in scoring and rebounding in the guard position.

GHMBA Miners Head Coach Eric Hayes said “Davon is a great get for us, he had a great College record and has experience in the NBA D-League” Hayes continued “He is of good size and from the footage we have seen we believe he will fit right into our game plan.”

Once Usher had finished his College career he attend a number of NBA Pre-Draft work outs with Washington, Utah, Philadelphia and Denver.

In 2014-15 Usher signed with Mec-Energ Roseto in Italy before moving to Keflavik in Iceland where he played 16 games and averaged 24 points and eight rebounds per game.

Miners Elite Teams Chair Matt Sheehan said “after skyping with Davon we knew we had to secure him, he is great guy who will work well within our community and we look forward to this.”

Sheehan is pleased that we have been able to sign the imports early “having now locked away our imports,  our overriding focus and importance to our team is signing our local players.  We have stayed in constant contact with them and will be our final step towards to ensuring we get back to playing finals basketball.”

Usher is expected to arrive in the same week as King-Davis with the exact dates to be determined when immigration paperwork has been complete.

Both the Miners and Ballarat Rush have secured three and two players respectively each for 2017 and expect to make other signing announcements in the next fortnight.