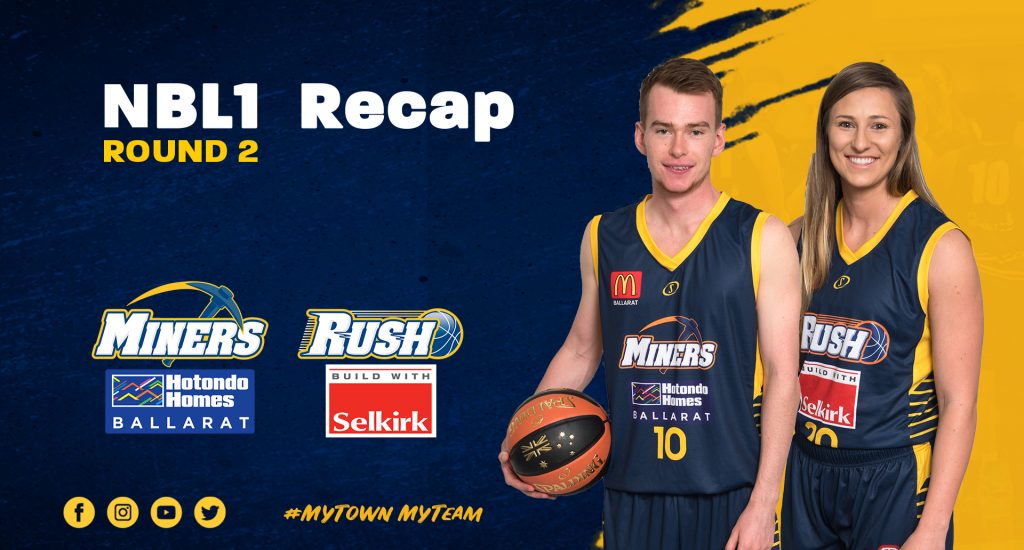 The Ballarat Bendigo rivalry continued once again for the last time at the Mars Minerdome on Saturday night. Both clubs taking one win away from the clash.

The Hotondo Homes Ballarat Miners played a fast paced game, to take the hard fought win over the Bendigo Braves, 94 - 86.

The young and quick Miners side exploded from the start to have a 15 point lead under their belt at the first break.

Bendigo were not taking this lying down however, with Deonte Burton (30 points at 64.3% and 6 assists) and Ray Turner (21 points at 6 rebounds) shooting Bendigo back in it and keeping the score line close.

Sam Short’s impressive 24 points with 71.4% shooting was helpful to maintain the lead, and was backed up by Kuany Kuany who finished on 21 points, 6 rebounds and 5 assists. Jerry Evans Junior was significant off the bench, with 22 points and 5 boards from the pine.

For the first home game a win definitely doesn’t get taken for granted, especially before a five game run away, but forward Josh Fox noted there was a few things for he and the team to clean up this week, namely rebounding and working out the right level of physicality, to curb foul trouble.

Fox also gave credit to Bendigo, mentioning that they play well together and can make some great shots and his side struggled to put the ball in the basket a bit and had some defensive lapses.

The fast paced game style is something that Fox and the Miners have emphasised, they want to score as quick as they can, and he noted the guys pride themselves on running a pretty good half court offence.

The Miners are meshing together really well, according to Fox, but are still learning each other, after having a limited pre-season together. He and the team are enjoying being under Coach Joyce’s reigns, and noted that Joyce is holding them all accountable, which is great.

The Selkirk Ballarat Rush however fell short to the Bendigo Lady Braves by 18 points, 55 - 73.

The Rush kept the first half close, playing a quick team orientated style of game, with only one point in it at the first break and with Bendigo’s late second quarter run, they went into the main break eight points down (31 – 39).

Unfortunately the Rush couldn’t claw back, and were unable to get the margin under five points.

Chanise Jenkins made a solid debut at the Mars Minerdome, excellent from 2-point range, finishing with 19 points, but only making 1 from 9 beyond the arc. 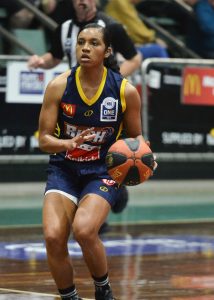 Centre Joy Burke, who finished with 6 points, 4 rebounds and 3 assists, mentioned, that she found the end score really disappointing because her and the team were fighting the whole game and by the end of it, it just got a way from them.

Burke noted the Rush are learning to play harder, and for each other this season, and compared to last week, and even pre-season games thinks that her side have elevated their game and gotten better. She noted knowing who to go to when they are looking for a basket or needing a stop and being able to execute it is so important and something they are working on.

Joy is aware of how crucial the third quarter is, and feels like her and the team need to come out with the same intensity that they start the game with, some bad decisions and turnovers in that term can then cost them the game.

With five games on the road ahead of them before a return to home court on 18 May 2019 against Basketball Australia COE, Rush will be looking to tidy up some elements of the game to ensure they come home with a few wins under their belt.