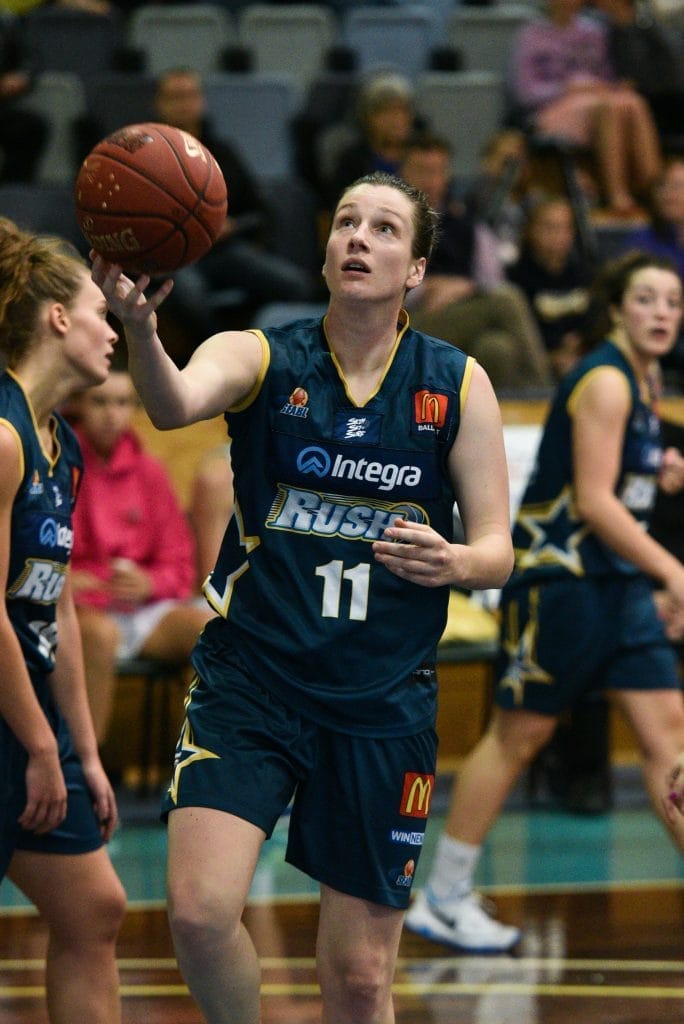 Rinaldi, a 255 game veteran has signed on for her 12th SEABL season and is excited to get back into it “We had a great year in 2016 despite missing finals, and I think if we can keep  the majority of the group together, then 2017 will be ever better”.

Rush Head Coach David Flint said “I was hopeful that Kristy would go round again and after some discussions it didn’t take much to get her to resign for another year.”

Flint continued “Kristy brings a wealth of experience and knowledge having played for so long and she is a massive asset to our up and coming younger Rush players, and one that our Junior Rush players can look up to.”

Rinaldi has been a consistent contributor to the Rush which ais outlined by her career statistics where she averages 9.7 points, 5.2 rebounds and 1.8 assist per game. Rinaldi’s best game in 2016 came against Brisbane on her home court where she scored 13 points and had nine rebounds and two assists.

Rush Elite Teams Chair Kym Cassells said “Having Kristy return to the Rush in 2017 was very important to our planning for the season ahead.  She provides great experience and leadership to our young team and we look forward to seeing her build on her games record.”

Rinaldi currently sits on top of the Rush/Lady Miners games played and fourth on the Club’s record. Basketball Ballarat’s Elite Teams Administrator Melissa Thomas said “We expect that by the end of the 2017 season that Kristy will become the second highest games played member of the Ballarat Miners and Rush, exceeding Braith Cox on 257 and Eric Cooks 262 with only GMHBA Miners Head Coach Eric Hayes sitting above her on 487.”

Both the Rush and GMHBA hope to be making more signing announcements in the coming weeks as both teams work towards finalising their rosters for the 2017 SEABL season.