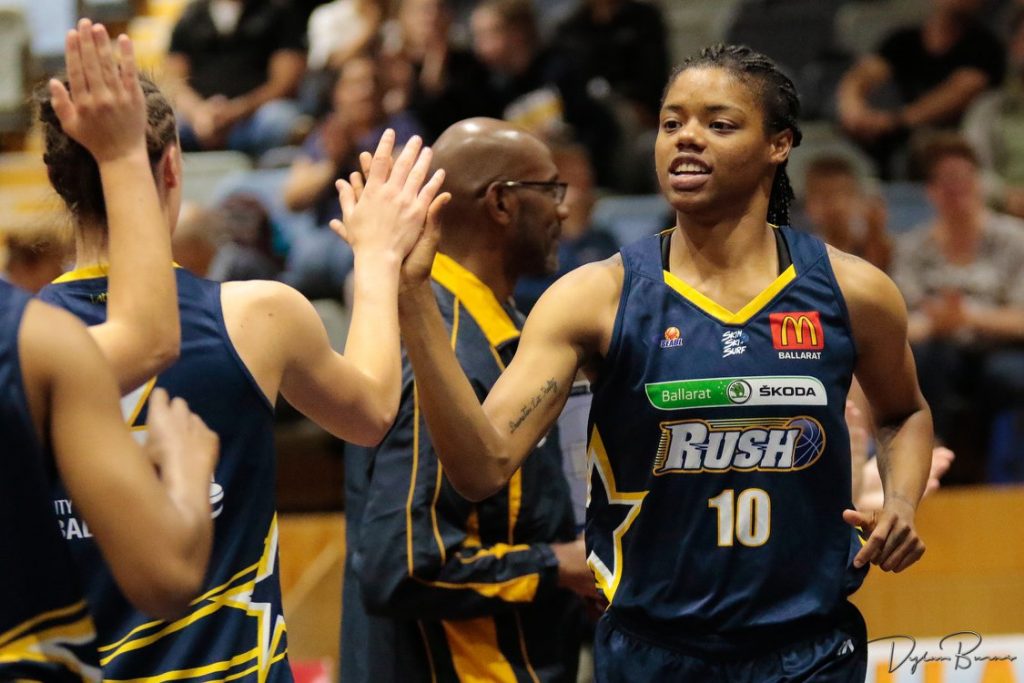 Elite teams administrator Melissa Thomas said “Courtney met with the Senior Elite Teams Committee this week and was informed that her contract would not be extended through to the end of the season.  The Committee were forced to make the hard decision that Courtney was not the right fit for our program and despite intensive work with her across a number of key performance areas, she was not able to meet the standard and culture required by the club.”

Williams completed her commitments with the Rush and Basketball Ballarat programs this week and has returned to the United States.

Thomas added “The Club is considering all options over the next two weeks before deciding on a possible replacement player.”

Rush Head Coach Eric Hayes expressed his disappointment at having to make a change to the team mid-season but felt that the change was necessary to ensure that the team maintained its tradition of not only recruiting talented players but also players who commit to our extensive community program.  This is the type of role model we want our local junior sports stars to aspire to follow.

The Ballarat Skoda Rush will play Melbourne Tigers on Saturday night in Oakleigh before enjoying a well-earned weekend off, before playing nine games in six weeks to end the season.