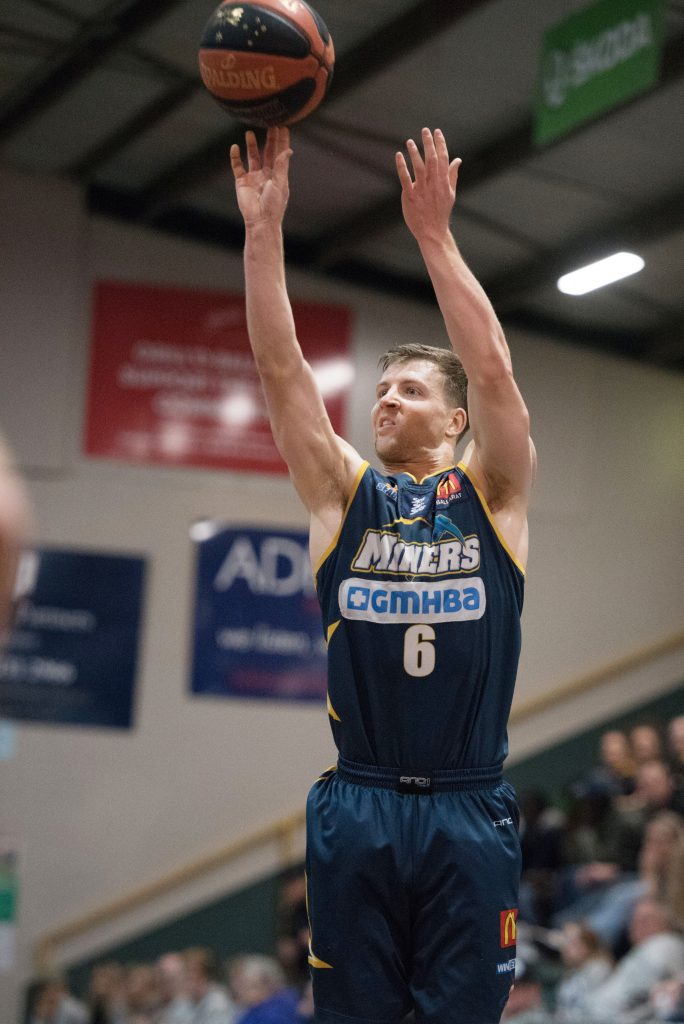 The Ballarat Miners managed to cement their spot on top of the SEABL South Conference Ladder, with a win over Basketball Australia Centre of Excellence and after a few results went their way on Saturday night.

Leading into their Home final next week, Ballarat defeated BA COE, by 11 points on Saturday night, 87 – 76.

Davon Usher scored well on 18 points and Marvin King-Davis spent a lot of time in the air, with 16 points and 10 rebounds.

Notably Craig Moller had a great 10 rebounds and 5 assists, with 100 gamer Ash Constable on 11 points. Sam Short contributed a handy 6 points, 4 assists and 3 steals, for the team.

BA COE’s Mate Colina was hard to stop with 32 points and 10 rebounds, and Daniel Grida made 15 points for the opposition.

Eric Hayes was happy his side could get the final home and away win, and get good results for Ash Constable’s 100th game and also for Chris Smith’s final regular season game, having announced his retirement from the game.

Despite the win, Head Coach Eric Hayes noted that “we will have to play better than that, next week, no matter who we play, if you aren’t playing at your best and you can get a win that’s certainly a positive thing as well.” But noted that next week a much more polished performance will need to be produced.

Eric praised the overall team effort, there wasn’t “any real stand out performers, I mean Pete shot the ball really well early, but really outside of that, it was probably just a good team effort, lots of people did their bit, at different times and it was enough for us to get a win which is really good.”

“We certainly are in a much better place, we have a great group of guys and they do play well together, but you set goals, you make the finals and that’s great, but that’s goal number one”, said Hayes.

In preparation for the first playoff game, Hayes said “we’ll just do what we do, we’ll do our work as we normally do, and we will be ready to play.”