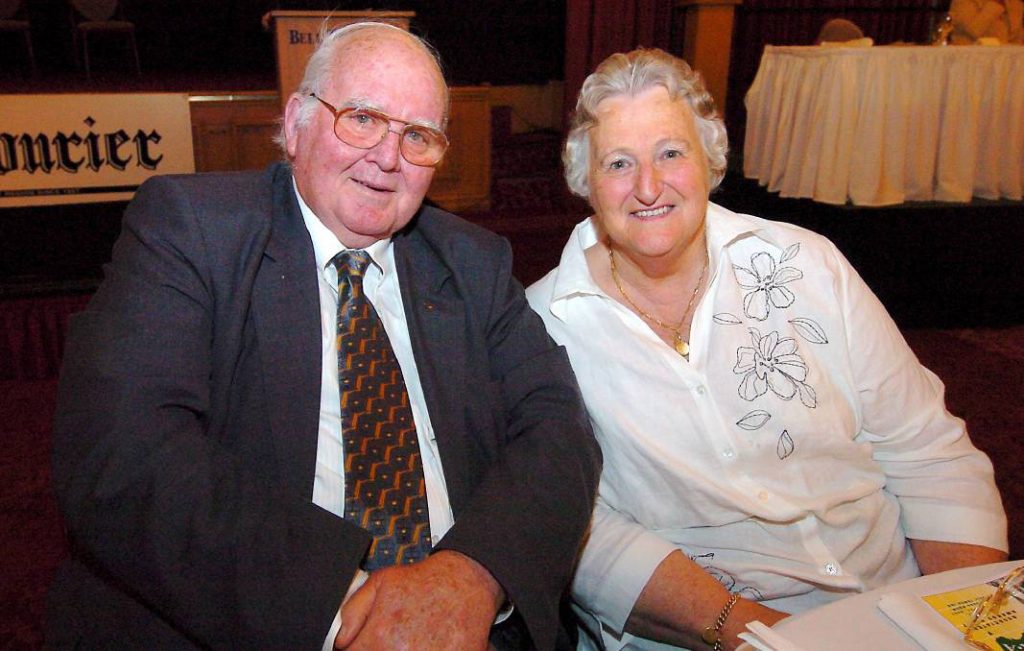 THE MAN credited with putting a bright spotlight on Ballarat Miners has been commemorated in the city’s new home of basketball.

Beloved former sports editor for The Courier Jim Murphy’s name is on the media and team briefing room at the new Ballarat Sports and Events Centre.

Basketball Ballarat recognises Mr Murphy, who died in 2009, for his critical work in raising the profile of the region’s marquee men’s basketball team from the Miners’ 1985 launch.

“It kept pressure on us, too. We had to keep up to the attention we were getting in the paper.” Dennis Foley

“It kept pressure on us, too. We had to keep up to the attention we were getting in the paper…Jim was instrumental in all our success to get crowds to the game and with that exposure comes sponsorship,” Mr Foley said.

“When we decided to enter the state championsihps one of the first things we did was see Jim and tell him we wanted to bring an extremely high level of basketball to Ballarat.

“We wanted to create a pathway for many talented juniors so they didn’t have to leave home to compete at a high level. We had a function for people who mostly knew nothing of basketball. We wanted to show people we could bring something high calibre to country Victoria.

“From that moment, Jim and his wife Una went to every home game and often travelled interstate with the team, too.”

“We wanted to show people we could bring something high calibre to country Victoria.” Dennis Foley

The Miners first home game sold out. In an unlikely comeback, the Miners nailed a shot with four seconds to play to win by a point. They finished the season ranked fourth in a competition featuring four national league contenders.

Mr Murphy’s work helped pack out Melbourne Tigers’ Albert park home arena with Ballarat fans for what is widely regarded as the Miners’ most pivotal wins – a six-point Tiger slaying for the Victorian Basketball Association title in 1989. The Miners were against a Tigers’ outfit featuring Andrew Gaze and Dave Simmons (father of Philadelphia 76er Ben).

Mr Murphy got The Courier’s then-editor Ted Cavey to the game in what was a “stop the presses” moment with Mr Cavey pulling the front and back pages to devote to Miners’ coverage.

For Basketball Ballarat, having Jim Murphy’s name in the Miners’ new home is a reminder for where the team has come from.

Mr Foley said this was also fantastic recognition for a man whose hard work, hours and passion for all community sport was invaluable. For without Mr Murphy’s legacy, Mr Foley doubted western Victoria’s indoor sport would be enjoying BSEC today.