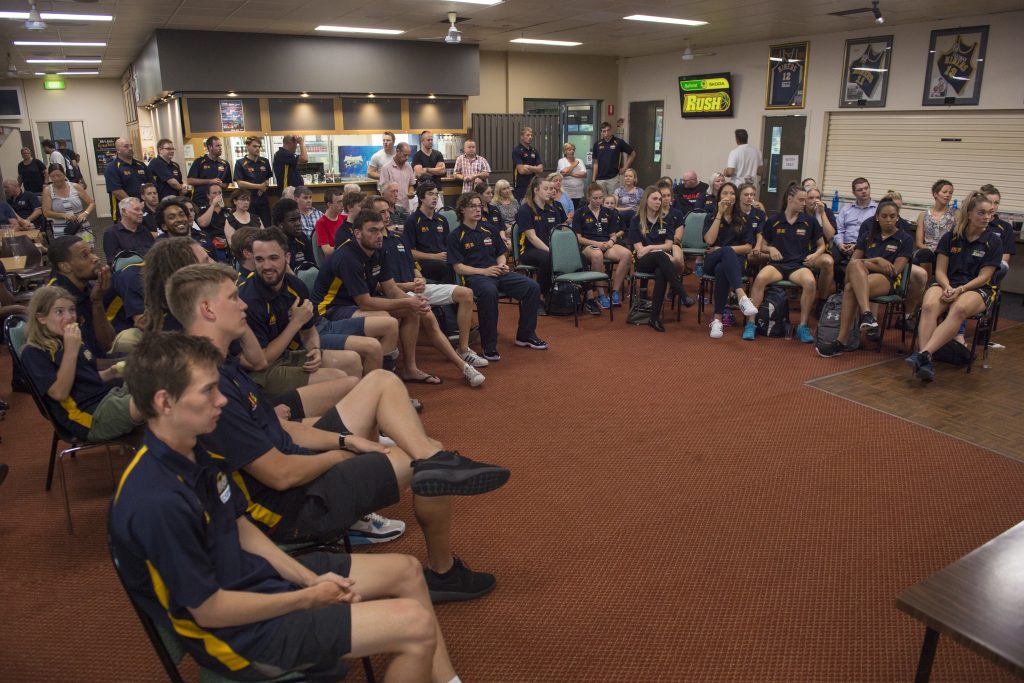 The Ballarat Skoda Rush and the GMHBA Ballarat Miners launched their 2017 season at the MARS® MINERDOME on Sunday.

The 2017 season sees five key players returning to the Rush squad, whilst adding 5 foot 7 import Guard, Jaterra Bonds from Gainesville, Florida. Jaterra played College Basketball with the University of Florida Gators from 2010 until 2014. In her final year, she averaged 14.3 points and 3.7 rebounds per game.

The Ballarat Skoda Rush will be assisted by the inclusion of the impressive Bonds, which adds to their capable roster of the tall Joy Burke, experienced Kristy Rinaldi and WNBL players Ashleigh Spencer, Molly Matthews and Lydia Brooks.

Local legend Karen Ashby presented the team with their playing singlets and wished them the best for the season ahead.

Having a bye round 1, gives the squad a bit more time to get the team together, before their first game in round 2 against the Geelong Supercats on 31 March 2017 at the Geelong Arena.

The GMHBA Miners 2017 season sees a new look squad, with the addition of imports Davon Usher and Marvin King-Davis and former University of Albany player Peter Hooley. A number of local favourites also have returned with, Ash Constable, Chris Smith, Sam Short, Cam McCallum, Tristan Fisher and Ross Weightman.  The squad is also boosted with the return of Craig Moller after his valuable experience in the NBL playing with the Sydney Kings.

Head Coach Eric Hayes noted that this year saw a strong community feeling within the people that make up the team for 2017. His squad has been working well together, on and off the court and believes that he has a great team in the making.

Training for the Ballarat GMHBA Miners is progressing well and the side is focusing on getting their game together. Each team member is working for each other and Hayes expects them to continue to improve with their skills and strength.

Glen White, former teammate of Eric Hayes and Ballarat Basketball champion, presented the team with their 2017 playing singlets and urged the side to work hard and looks forward to watching many wins.

The GMHBA Ballarat Miners also have a bye round 1 and open their season in round 2, against the Geelong Supercats on 31 March 2017 at Geelong.