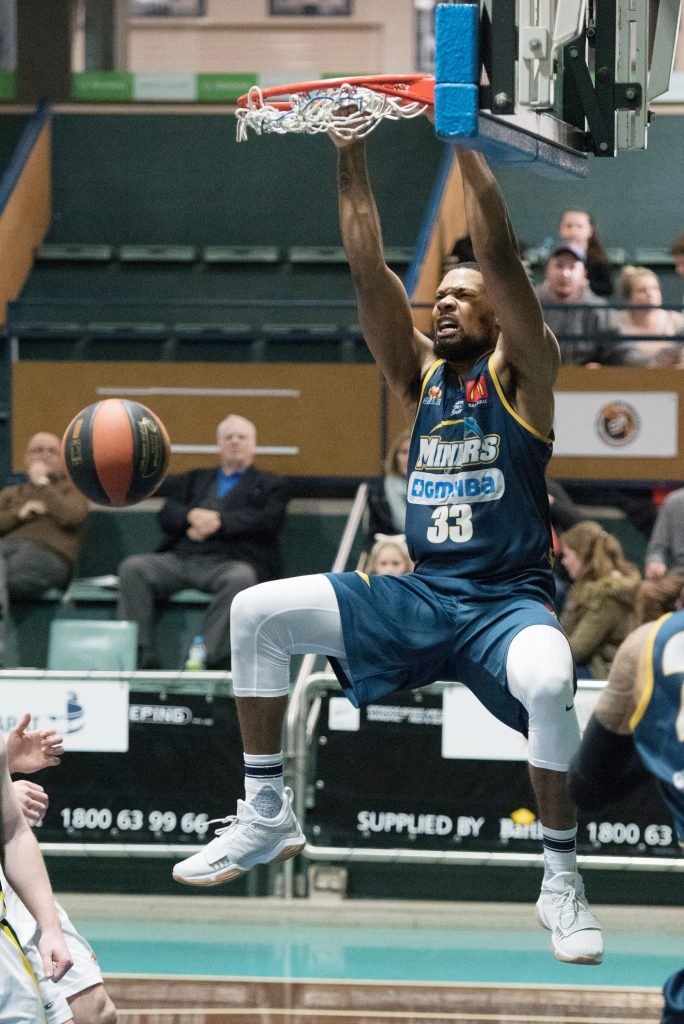 On paper, Marvin King-Davis definitely doesn’t disappoint, but to his credit is not only a great addition to the roster but to Ballarat’s program as well.

For the 2017 SEABL season Marvin averaged an impressive, 15.9 points and 6.9 rebounds, which proved pivotal to the Ballarat Miners success last season.

GMHBA Ballarat Miners Head Coach Nathan Cooper-Brown said, “Securing Marv for the 2018 season is a vital step in building on the success of last season. Marv provided unrivalled athleticism, and a strong post presence. Then through his hard work he started to develop his three-point shot which made him more difficult to guard.”

During the 2017 season, “Marv showed throughout the season what he was capable of on floor, highlighted by performances such as Dandenong where he dropped 33 points. We envisage seeing more of those kinds of outings next season, as Marv continues to tap into a ton of unrealized potential.” Said Head Coach Cooper-Brown, as he looks toward an exciting 2018 SEABL season.

Upon the re-signing of Marvin King-Davis, Cooper-Brown said “Marv is an excellent fit here in Ballarat, he is a wonderful teammate, and represented the program with pride in the greater community. We can’t wait to have him back in town.”

Marvin King-Davis is looking forward to returning to Ballarat and he said that he “expects the team to win the SEABL Championship this upcoming season” and chose to sign on for the 2018 season due to how much he enjoyed his time here during the 2017 season.

Marvin will return to Ballarat in late February 2018 to prepare for the upcoming season with his teammates.

Marvin joins the already re-signed Peter Hooley and Sam Short from the 2017 line-up, which will benefit the developing 2018 roster.