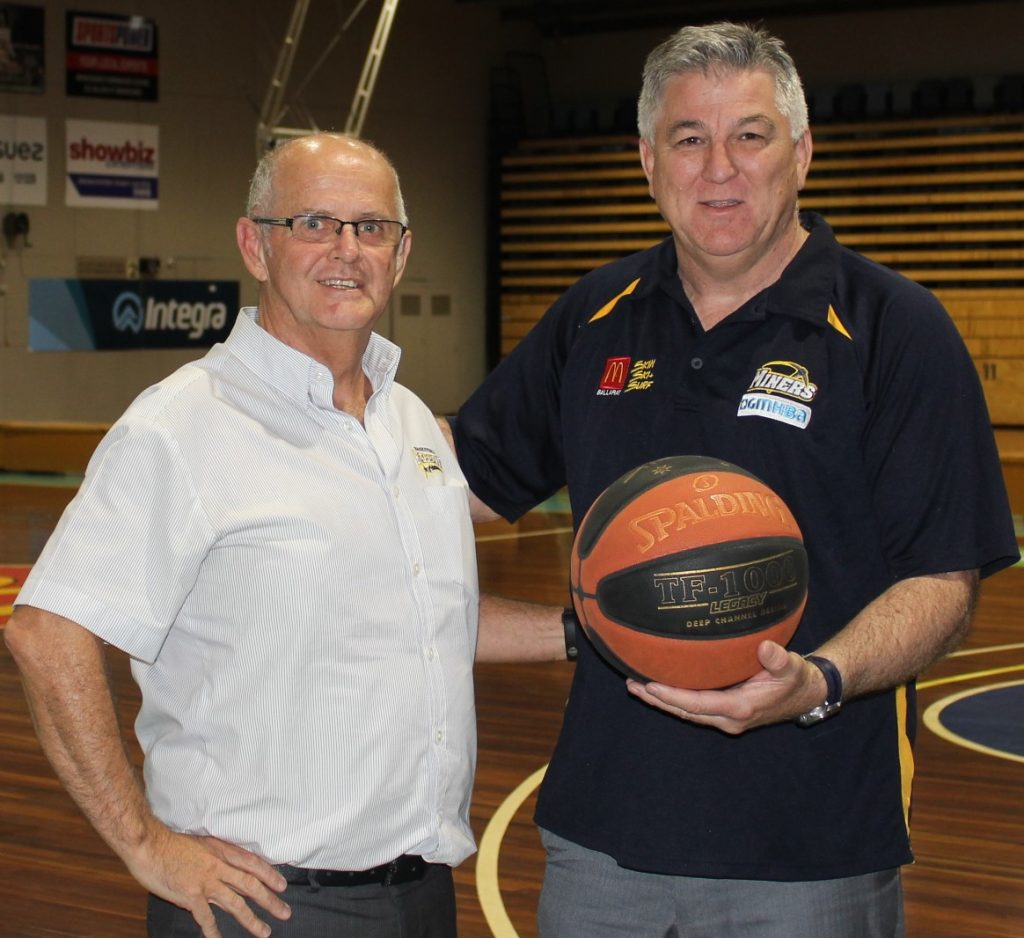 Basketball Ballarat CEO Peter Eddy today announced the return of a Ballarat coaching legend to take the reins as Director of Coaching and Head Coach of the Ballarat Miners for the next three years.

Brendan Joyce, who started his coaching with the Ballarat Miners in 1994 and in three years won two SEABL Championships before moving on to begin his NBL coaching career with the Wollongong Hawks, is returning to Ballarat to lead the program into the future.

Joyce has a stellar career as a coach and is one of the most successful coaches of the Australian National Basketball League. Joyce coached the Wollongong Hawks and then Gold Coast Blaze in more than 400 games, including one NBL Championship in 2001.

He also joined another former Miners Coach Brian Goorjian as an Assistant Coach from 2001 to 2008, including for the Australian Olympic Teams in Athens in 2004, Beijing 2008 and the Commonwealth Games in 2006.

Brendan Joyce was also the Head Coach of the Australian Opals from 2013 to 2016 including the Opals Bronze medal at Turkey for the 2014 World Championships for women and at the Olympics in Rio in 2016.

Born in Melbourne, Joyce was also a National Basketball League player for 13 years before beginning his coaching career.

In addition to his coaching career, Joyce has also been closely involved with High Performance development programs since 2009 when he was the Basketball Queensland State Performance Coach/ Manager for two years.

His achievements in the role as Opals Head Coach and Director of the Australian Women’s Centre of Excellence included a record three World Championship medals for U17 Gold, U19 Bronze and Opals Bronze with a 14-2 win loss record between 2013 and 2016.

Joyce brings extensive coaching and development experience at all levels of basketball to Ballarat at is enters an exciting new era as the lead Indoor Sports body in Regional Victoria and prepares to move into the new $24M Ballarat Sports & Events Centre.

Joyce has recently been working at Chisolm Sports Academy where he has been involved with the planning, development and implementation of the current curriculum. This community-focused initiative has seen significant enhancement of the playing and coaching development of youths in the South Eastern Region of Melbourne.

Joyce has demonstrated the knowledge, skills and attitude to effectively develop, implement and align successful High Performance Basketball Programs for both female and male athletes. He has also developed and worked with coaches at all levels in Victoria, Queensland, NSW and ACT and with the National Centre of Excellence Women’s program at the Australian Institute of Sport.

He has also presented seminars and lectures to a range of corporate organisations, including AFL and NRL clubs, and students studying psychology at the University of Wollongong.

In accepting this appointment Joyce said that he “looks forward to working with Ballarat’s Men and Women’s teams, the junior representative teams and with domestic clubs. I love the Ballarat community and l would be proud to represent once again this great regional community.”

“I strongly believe that nothing is more satisfying than assisting athletes, coaches, teams and organisations to achieve their goals and dreams,” Joyce added.

Brendan paid tribute to the work done by his predecessor Nathan Cooper Brown in setting the foundations of a strong, well cultured basketball program during his time in Ballarat. “Nathan has the program at the cutting edge of current basketball trends and development and my goal will be to add to this work in the years ahead” Joyce added.

Basketball Ballarat Director Cameron Moore added that “This is a significant appointment for Ballarat Basketball and we are delighted to welcome Brendan back to our community. Whilst Brendan has a very impressive resume, it was his proven ability to educate and develop which convinced us he was the right man for the job.

Brendan brings to us an enormous range of leadership qualities, which our players and coaches will greatly benefit from. We are really excited about what he can achieve within our basketball program in the coming years.”

Brendan Joyce will take up work in the role immediately and he and his wife Jo will relocate to Ballarat in January.