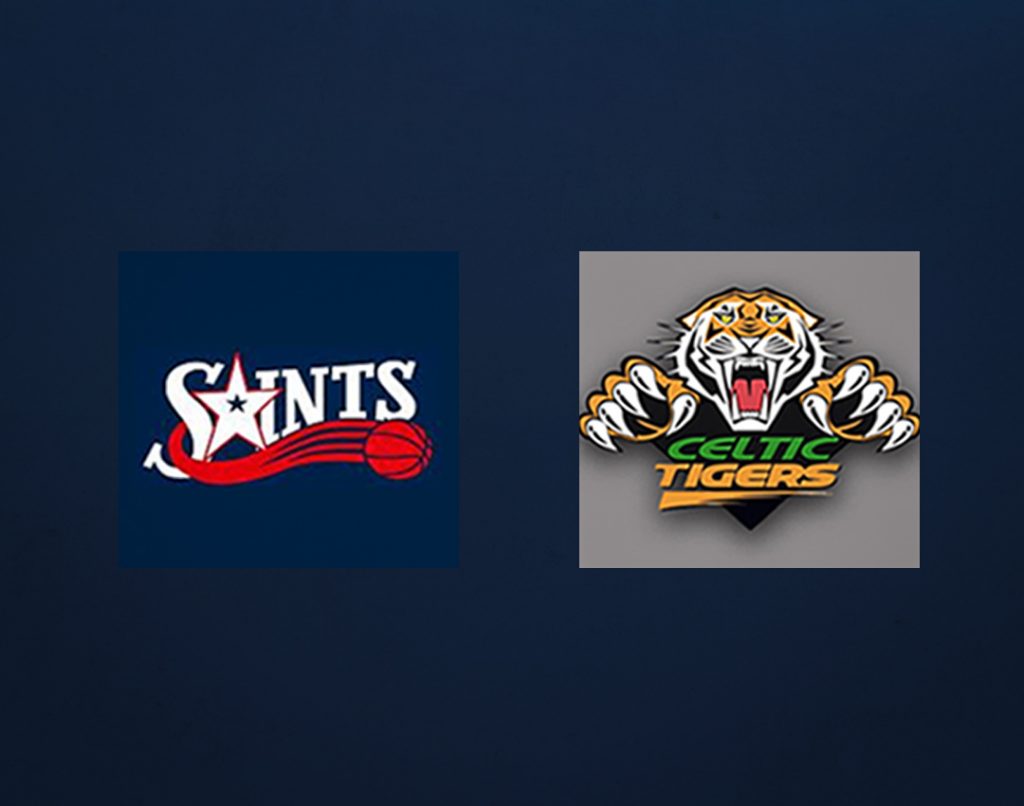 Its going to be an all Saints vs Celtic finals night on Monday when Celtic Spaces do battle with Saints for the A Men Championship title, while Saints and Celtic Tigers battle it out for the women’s A Grade also.

On the Women’s side Saints have been the stand out team all season long only dropping 1 game on their way to the final. A star-studded lineup of young talent coupled with experienced players seems to be a great recipe for success. Saints are reaping the benefits early of a successful junior program with 4 “babies” playing exception basketball in the open age groups. Coupled with ex- Miners who provide so much for these young players to develop their basketball skills whilst giving some really handy output each game. A difficult task for any team to contend with.

But don’t write off this young Celtic team either! Again, reaping the benefit of a strong junior program this Celtic Tigers team has young stars everywhere. Lead by current NBL1 players Millie Cracknell and Annie Collins who have finished off their season are full of noise and when they are on will push Saints right to the end.

The game tip off will be 8.15pm on court 1 at Selkirk Stadium Monday 12th of September.

The Men’s side of the draw much like the Women’s is the two best teams for the year squaring off. Celtic Tigers Spaces have won 3 of the 4 matches between the sides this season, but Saints won the last encounter only 2 weeks ago. Saints have again been well led by young players who are showing their worth from a strong junior program with the Saints and also representative basketball and will be pivotal to their success come Monday. Nicholas Robinson has led all scorers this season averaging 24 points and has shot the ball well from long range.

Celtic Tigers Spaces on the other hand have a tried and tested lineup with the boys all playing a lot of basketball together over many years. Big bodies that like to get good close-range shots will be a handful to stop. James Sutherland has led the way in scoring for the team with 19.3 points per game and has a way of getting to the rim to score. His length makes it tricky to defend.

The game tip off will be 8.15pm on court 2 at Selkirk Stadium Monday 12th of September.