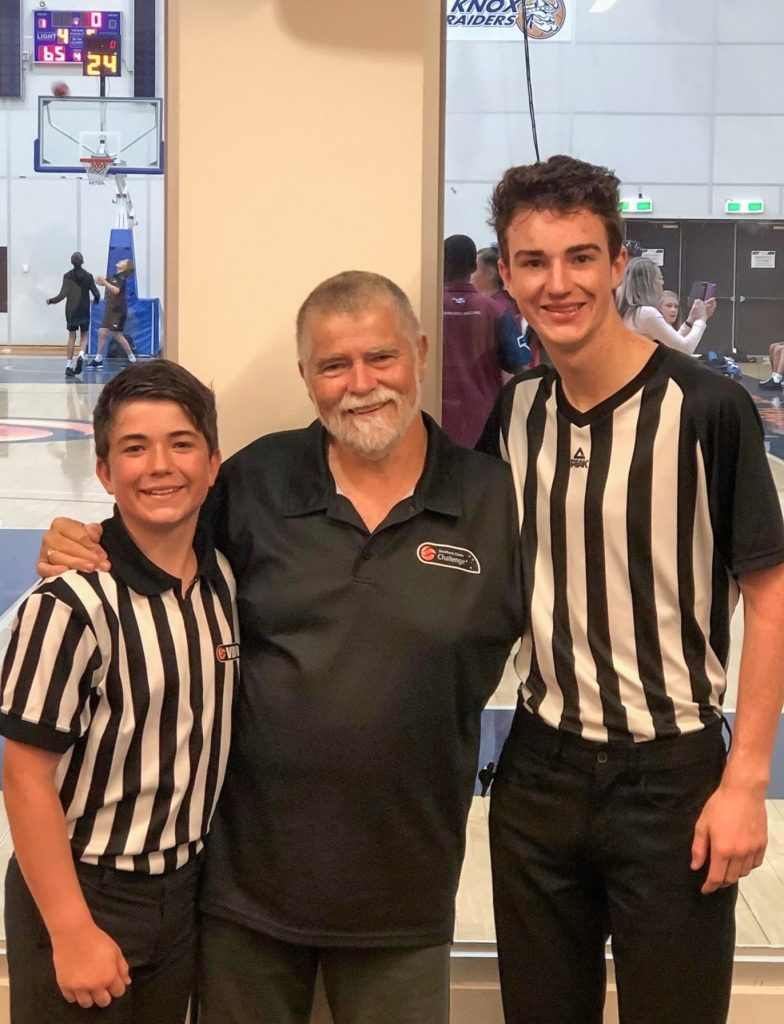 Neil began refereeing in 1980, and has been a great influence on not just referees, but all those involved in basketball. His commitment has seen him as a Referee Adviser in many different associations, including Knox, Kilsyth, Ringwood, Ballarat and Ararat. He is a currently level 2 referee, and grade 3 referee coach as both an advisor and in leagues.

Neil’s presence around Ballarat is widely known throughout junior and senior teams, and our refereeing body. His rapport with our referees and extensive knowledge plays a huge role in the development and progressions of our promising juniors and seniors. He has been recognised previously by Basketball Victoria with a 35 year service award, as well as Basketball Victoria Country Referee Development Program in 2016.

Neil’s grade 3 referee coaching has also seen him across most leagues in Victoria, including WNBL, SEABL, VJBL and Big V. He has also referee coached at events such as Zebra Tour, Southern Cross Tournament and National Junior Classics and has also seen a presence at Albury Cup.

Neil’s Life Member award is well and truly deserved, and a high honour that reflects his commitment to basketball and refereeing well. We look forward to seeing him around the stadium to congratulate him in person once competitions return!