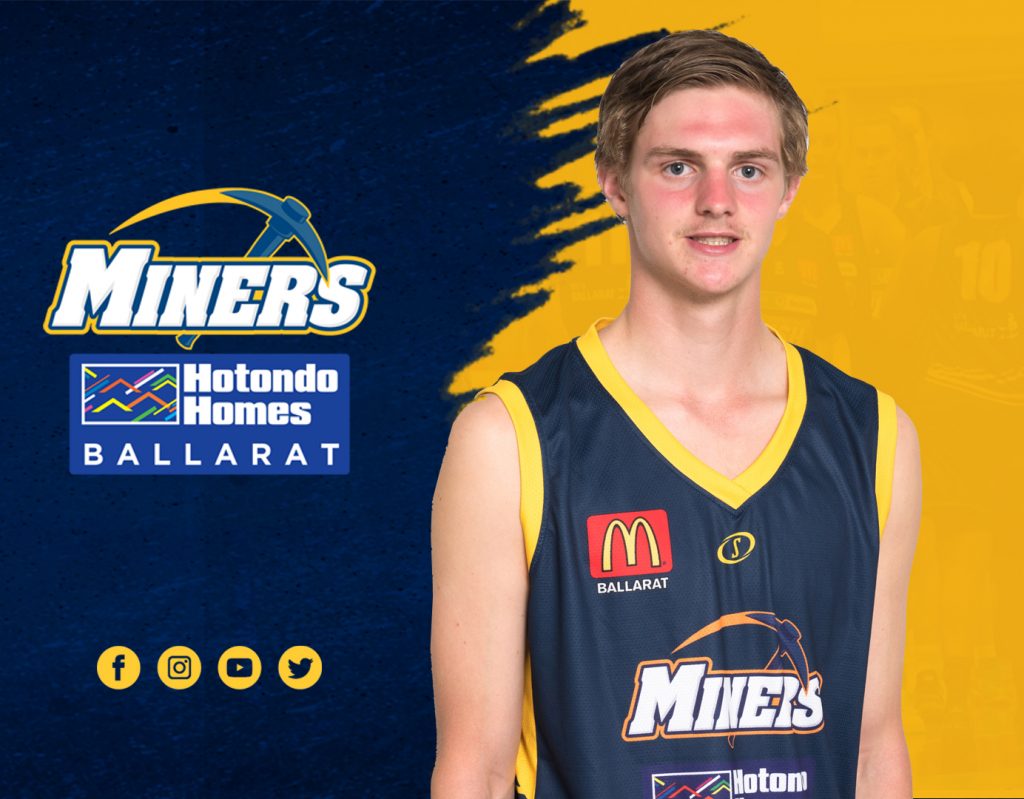 The Hotondo Homes Ballarat Miners have finalised their squad ahead of an exciting double-header in Nunawading tonight to open the inaugural NBL1 season for 2019.

Following the announcements of some exciting imports, home-grown talent and NBL experienced players, the Miners are happy to be adding some junior players to the fold.

A great story of perseverance, he is excited to be a part of the 10-man squad for the Miners, as they look to go one step further and win a championship in the NBL1.

“I am very grateful for the opportunity to play for the Miners and represent Ballarat in the NBL1. I am excited to get the chance to play with such high-quality players, plus learning from a very high-level coach,” he said.

Originally from Ararat, Dunmore plied his trade with the Redbacks throughout his juniors, before being selected in his first Ballarat squad team in 2015.

Travelling up and back from Ararat, an hour drive each way, it was a big commitment by Dunmore and his family, one that has paid off as he prepares for his first season in the NBL1.

“The travel was a little bit of a challenge for me and my family … luckily my whole family wanted to help me as much as they could to make sure I could achieve my goals,” he said.

Following two-years in the Thrifty Ballarat Juniors, Dunmore made his debut at the youth league level in the Big V. It is here that he has developed his play that has helped him join the senior team.

Head coach Brendan Joyce has been impressed with Zac’s pre-season and expects some great improvements during the upcoming season.

“Zac is another hard worker who has been a standout at practice … we are continually working on developing his skill package to play as a combo guard at the one and two positions,” he said.

Joining Dunmore on the extended squad will be development players Will Hynes, Amos Brooks, Ethan Fiegert and Blake Allison.

They will lead the McDonald’s Ballarat Miners Youth team, who have begun their season 3-0, but will be available for coach Brendan Joyce when they are required during the season.